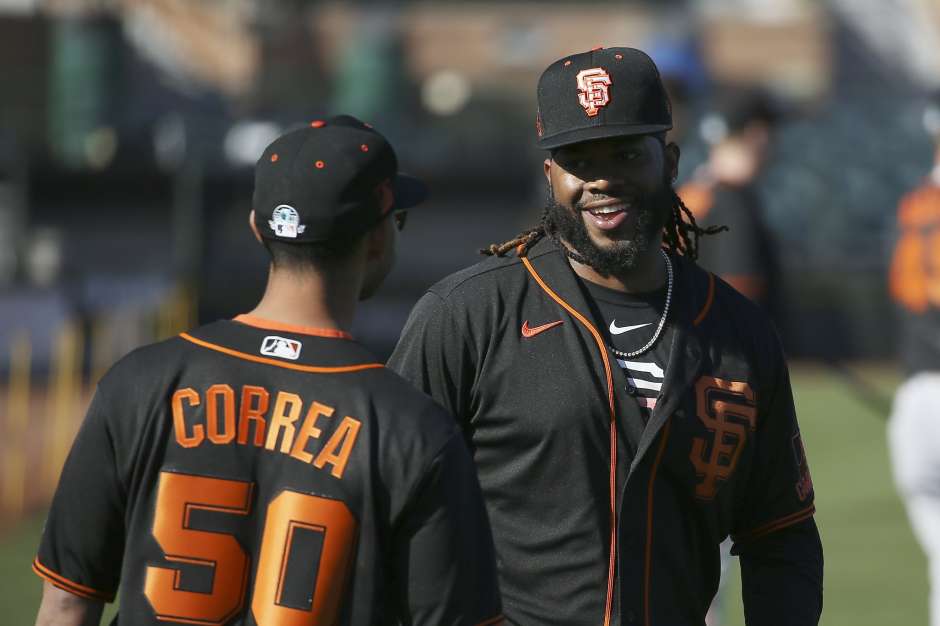 #1 Talk about Johnny Cueto is he back healthy again he says he ready to come back, can he stay the test of time for a whole baseball season?

#2 Cueto pitched for 2 2/3 innings on Wednesday then gave up four runs but Cueto said he was happy to get 49 pitches in.

#3 The Giants catcher Joey Bart ranked number seven on ESPN’s 100 prospect list and Giants TV analyst Mike Krukow said Bart should not be brought up to the show just to sit on the bench.

#4 The Giants pitcher Tyler Beede had an MRI on Tuesday and it revealed that he had a flexor sprain and UCL sprain and he could be considered for Tommy John surgery.

#5 What’s up with Yapson Gomez’s delivery in relief for the Giants he has that hesitation delivery and moves the suspended leg and then delivers.

On the Giants podcast with Michael on http://www.sportsradioservice.com