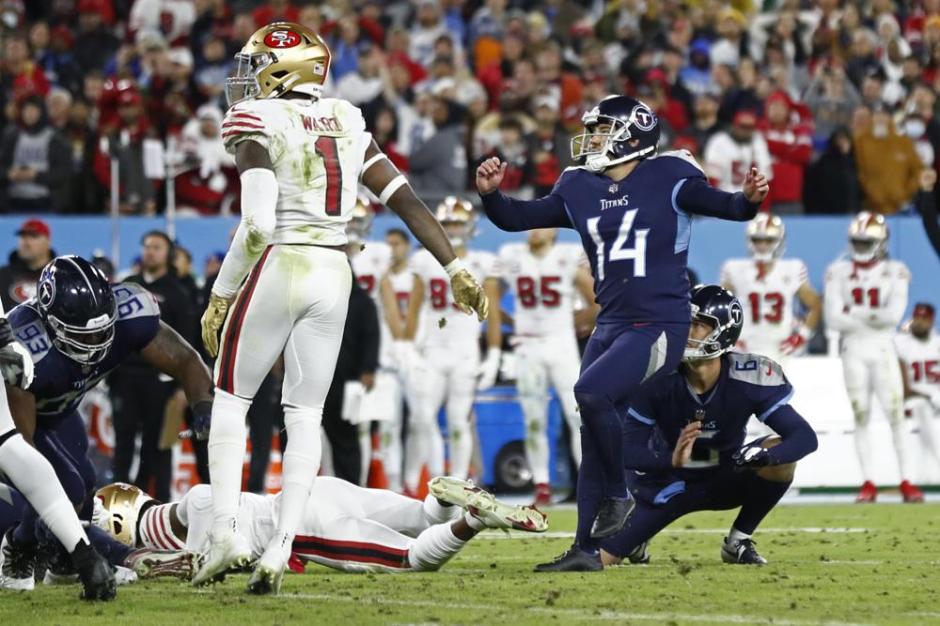 On the 49ers podcast with JHawkes:

#2 In the second half the Titans turned the tables with some defense of their own allowing the 49ers to score only one touchdown in the fourth quarter and the Titans scoring ten points in each of the second and third quarters.

#3 Joe, talk about the Titans down 10-0 and rallying back like they did. Ryan Tannehill got the Titans in the red zone in those third and fourth quarters which paid off for the three point 20-17 win over the 49ers.

#4 The 49ers just completely could not getting anything going on offense as the Titans stopped them talk about quarterback Jimmy Garoppolo and his throwing against the Titans defense going 26-35 for 322 yards, one touchdown and it was the turnovers that was the difference two interceptions.

#5 The 49ers host the Houston Texans (3-11) on Sun Jan 2. The Texans face the Los Angeles Chargers Sunday. The Texans have lost seven out of their last nine games and just about a lot of things have gone wrong for the Texans. Joe how do you see this match up between the 49ers and Texans on Sun Jan 2 at Levi Stadium.

Join Joe Hawkes for the 49ers podcasts each Sunday joins us for a special Friday edition at http://www.sportsradioservice.com