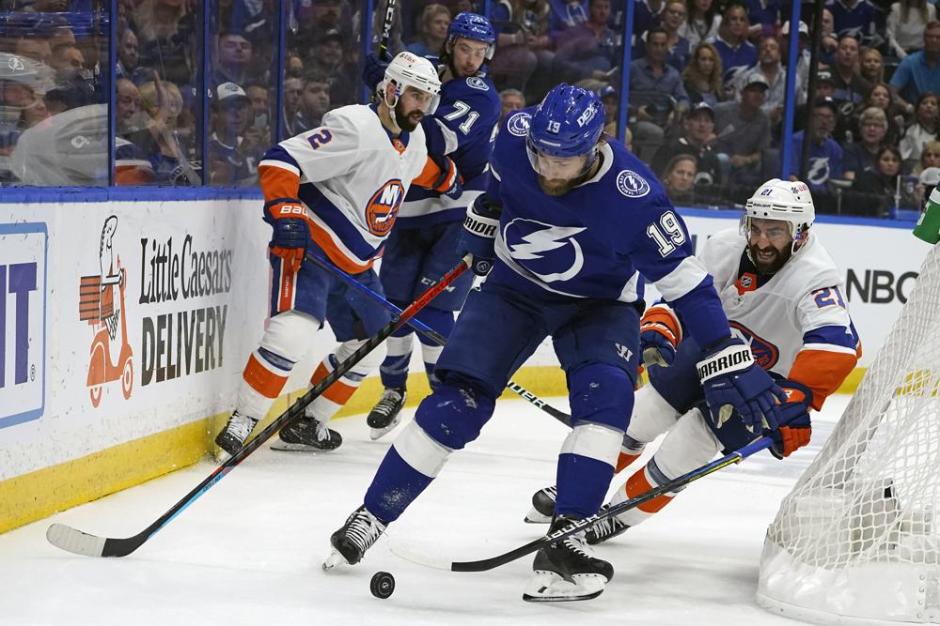 #1 Marko the Tampa Bay Lightning just dominated the New York Islanders 8-0 in game five to take a 3-2 lead in the Eastern Conference Finals on Monday night.

#2 The Lightning’s Steve Stamkos scored twice and goaltender Andrei Vasilevskiy threw a shutout on Monday night and stopped all 21 shots.

#4 Marko, what would you say lent to the Islanders just completely getting dominated in game five a shutout and the Bolts just lighting the lamp all night?

#5 Game six is tonight at the Nassau Coliseum the Isles have home ice and there is little doubt that they’ll play this one like their lives depend on it hoping to come away with tying the series. For the Lightning if they have any of that same momentum they had on Monday night they could put this one away and move onto the finals tonight.

Marko filled in for Len Shapiro for the NHL Stanley Cup Playoffs podcast heard with Len Wednesdays at http://www.sportsradioservice.com