Saturday night the Las Vegas Aces (13-4) took on the Washington Mystics (12-9) at Michelob ULTRA Arena in Las Vegas and the Aces came away with their second straight loss 87-86. It was the first time the Aces have lost multiple games this season.

The Aces are coming off a disappointing loss to Chicago 104-95 Tuesday night. The Sky came back from 28 points down, the largest comeback in WNBA history. Las Vegas does didn’t want to repeat anything even remotely close to that. They were looking to get back on the winning track.

With four minutes left in the game Las Vegas trailed 75-72. The Aces were able to tie the game with 7.7 seconds left on the clock. Chelsea Gray tied the game when she hit from downtown. The game was tied at 83 at the buzzer and this game went into overtime. The Aces couldn’t hold on and lost by three points in favor of the Mystics. A tough loss for the Aces.

Las Vegas had opportunities but couldn’t take advantage of them in overtime. Kelsey Plum and Jackie Young each had 20 points. A’ja Wilson had 14 rebounds and 17 points. The Aces had 16 steals yet they were unable to pull this game out. This is the second meeting for the Aces facing the Mystics and they had lost each time. The first time in Washington losing 89-76 on May 10th.

The Aces hope to bounce back Monday night when they take on the LA Sparks. Tipoff is scheduled for 7:30 PM PT. 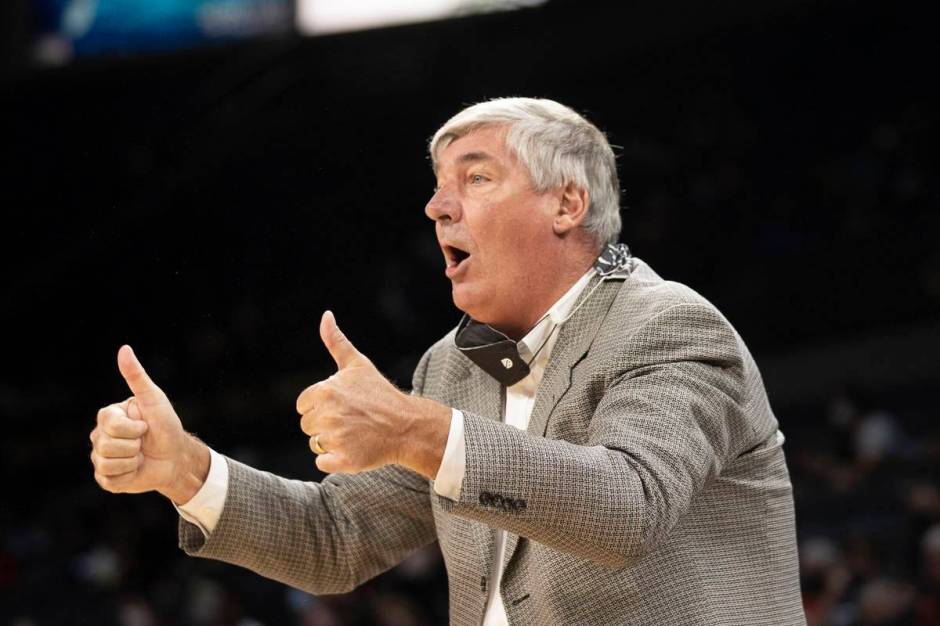 Tuesday night the Las Vegas Aces took on the Washington Mystics a second time after winning an amazing game against them on Sunday The Aces had to fight and claw their way back into that game and so tonight’s game was expected to be another marathon.

The Aces won Sunday’s game by a single point 84-83. Las Vegas had a slow start in that game that put them completely behind the eight ball and set up a near loss for the team.

Tonight the Aces came out of the gate and had the lead after one quarter 23-21. Although the Mystics played Las Vegas tough in the quarter they could not get on top of them.

Washinton really turned things around in the second quarter. At the half the Mystics had taken the lead 49-41. The Mystics were taking charge in this game, at least in the first half. They would have to keep the pressure on in the second half of this game which had all the makings of another nail biter.

In the third quarter the Aces got back on top and going into the fourth quarter they had taken a slim lead 69-67. This game could not have been any more competitive between two seemingly equal opponents.

It was the fourth quarter that sealed the deal for the Las Vegas Aces. They outscored the Mystics 24-16 and cruised to a 93-83 win.

We saw a determined Las Vegas in this game. They refused to entertain another one point game. Four of the Aces starters shot in double digits. A’ja Wilson had 19 points, Liz Cambage shot 15 along with 13 from Chelsea Grey and 10 from Riquna Williams. The team got an amazing 24 points from Kelsey Plum off the bench.

The Aces now have a 17-6 record and sit at the top of the league with the Storm still to play tomorrow. Next up for the team will be the Connecticut Sun. Tipoff is schedule for Tuesday August 24 at 4:00 PM

Las Vegas Aces A’JA Wilson led the Aces with 20 points and a double double against the Washington Mystics on Sun Aug 15, 2021 at the Mandalay Events Center in Las Vegas (image from @LVAces)

Las Vegas Pulls Off A Dramatic Come From Behind Win

June 5th in review: The last time the Las Vegas Aces and the Washington Mystics met was on June 5th and the Aces narrowly won that game by the score of 96-93.

Right now the Aces have a record of 16-6 and the Mystics have a 8-11 record. After their last meeting the Las Vegas Aces were slightly favored to win this game.

Being favored doesn’t always translate into a win as Las Vegas was soon to find out.

Sun Aug 15th game recap: Sunday’s game was a shocker at least in the first quarter. The Mystics outscored the Aces 27-15 and while it did get better in the second quarter Las Vegas was playing at a steep deficit.

At the half the Aces trailed by the score of 50-35 in a first half drubbing. A’ja Wilson had only scored 7 points in the first half and there were no double digits to be had by Las Vegas. On the other hand the Mystics Tina Charles and Myisha Hines-Allen both had scored double digits. Charles had 16 points and Hines-Allen with 10.

The Aces had a lot of trouble getting going in the first quarter and even though they played fairly even in the second quarter they were clearly behind the eight ball in this game, struggling mightily. We have seen them in the past come from behind and win and they would need all onboard to come away with a win in this game.

As the third quarter wore on it became evident that the Aces were in deep trouble as the Mystics continued to pour it on showing now signs of relinquishing the lead. The Aces did outscore the Mystics in the quarter but only by a single point and they would a whole lot more in the fourth quarter to get by Washington.

As we have seen before, Las Vegas began to pour in on in the fourth quarter. There was just under five minutes left in the game and the feisty Aces had pulled to within six points 76-70.

With 4.6 seconds left on the clock Las Vegas took the lead 84-83. A failed shot by the Mystics Ariel Atkins gave the Aces the improbable win.

Las Vegas got a very slow start in this game but they were gangbusters at the end. A’ja Wilson finished with 20 points, Liz Cabbage had 17 and Jackie Young had 14. While it was an amazing comeback, the team does not want to fall behind in a game the way they did in this one anytime soon.

Next up for the Aces will be this Tuesday when they will again take on the Mystics. Tipoff is scheduled for 7:00 PM.

Las Vegas Aces Head Coach Bill Laimbeer was furious after he did not get a crucial timeout in the waning seconds of Game One against the Washington Mystics, but his team stepped up when it counted most.

With their back against the wall, as the Aces trailed the Mystics two games to none in the best of five semifinal series, Liz Cambage was the leader on this night.

”Our focus is win our home games,” said Cambage, who finished 12 of 15 from the field. ”It would have been nice to win one in Washington, but we know coming back here we’d have our fans to lift us up, we’d have our homecourt – we just had to get the job done tonight. It’s a playoff series, that’s the beauty of it, you learn on the run and all of the mistakes we made in the first couple of games, we really focused on fixing them and getting the job done tonight.”

The loss by the Mystics stopped a eight game winning streak, as they last lost on August 23 against the Chicago Sky.

AJa Wilson scored 21 points, and Kayla McBride chipped in with 18 and the Aces forced a game four on Tuesday night in Las Vegas.

‘I thought that they got into their post game better tonight, we didn’t do as good a job,” Washington coach Mike Thibault said. ”They put more pressure on us and we didn’t shoot the ball well. The same people that made a lot of shots the other night didn’t make shots today and that was the difference. This is the first really stinker of a game we’ve had in a long time.”

The Aces took the lead for good In the second quarter, as they trailed by two; however, after a 12-0 run over a four minute period, the Aces took a 10-point lead and never gave up the lead.

NOTES: Kelsey Plum was in the starting lineup after coming off the bench in the first two games of the series, and scored nine points and also dished off nine assists.

UP NEXT: The Aces and Mystics will meet on Tuesday night in Game Four at Mandalay Bay Events Center.

Associated Press contributed to this report