Los Angeles Angels Matt Harvey shown pitching against the Houston Astros on Jul 18, 2019 at the Big A in Anaheim the same year he was to have taken oxycodone pills with the late Angels pitcher Tyler Skaggs (AP file photo)

On Headline Sports with Jessica:

#2 Skaggs died from  asphyxiating on his own vomit and had oxycodone and cocaine in his system. Eric Kay the Angels former Communications director was convicted for distributing the drugs as five former Angels players testified. Kay is looking at 20 years in jail.

#3 Rory McIlroy and Tiger Woods said it was “unfortunate” and “sad” that Phil Mickelson is not attending the 2022 PGA Championship. Mickelson is taking some time away from golf. Mickelson said that he was going to join the Saudi Super Golf League and had said even with the knowledge that the Saudi King was alleged to have ordered the killing of journalist Jamal Khashoggi Mickelson said he would still be interested in joining the Saudi Super League and got a lot of criticism for that decision and has been quite since.

#4 Jessica, the NBA is working with the WNBA on Phoenix Mercury star Brittney Griner’s release from a Russian prison. Griner had been imprisoned since February and NBA Commissioner Adam Silver and WNBA Commissioner Cathy Englebert are working side by side. Silver said that he’s been working with the White House, State Department, and hostage negotiators for Griner’s release. The Russian Government has offered to release Griner for the Merchant of Death Viktor Bout.

#5 Jessica, the Boston Celtics played last night against the Miami Heat in game 1 of the NBA Eastern Conference Finals in Miami. The Celtics were without Al Horford health and safety issues and Marcus Smart is out with a foot injury both are day to day and could return Thursday night.

Phil Mickelson seen here at the PGA Championship golf tournament on the Ocean Course, Saturday, May 22, 2021, in Kiawah Island, S.C. has vied not to play at the Augusta GA Masters this April 7-10, 2022 (AP file photo)

#1 Phil Mickelson has pulled out of the Augusta he was invited and was not disinvited according to  Augusta National Golf Club chairman Fred Ridley. Mickelson had said he was going to look into joining the Saudi Super Golf League and leave the PGA. Mickelson has not played in a PGA event in two months.

#2 What hurt Mickelson most was when he said, “They killed (Washington Post journalist Jamal) Khashoggi and have a horrible record on human rights, Knowing all of this, why would I even consider it? Because this is a once-in-a-lifetime opportunity to reshape how the PGA Tour operates” said Mickelson in his book “Golf’s Most Colorful Superstar.”

#3 Tony, Tiger Woods says he’s feeling pretty good and said he had to have Nike custom make shoes for him that would take a lot of pressure of his back and help his golf swing. Tiger said he’s ready to get back and play in the Masters in Augusta April 7-10.

#4 Turning to Major League Baseball the Oakland A’s are in Philadelphia this Friday to open the 2022 season they have pretty much fire saled much of their veteran talent including former starter Sean Manaea who they sent to the San Diego Padres for two prospects. The A’s are expected to struggled this season and end up in last place in the AL West.

#5 Tony, the San Francisco Giants will be without starters third baseman Evan Longoria and outfielder LaMonte Wade Jr. due to injuries. The Giants will be starting their number one ace Logan Webb who had a great 2021 and are hoping for big things from him in 2022.

Join Tony Renteria for Headline Sports each Thursday at http://www.sportsradioservice.com 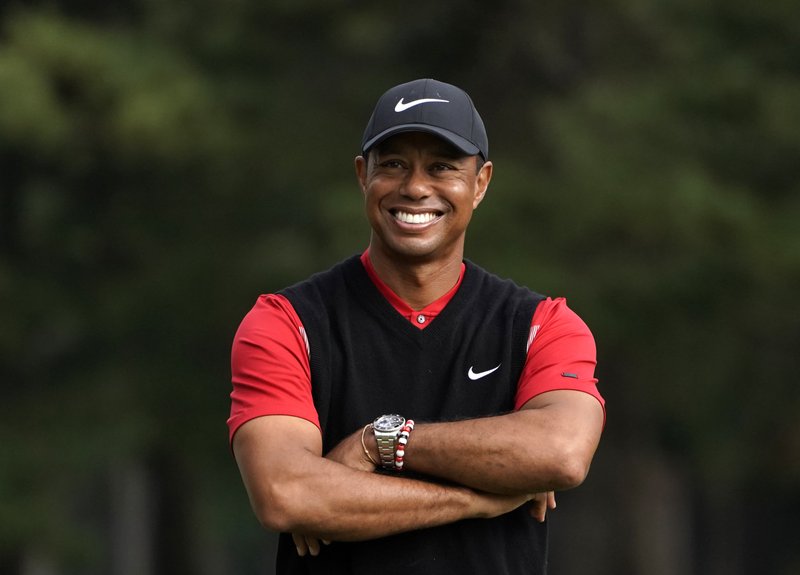 Tiger Woods is rehabbing and says his right leg is feeling better and stronger and is headed to his South Florida home after being released from UCLA Medical Center on Tues Mar 16, 2021 (AP Sports file photo)

The recovery of golf superstar Tiger Woods has be nothing short of miraculous. Woods who was involved in a roll over SUV accident in Los Angeles on Feb 23 in Paso Robles while trying to attend a TV/Golf Digest shooting event at Rolling Hills Country Club when he rolled the vehicle fracturing his right leg. Woods was released from UCLA Medical Center today.

Woods 45, released a statement thanking his supporters for all their support during his time recovering from the accident, “Happy to report that I am back home and continuing my recovery. I am so grateful for the outpouring of support and encouragement that I have received over the past few weeks,” Woods said.“Thank you to the incredible surgeons, doctors, nurses and staff at Harbor-UCLA Medical Center and Cedars-Sinai Medical Center. You have all taken such great care of me and I cannot thank you enough.”

Woods says he’s getting better and stronger each day with rehabbing and is heading to his South Florida home where he will recover there. Woods rolled his vehicle in the Paso Robles area of Los Angeles and had screws and pins inserted in his ankle and foot. Woods had swelling on his right leg and had to have surgical release for the muscle and tissue.

Woods had back surgery in December a microdiscectomy procedure for a pressurized disc fragment in his back. The December back surgery was his fifth back surgery and Woods had four surgeries on his left knee.

Jeremiah Salmonson is a staff writer for http://www.sportsradioservice.com 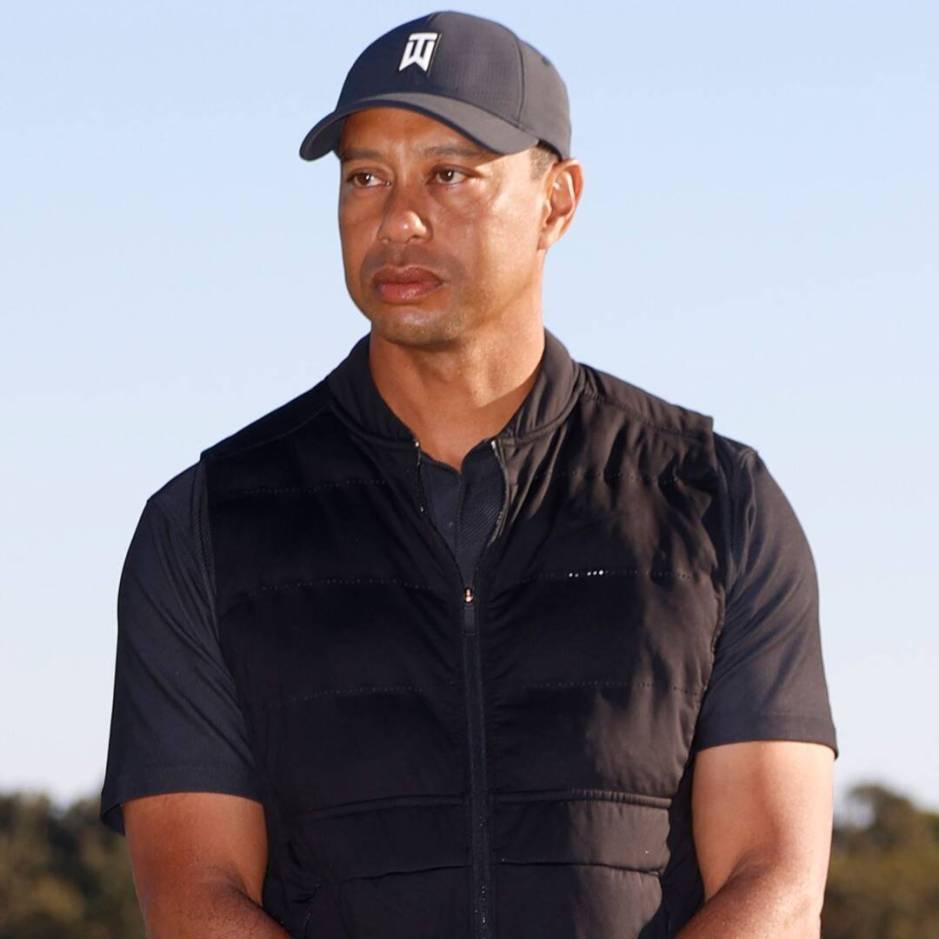 Tiger Woods is resting at a UCLA Medical Center Hospital after being involved in a roll over accident in Rancho Palos Verdes on Tue Feb 23, 2021 (AP News file photo)

According to Alex Villanueva, Sheriff of LA County at 7:12 this morning in Rancho Palos Verdes, California, Tiger Woods was injured as he was driving a 2021 Genesis SUV on loan from the Genesis Golf Invitational Tournament, on his way to Rollins Hills Country Club for a promotional shoot for the Discovery Channel on golf with New Orleans quarterback Drew Brees, and Justin Herbert, Quarterback of the LA Chargers.

Woods was the only person involved in the accident. His injuries are to both of his legs and ankles and not life threatening, according to the first report. He is in serious condition and remains in the hospital this afternoon where he underwent surgery. The Sheriff said that Tiger Woods is lucky to be alive.

LA Times updated reports: “Mr. Woods suffered significant orthopedic injuries to his right lower extremity that were treated during emergency surgery by orthopedic trauma specialists at Harbor-UCLA Medical Center, a level 1 trauma center,” Chief Medical Officer Anish Mahajan said in the statement. “Comminuted open fractures affecting both the upper and lower portions of the tibia and fibula bones were stabilized by inserting a rod into the tibia.”

Tiger Woods was late for this appearance and according to witnesses he left his hotel at a rate of high of speed and minutes later within quarter of a mile lost control of the SUV, went across traffic unto the opposite side of the road, crossed the median island and flipped at least once to end in a ravine, where the fire department and the police were able to get to rescue him and removed him from the car through the windshield, then put him in a gurney and rush him to the nearest hospital, Harbor UCLA a facility famous for their state of the art trauma center.

As he was being rescued, Tiger was speaking and asked them to call his manager and tell him of what happened. Tiger Woods is an Iconic sports figure in the US and the whole world; he is tied for first with 82 PGA tournaments and 15 Majors, just three behind Jack Nicklaus for the record.

At 45 years of age, Tiger was rehabbing from his fifth back surgery at the time of this accident. Tiger was introduced to the world in the Mike Douglas TV Show when he was 2 years old and already had a golf swing and delighted Douglas and the other guest Bob Hope and Jimmy Stewart.

Eldrick Tont “Tiger” Woods revolutionized golf and made it popular to the masses, especially minorities around the world. We will know more in the next few days how serious are these injuries to his legs and if this could end his sensational golf career. Tiger Woods did for Golf what Babe Ruth did to Baseball, Michael Jordan did to Basketball and Muhammad Ali for Boxing.

Everybody here at sportsradioservice.com wishes Tiger a fast recovery. These injuries could be career threatening, but if anybody can make another comeback, it would be Tiger Woods.

Join Amaury for News and Commentary at http://www.sportsradioservice.com

Photo of crash scene of Tiger Woods SUV crash in Palos Verdes CA. Tiger was the lone driver and no one else was in the vehicle at the time of the accident at 7:00AM on Tue Feb 23, 2021 (CNN image)

The good news is that the vehicle accident involving Tiger Woods at Palos Verdes is not life threatening it initially sounded like there was at least one broken leg and he might have two broken legs. He did have surgery this afternoon for the broken legs.

Tiger was already recovering from back surgery a back procedure that he already underwent in December so it wasn’t like he was in perfect health to begin with but it certainly wasn’t a threat to his career.

Knowing the way Tiger would operate he’s going to do his best to come back when you look back on his career your talking about one of the greatest golfers of all time from 1997-2000.

Tiger Woods podcast: Will Tiger accident end the career of one of the greatest golfers ever? by Sports Radio Service | Free Listening on SoundCloud

#1 On Sunday, Tiger Woods made a comeback and won the Masters for the first time in 11 years. What made this day so unbelievable?

#2 How do you see Luke Walton fitting in at the Sacramento Kings organization as head coach?

#3 It was a true battle between the Warriors and Clippers on Monday night as the Clips erased a 31 point deficit for a 135-131 win.

#4 After the San Francisco Giants got nearly no hit by the Colorado Rockies pitcher German Marquez, is this alarm that offense has to do something and very soon?

#5 The Oakland A’s got clobbered by the Houston Astros on Tuesday night and the A’s struggled with the Astros on the road trip earlier this month.

Barbara Mason is a freelance sports reporter for Area Grande Spanish Newspapers and is filling in for Amaury Pi-Gonzalez for News and Commentary.