Artists rendition of the Howard Terminal ballpark the Oakland A’s are seeking to build. The East Oakland Alliance is suing the City of Oakland and other defendants in their fight to keep the A’s at the Coliseum location in East Oakland (AP News photo)

OAKLAND–It was no April Fool’s joke. Today, April 1, 2022 a new lawsuit against the Oakland A’s and the building of their proposed new Howard Terminal Ballpark took another hit. This lawsuit was filed by the East Oakland Alliance, which wants the Oakland A’s to stay in Oakland but build the new ballpark in the current Coliseum location.

MLB does not approve the building of the new park at the actual location that is a no-go. The East Oakland Alliance is among the entities this time suing the team and the city of Oakland, together with shipping, steel, and port groups also suing.

Their spokesman says the A’s and city did not adequately disclose the negative effect the project will have on the existing waterfront operations and surrounding areas, among other things. A’s President Dave Kaval rejected those claims saying a new ballpark at Howard Terminal would be better for the environment and people in the Bay Area.

Back in February 2021, the A’s cleared a legal hurdle in their quest for the new ballpark at Howard Terminal, most recently this year the news was encouraging as the A’s received positive votes toward their ultimate goal of the $12 billion project, Oakland Howard Terminal.

But today another step backwards. The problem? Well, the ‘clock is ticking’. These groups that opposed the Howard Terminal project keep throwing grenades at the A’s and things (when they look like they’re moving along) they stall.

Major League Baseball Commissioner, Rob Manfred Jr. expects a yes or no (Oakland or Las Vegas) a final decision by summer 2022. In the meantime, the A’s continue to work with Las Vegas, in what Dave Kaval has called for a year now: “working on different parallels, with the same goal of a new ballpark for the A’s.”… by the bay or by the desert.

This was the statement today by the groups opposed to the Howard Terminal project:

“The Environmental Impact Report (EIR) certified by the City of Oakland for the Oakland A’s’ proposed project at Howard Terminal did not adequately disclose, analyze, or mitigate all of the significant adverse impacts this massive and disruptive redevelopment on the working waterfront will cause.

Every EIR is required to provide an objective and thorough analysis of impacts, alternatives, and mitigation measures under California law, but the City’s EIR and environmental process failed to meet this mandate.

The A’s proposal to build a stadium and luxury condominiums, office and retail development will cause major disruptions and impacts to both the surrounding community and the operations of the Port, yet the EIR did not fully address these concerns or mitigate these well-known issues.

It also failed to accurately compare the Oakland Coliseum site as an alternative which would have far less adverse effects. It is simply not proper to ignore or defer analysis or mitigation of so many of the significant impacts identified in the more than 400 comments submitted by community and supply chain stakeholders, and as a result our only alternative is to pursue legal recourse.” 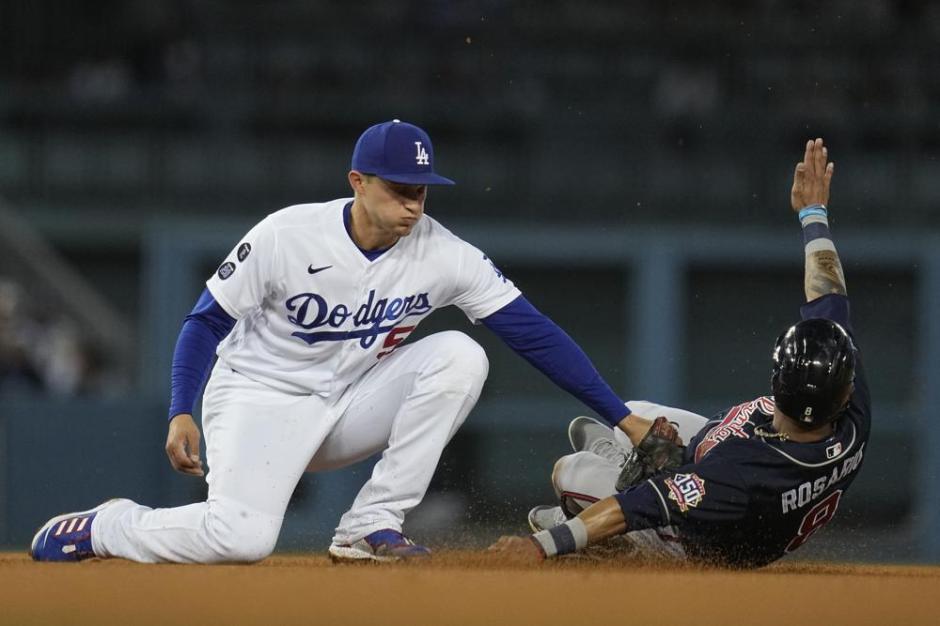 #1 Amaury the window is closing as the lockout deadline is approaching and tonight this will be the last day of doing business as tonight at midnight Major League Baseball will enter it’s first work stoppage since the unforgettable 1994 baseball strike.

#2 MLB teams are on the move and trying to clean house before the work stoppage kicks in tonight the Los Angeles Dodgers and Texas Rangers are no exception last night dealing shortstop Corey Seagar to the Texas Rangers a ten year deal worth $325 million and on Sunday the Rangers signed second baseman Marcus Semien for seven years at $175 million, Semien played for the Toronto Blue Jays last season.

#3 Former Dodger pitcher Max Scherzer will be throwing for the New York Mets he signs a three year deal for $130 million. Scherzer was 15-4 ERA 2.46. Talk about how much of an addition he will be for the Mets.

#4 Former Toronto Blue Jays pitcher Cy Young Award winner Robbie Ray will be joining the Seattle Mariners Ray and the M’s agreed on a five year $115 million deal and with Ray’s experience and accomplishments both will be expecting big things. Ray was 13-7 ERA 2.84 last season for the Blue Jays.

#5 Former Los Angeles Angel Alex Cobb will join the San Francisco Giants details of an agreement has not been disclosed on Monday night. Cobb was 8-3 with an ERA 3.76, he’s 34 years old how much do you see him helping the Giants in 2022?

Join Amaury Pi Gonzalez for News and Commentary for exclusive coverage of the Major League Baseball lockout 2021 at http://www.sportsradioservice.com