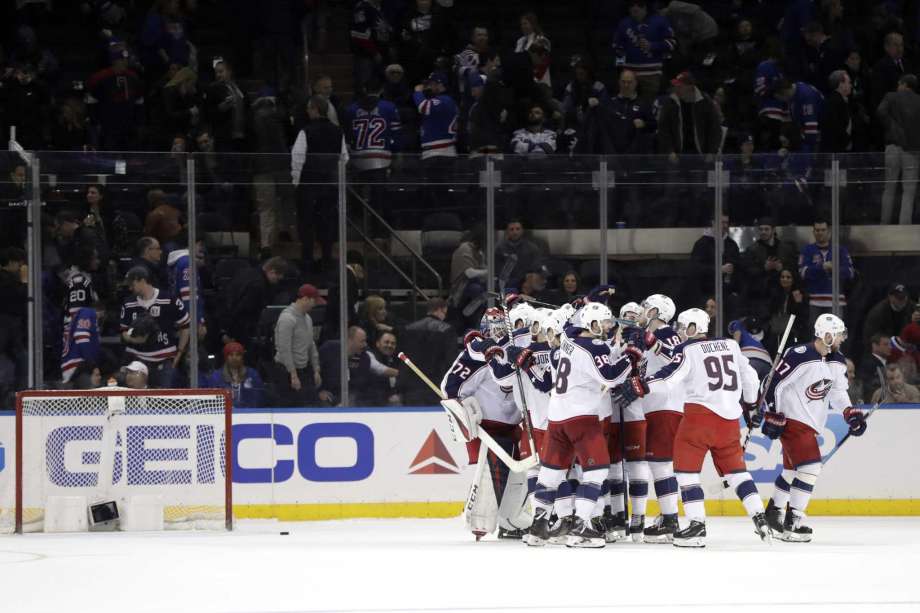 On the NHL podcast with Daniel:

3 Vegas might be worst possible first-round draw for Sharks

Daniel Dullum does the NHL podcast each Sunday at http://www.sportsradioservice.com 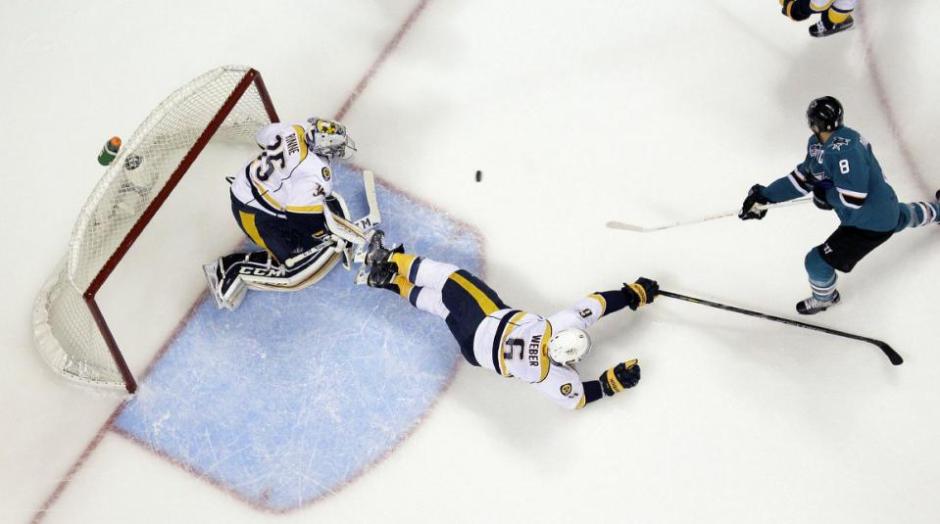 SAN JOSE– The San Jose Sharks came up with a resounding Game Seven win against the Nashville Predators on Thursday. The 5-0 victory means that the Sharks will advance to face the St. Louis Blues in the Western Conference Finals. It is somewhat surprising that both of the NHL’s 2016 Western Conference finalists won their second round series in Game Sevens by a margin of five goals. After the Blues defeated Dallas on Wednesday 6-1, the odds had to be long against the Sharks accomplishing a similar feat a day later. But they did.

It has been a while since the Sharks went to the Conference Final. The Sharks’ Logan Couture offered an insight into how he is approaching the next step:

A 5-0 victory was not what anyone expected between San Jose and Nashville in Game 7. The teams were pretty well matched through six games, and had fought their way to a third overtime period once. Martin Jones played well, but only faced 20 shots, 12 of those coming in the third period. Nashville’s Pekka Rinne was relieved half way through the third period. The Sharks’ best players were their best players, while Nashville’s were not. Sharks goals came from five different players and the power play to boot. Logan Couture set a new franchise record for points in a playoff series with his eleventh on Thursday.

After the game, Joe Thornton pointed to the Sharks’ depth as key to the win and the series success:

We roll four lines, we roll 16. I think we have so much trust with each other that whoever goes over that board we just have confidence will do the job. You saw it tonight.

A quick look at the game stats reveals a comparatively flat ice time distribution for the Sharks forwards. Thornton saw the most ice time at 17:04, while Dainius Zubrus had the least at 12:58. The confidence and trust that Thornton describes seems to be well placed. None of the lines looked particularly vulnerable against the Predators on Thursday.

It was hard to reconcile the Sharks team we saw Thursday with the one seen in Nashville on Monday, when the Predators came away with the overtime win in Game 6. Logan Couture explained:

I think guys just wanted to get out there and put that game six behind us and move on and we were saying just establish the forecheck, get it in on their D. Make this building tough to play in like it’s been in the past and that’s what we did.

Tommy Wingels was back in the lineup after sitting out two games. He had a nice breakaway early in the first. His shot bounced out of Rinne’s glove for an enticing rebound, but no one was there to take advantage of it for the Sharks. That was slightly anomalous for the first five minutes of the game, as the Sharks outshot the Predators 6-1. The teams spent the majority of that time in the Nashville zone.

The Sharks got their first power play at 8:22 of the period, at which time the Predators still only had one shot on goal. It was a cruel but bloodless penalty for the Predators: Viktor Arvidsson went to the box for sending the puck over the glass. The Sharks had a hard time getting their power play rolling. In the first 12 seconds, they struggled to keep the puck in, then the Predators sent it onto the bench and they just could not get things going.

25 or so seconds later, Thornton made a pass from the half wall to Marlowe on the goal line. Marlowe made a quick pass back up to Pavelski in front of the net and Pavelski put it home on the far top corner. It was Pavelski’s ninth goal of the playoffs. Assists went to Marlowe and Thornton.

The Predators took their second shot some time in the tenth minute of the period. They still had not taken a third when Marc-Edouard Vlasic knocked the puck off a Nashville stick. Melker Karlsson picked it up and sent Joel Ward in on a breakaway. Ward skated around defender Roman Jossi, then delayed long enough to draw Rinne out of the crease, and put the puck behind the goalie to give the Sharks a 2-0 lead. There were just over three minutes remaining in the first. Assists went to Melker Karlsson. It was Ward’s second goal of the playoffs.

With 1:38 remining in the first, Nashville’s Shea Weber went to the box for interference against Dainius Zubrus, giving the Sharks a second power play. The Sharks did not score, leaving just 22 seconds on the power play to start the second period.

At the end of the first, the shots were 17-3 San Jose. In the faceoff circle, the Sharks imnproved significantly over previous games in this series, winning 67% of the draws.

The Sharks did not score during those last 22 seconds of power play time, but 14 seconds later Logan Couture picked up a misplayed puck and skated in to score his seventh of the playoffs.

The Sharks followed that up with a tremendous couple of minutes, capped by an attack from San Jose’s fourth line that had Pekka Rinne all out of sorts. A couple of chances found Rinne out of his net but the puck bounced over the cross bar each time.

Five minutes into the second period, the Sharks were leading by three goals and 13 shots. Twelve minutes in and the Predators were looking completely overmatched. The Sharks did not exactly ressemble the Globetrotters but they were moving the puck around the Nashville zone without much resistance at all. Nashville blocked their shots and kept them away from rebounds, but that seemed to be all they could do.

At the end of the second period, Mattias Ekholm was called for cross-checking Tommy Wingels, so the Sharks started the third on another power play.

32 seconds into that power play, the Sharks entered the zone four on one. Logan Couture had a chance to carry the puck into the slot and take a shot. The puck hit Rinne’s pads and stalled just outside the goal line, and Joe Thornton was right there to touch it in the rest of the way. It was Thornton’s third of the post season, and Couture received the only assist.

If a three goal lead is dangerous, then you could say that Patrick Marleau and Logan Couture put the game back into the safe zone fifth goal at 3:54 of the third. A quick pass up ice from Joonas Donskoi sent Marleau and Couture away on a two on one. The Sharks skaters played the puck back and forth and got Rinne sliding across. Marleau put the puck over him for his fourth of the playoffs.

Carter Hutton came in to replace Rinne after that.

With 5:26 to go in the game, Sharks defenseman Justin Braun was called for interference, giving the Predators their first power play, but it did not change the outcome.

The Sharks will start their series against the Blues on Sunday in St. Louis at 5:00 PT.