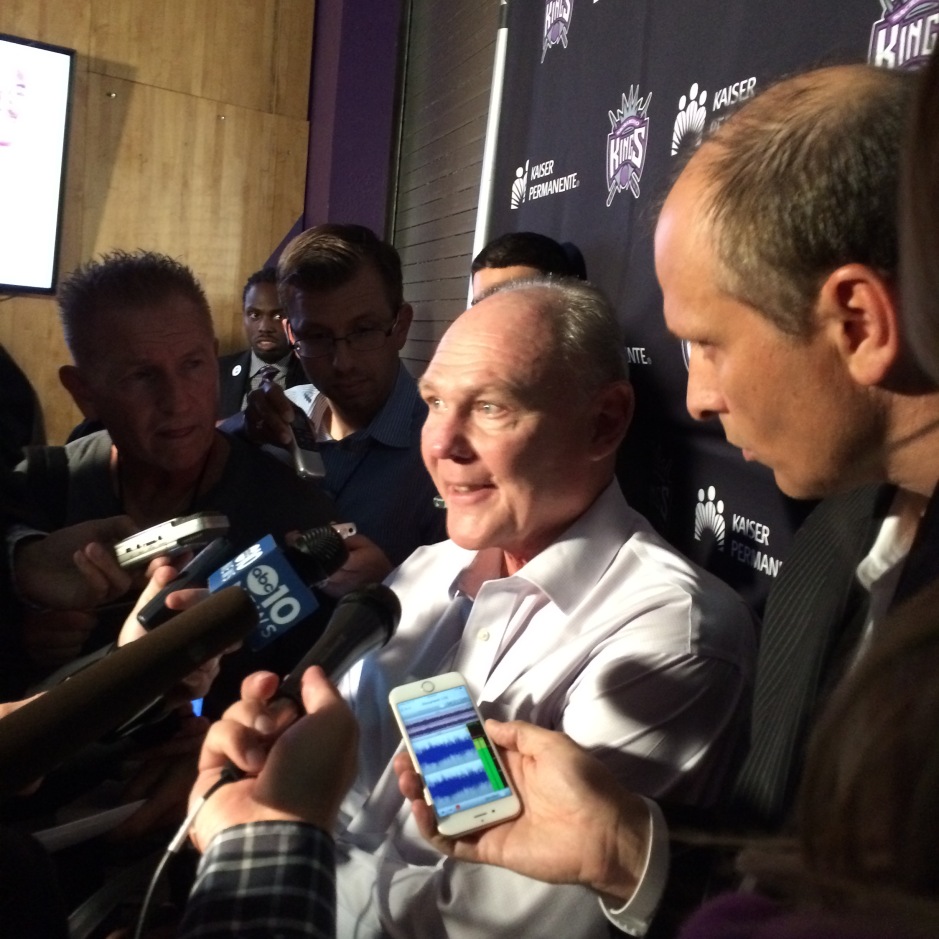 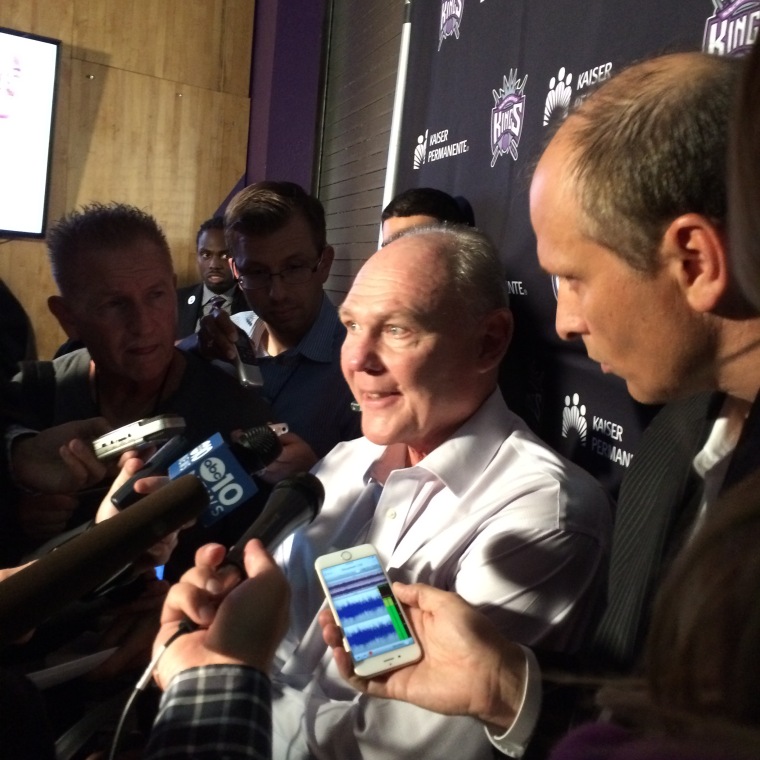 SACRAMENTO–In the worst kept personnel move ever, the Sacramento Kings have fired head coach and future Hall of Famer George Karl. Multiple media sources – including this one – had been reporting that Karl would be dismissed since Wednesday morning.

The termination comes as no surprise to anyone who has been following the Kings for the past 18 months. DeMarcus Cousins did not want the team to hire Karl in the first place. Karl was almost fired over the summer for trying initiate a trade for Cousins, and vice president and general manager Vlade Divac wanted to terminate Karl in February when the team was in midst of turmoil. This was a relationship that was doomed from the very beginning.

“After evaluating the team’s performance this season, I determined it was necessary to move forward with a new voice from the head coaching position,” said Divac. “I have a great deal of respect and admiration for George and his accomplishments throughout his nearly 30 years in the NBA. On behalf of everyone in the Kings organization, I thank him for the contributions made during his time in Sacramento and wish him good fortune in the future.”

This will be the first time the  Vivek Ranadive ownership group has a head of basketball operations in place before hiring a head coach. Michael Malone and George Karl were hired before the general manager was in place and the results have been disastrous and resulted in both coaches being fired.

There have been reports that the minority owners have been upset over the handling of the hiring and firing coaches by Ranadive. For instance, Karl walks away with a reported $6.5-million due him for the remainder of his contract. Investors hate to pay “dead money” to anyone knowing they will have to pay out big dollars to the new coach that takes Karl’s place.

The assumption is that Divac will have heavy input into the hiring of the next coach. Not that Ranadive will be left out of process but he will probably allow the experts to do their job in order to avoid another hiring fiasco.

The coaching merry-go-round has become a joke in the national press that covers the NBA. Ryen Rusillo   of ESPN Radio spent almost five minutes decrying the coaching situation in Sacramento as ridiculous during his nationwide show on Wednesday. That is just one example of ridicule that is being flung at the Kings organization’s inability to hire and retain a head coach.

Hiring the right coach for this situation is critical. First, the coach must be able to adapt to the direction of the team as set by Divac who is said to want a more defensive approach on the floor. Secondly, the new head man (or woman) must be able to adapt to the available personnel. Finally, DeMarcus Cousins must buy in on whoever the Kings want to hire. That is not a good thing for management but they have empowered Cousins and will have to obtain his cooperation to make it work for the next coach.

Some of the names that are being floated are coaches with experience. Ex-Houston coach Kevin McHale, ex-Phoenix coach Jeff Hornacek, former Bulls and Clippers coach Vinny Del Negro, ex-Cleveland coach David Blatt, former Warriors head man Mark Jackson and Charlotte assistant coach Patrick Ewing have been mentioned as possible candidates for the job. The search will also include top assistant coaches from around the league who are looking for their first job as a head coach.

The names of Tom Thibodeau and Scott Brooks have come up but both are expected to take higher profile jobs.

The interview process is expected to take some time because the Kings cannot afford to make another major hiring mistake as they move into the new arena. 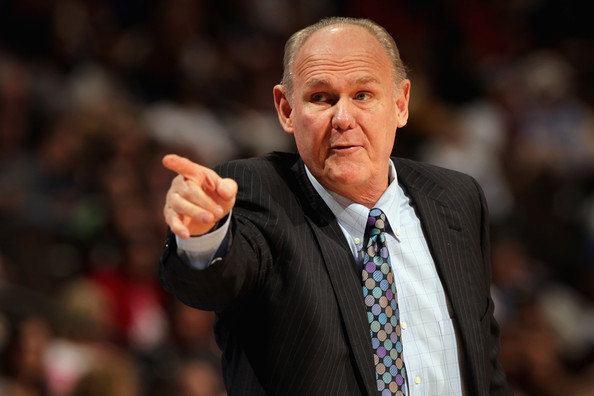 The Sacramento Bee and other news organizations are reporting that Kings head coach George Karl will be fired on Thursday when the team returns home from Houston. Sports Radio Service’s Kings Podcast predicted that Karl would not be retained as head coach based on his statements in the pregame and post-game news conferences on Saturday.

Karl has been on the “hot seat” since last summer when he sent up some trial balloons about possible trades for All-Star center DeMarcus Cousins. Reports had majority owner Vivek Ranadive wanting to dismiss Karl at that time.

Karl was also rumored to be close to termination in November following a confrontation with Cousins in the locker room after a game. Karl wanted Cousins suspended for two games but was overruled by vice president and general manager Vlade Divac.

Cousins was suspended for one game without pay in early March following a tirade during a timeout aimed at Karl (stop me if you are seeing a pattern here).

That fact is Cousins was against the Karl hiring from the beginning. Reports had Cousins “camp” telling management they thought Karl was not a good fit for the team and Cousins. The chances of a working relationship between coach and player was doomed from the beginning.

Karl is still owed $6.5-million from the 4-year contract he signed in 2015. He will be the fourth head coach to be fired by the Kings under the Vivek Ranadive ownership group.

League sources – speaking under the condition of anonymity – have indicated the Kings are interested in several people to take Karl’s place. The usual suspects of Tom Thibodeau and Scott Brooks have been named and are reportedly not interested in Sacramento.

No matter who the Kings settle on as their next head coach, if DeMarcus Cousins does not buy in on the choice then Sacramento had better looking for their fifth head coach. That is a horrible situation to be in but the Kings created the problem when they allowed Cousins to become more important than his coach.