Stanford came into the game with three straight losses against #14 Arizona and both of the LA schools (USC and UCLA) after going 5-1 to start conference play and beating #16 Arizona State at home. Oregon State had gone an honest 3-5 in Pac-12 play with wins against Oregon, UCLA, and Colorado (none of whom were ranked).

Stanford jumped out to a commanding 20-3 lead early with help from five quick turnovers by Oregon State after starting the game with 12 straight points and holding OSU scoreless in the first four minutes. Junior forward Reid Travis scored 11 of Stanford’s first 14 points.

With 12:32 left in the first half, Stanford freshman Daejon Davis added to his team-high 50 floor burns with a hustle play near half court after he tipped the ball away from Stephen Johnson Jr. of OSU in between the circles of OSU’s front court. He was immediately rewarded with his effort with a beautiful feed by Travis which Davis converted for two points and by an emphatic response from Stanford head coach Jerod Haase who coined the “floor burner” phrase in his collegiate days at Kansas.

Stanford led at the half by a score of 43-28 as they shot 62.1% from the field on the best scoring defense in the Pac 12 in Oregon State.

In the second half, Oregon State was able to put together a couple of 9-0 runs. They did so on the backs of junior forward Drew Eubanks (who had a 3 point play on a layup with 8 minutes left in the game to bring OSU to within six points of the Cardinal, the smallest margin of the night), sophomore forward Tres Tinkle, freshman guard Ethan Thompson (fouled out), and junior guard Stephen Thompson Jr.. All four scored in double digits. Tres Tinkle is still the only Pac-12 player who has scored in double figures in every game this season.

Stanford recovered, however, and lifted their lead back up to 15 with three minutes left after a Kezie Okpala floater.

For the Cardinal, Reid Travis finished with 24 points (21 in the first half), going 10-14 from the field and making both 3’s he attempted. Daejon Davis added 12 points while going 8-12 from the charity stripe. Okpala finished with 9 points as Da Silva and White each contributed 8. Travis and Humphrey (4 points in 21 minutes) both fouled out.

Stanford’s greatest point margin over the Beavers was 20 points, which they reached once in each half. They finished with a 56% mark from the field as OSU shot a 49% clip. Both teams combined for 39 turnovers, OSU owned 21 of them. Stanford took far more advantage of OSU’s mistakes, however, by collecting 28 points off OSU’s turnover while Oregon State collected 12 fewer points off the Cardinal’s turnovers. Both teams made five 3’s as Stanford finished with 12 attempts and OSU finished with 13.

Dorian Pickens needed 16 points tonight to become the 46th member of Stanford’s 1000 point club after Reid Travis joined the club in December and Brittany McPhee joined the women’s 1000 point club six days ago. He finished with 15 points going 4-10 from the field, 2-6 from beyond the arc, and 5-6 from the free throw line in 37 minutes.

The Beavers have the all time series lead (75-71), but Stanford has dominated recently winning 9 of the last 11 games just as they have dominated at Maples–winning 22 of the last 24 meetings on The Farm.

STAN: Stanford will host Oregon on Saturday (2/3/18). Then, the Cardinal will travel to Utah and Colorado before they travel to Berkeley for a rematch with the Golden Bears.

OSU: Oregon State will travel to Berkeley next for a game on Saturday before hosting the Washington schools in Corvallis. 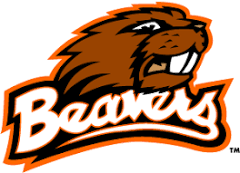 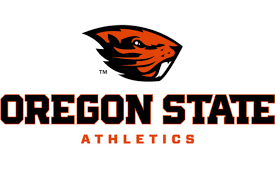 at Stanford Stadium. Game time is at 12:30 pm and will be televised on ESPN2.

Both teams will be looking to rebound from defeats last week. The Cardinal was beaten 26-10 by the Arizona State Sun Devils. The defense played well but Stanford’s offense could not get untracked as they took their third loss of the season and the second in conference play. Overall the Cardinal is 4-3 and 2-2 in the Pac-12. The Beavers (4-2, 1-2 Pac-12) are looking to rebound from a double overtime loss to Utah.

The Cardinal defense has been outstanding again this year. The defense leads the Pac-12 with just 153 yards allowed per game and is first in run defense allowing just 101.9 yard per game.

The Cardinal has a solid defensive line led by Henry Anderson, Blake Lueders and David Perry.

The linebackers are again led by A.J.Tarpley. Kevin Anderson and James Vaughters. The Cardinal ranks third in the Pac-12 with three sacks per game and the front three dominate the point of contact allowing the linebackers to swarm to the ball.

The Stanford secondary has performed well again this year. Strong safety Jordan Richards has 44 tackles to his credit. Alex Carter and Wayne Lyons are dependable corners and have contributed

The Cardinal offense, on the other hand, is struggling. The offensive line had to replace four starters and their lack of experience and depth have contributed to the offense’s woes. Stanford coach David Shaw took the blame for Stanford’s problems and refused to pin the blame on Kevin Hogan. Shaw said

that Stanford will try to rework the offense so that Hogan and the running backs and receivers can get it into gear once again. Running back by committee has not worked well for Stanford at all so far. The receivers led by Ty Montgomery, Devon Cajuste, Michael Rector, Francis Owusu and Jordan Pratt has produced 235 yard of passing yardage which is ranked 10th in the Pac-12 and have not produced as well as they thought they would.

Ward but Woods was hurt last week against Utah and is questionable for Saturday’s game. The edge,however, goes to Oregon State in that department. The OSU receivers have yet to prove themselves and Stanford holds the advantage in receiving.

The two teams are definitely evenly matched. The Stanford offense must come to life if they expect

to beat OSU while the Beavers offense will be sorely tested by the Stanford defense. They will win if the can find a way to beat the pass rush and get the running game going. The game is just too close to call.

No. 8-ranked Stanford traveled to Corvallis, Ore., to face Oregon State, holding off a late Beavers scare to emerge with a 20-12 Pac-12 football victory.

Cardinal quarterback Kevin Hogan completed 8 of 18 passes for 88 yards, as Stanford totaled just 276 yards on offense. At the same time, the Cardinal defense held the Beavers to 288 total yards, well below the OSU season average of 515 yards per game.

Beavers quarterback Sean Mannion, who leads the nation in passing yards and touchdown passes, completed 41 of 57 for 271 yards and one TD.

Stanford held a 20-9 lead with less than four minutes left in the fourth quarter. After Trevor Romaine booted a 39-yard field goal with 3:57 to pull the Beavers to within 20-12, OSU drove to the Cardinal 7 with 30 seconds remaining. Four straight incompletions ended the drive, and the Beavers’ six-game winning streak.

The Cardinal defense stopped the Beavers on downs four times inside the Stanford 35 yard line, and sacked Mannion eight times.

Earlier, Romaine gave OSU a 3-0 lead in the second quarter with a career-long 50-yard field goal.

Next week, the Cardinal return home to host No. 2 Oregon.

With California football stuck in a rut deep enough to ruin consecutive seasons, the last opponent the Bears needed to see on Saturday night was Oregon State.   So when Sean Mannion looked like Sean Canfield and Brandin Cooks approximated Jacquizz Rodgers, you didn’t need to answer a quiz to know the Bears were cooked, falling 49-17 to the Beavers.

Mannion completed 35 of 45 for a whopping 481 yards while Cooks ran and caught to his heart’s content, finishing with 13 catches for 231 yards as Cal’s deficiencies in the secondary and linebacker corps compromised the entire Cal defense as OSU jumped to a 28-3 halftime lead.

“We didn’t play well, didn’t coach well,” a frustrated Coach Sonny Dykes said.  “I’d like to be able to say something happened other than what did.    You saw what happened, I don’t need to say much about it.”

The loss was Cal’s 11th consecutive over two seasons against Division I competition.  The losing streak now stands as the longest of any team in a BCS conference with the Bears last win coming against Washington State over a year ago.  And Cal hasn’t much success with OSU in any state, losing to the Beavers for the 12th time in their last 15 meetings.

Much of that streak coincides with Mike Riley’s arrival in Corvallis in 1997 and his quick-twitch passing game that has given Cal fits.   Just as Canfield and Yvenson Bernard were hard to contain in OSU monumental 2007 upset of No. 2 Cal, Mannion and Cooks were a lethal combination on Saturday.  While Mannion flawlessly executed the quick screens and occasional downfield strikes, Cooks did the rest, scoring twice—first on an end-around run and then on a 34-yard pass play– in OSU’s first half explosion.

“He is a heck of a football player,” Dykes said when asked what tactics Cal used to attempt to slow Cooks.  “That is what good players do, make plays when they have an opportunity to do so.  He did it over and over again.”

The Bears lost their lone experienced corner Stefan McClure for the season two weeks ago, and their youthful secondary paid dearly without him as the Beavers’ quicker playmakers had their way throughout.   The Bears got back corner Joel Willis and linebacker Jalen Jefferson but the result was a hodge podge of poor tackling, inability to engage and shed OSU blockers as the Beavers and Mannion made play after play.

With the Bears trailing 35-3 in the third quarter, Dykes replaced starting quarterback Jared Goff with Zach Kline, and the redshirt freshman from Danville provided a spark, leading the Bears on their only two touchdown drives of the night.  Kline finished 11 of 16 for 71 yards and the two scores while Goff was 21 of 31 for 220 yards.  Dykes said along with the lopsided numbers on the scoreboard, he felt that Goff was having trouble holding on to the football, similar to his three fumble performance at Oregon in the rain.

“I’m extremely upset with myself,” Goff said.  “I need to play better to give us a chance to win.”

Statistically, Cal didn’t display many warts between the 20’s, but once again bogged down in scoring range due to penalties and a Vincenzo D’Amato missed field goal attempt.   Primary playmakers Chris Harper, Richard Rodgers and Brendan Bigelow combined for 18 catches but none of three could put the ball in the end zone.   On the night, the Bears ran 77 offensive plays—below the 90 plays Dykes would prefer–and amassed 366 yards in offense.

The Bears (1-6, 0-4) visit the refurbished Husky Stadium in Seattle next Saturday in a meeting with Washington.  Oregon State—already winners of three Pac-12 road contests—returns to Corvallis for a showdown with Stanford.