The Maryland Terrapins Mimi Collins (2) makes every effort to hold onto the ball against the Iowa’s McKenna Warnock (14) and Monika Czinano (25) in the Big Ten Conference Tournament on Sat Mar 13, 2021 in Indianapolis (AP News photo)

On the NCAA basketball podcast with Jeremy Kahn for Michelle Richardson:

#1 The women’s game between Iowa No.6 and Maryland No.1 was a cliffhanger. Iowa lost to Maryland 104-84. The Terrapins Chloe Bibby was top scorer with 21 points.

#2 The Baylor lady Bears No.1 got a big win over the Texas Longhorns No.5 66-55. The leading scorer for the Bears NaLyssa Smith led Baylor with 21 points.

Join Michelle Sundays for a look at NCAA basketball during March Madness at http://www.sportsradioservice.com 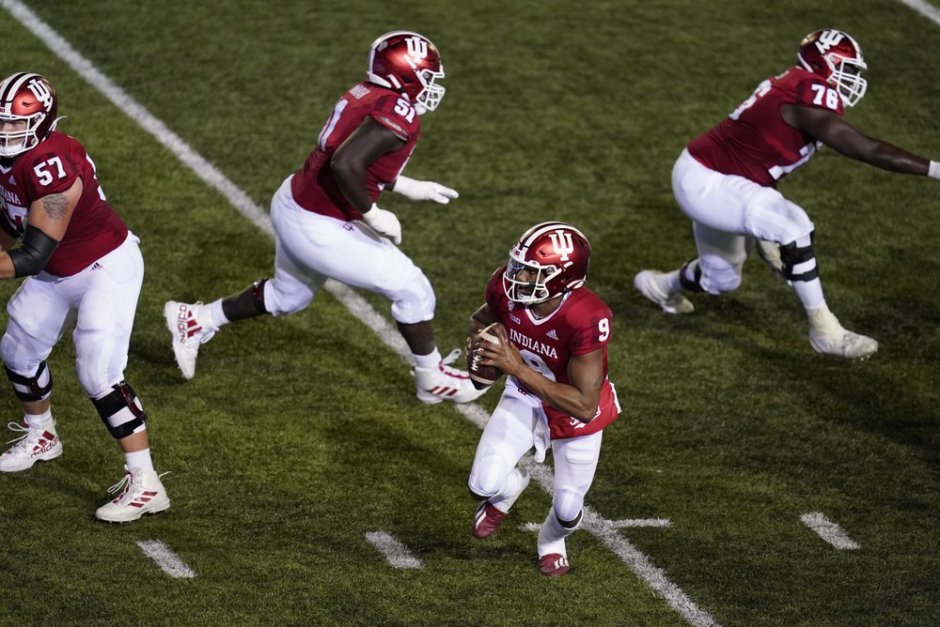 On the NCAA Football podcast with Michelle:

#1 Indiana upsets No.8 Penn State in overtime IU quarterback Michael Penix Jr. out stretched his arm and hit the corner pylon for the game winning touchdown against Penn State 36-35.

#2 No.6 Oklahoma State Cowboys defense edge the Iowa State Cyclones 24-21. Oklahoma State’s quarterback Spencer Sanders threw for 235 yards, one touchdown, and one interception for the win.

Join Michelle for the NCAA Football podcasts each Saturday at http://www.sportsradioservice.com 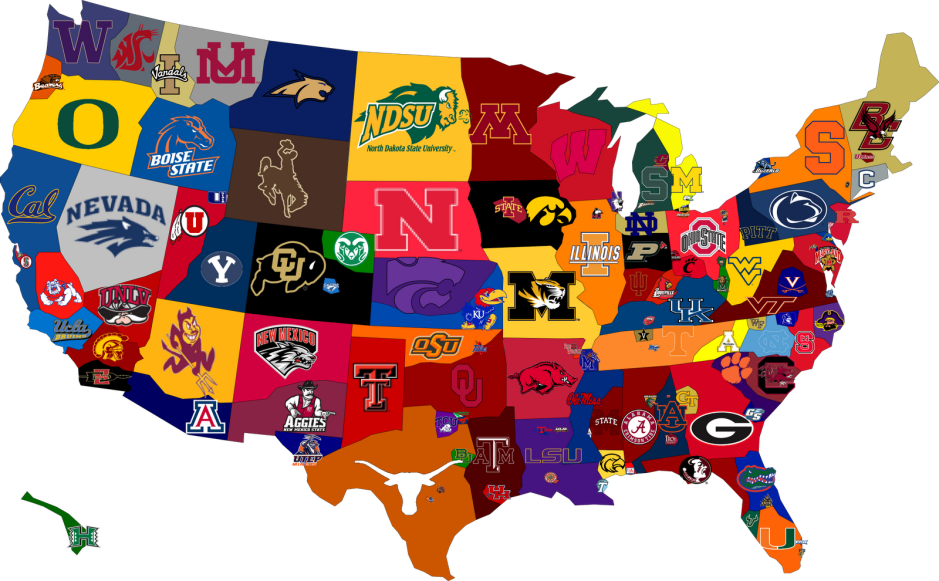 It was a very interesting Saturday litterally of games and any one of them were not disappointing we’ll start with the Oklahoma-Oklahoma State game I was truly surprised that OU went into Still Water and came home with a victory. Number 17 Oklahoma and Oklahoma State is their archrival over in Still Water Oklahoma.

Oklahoma had the ball a little bit more and this came down to who wanted it more and I kind of think that Oklahoma State really took it as “oh we got this” and really didn’t think about “hey Oklahoma has less to lose in this” this was a big win for Oklahoma. OU as soon as you count one of those teams out they got and the win and when you expect everything from them they don’t show up.

The rushing game was pretty much non-existant there wasn’t a lot of rushing this was truly a non spectacular game that came out with a very surprising outcome. Baylor totally ran over the University of Texas what can you say it is what it is in a 30-10 win. We go back to Bowling Green State University Friday night who is the max conference champion beating Northern Illinois University 47-27.

The loss didn’t allow Northern Illinois to get into a BCS Bowl they were undefeated up until then I don’t see them in a BCS game possibly a non-BCS game will get them into Fresno State who had a very convincing win against Utah State 24-17. I don’t see any other non-BCS team making it to the BCS Bowl game.

Stanford definitley let them know they are here and their a force to be reckon with winning the Pac 12 over Arizona State 38-14. Stanford has been looking for some respect all year long people thought that after they lost to Utah then of course they lost to Oregon people really didn’t give them the respect that they truly deserved.

The Cardinal are truly the better team in the Pac 12, everybody was talking about UCLA, Oregon and Stanford turned out to be the team to watch. Auburn”s win over Missuori 59-42 I had Missouri winning this one and it almost happened. It was a barnburner and it went back and forth all four quarters and Auburn came back the victor being the champion of the South Eastern Conference.

Michelle Richardson does commentary each week on the NCAA