On the Oakland A’s podcast with Charlie O:

#1 How much worry, how much concern should A’s manager Bob Melvin take into a game like the wild card on Wednesday afternoon at the Coliseum?

#2 How big, how huge was Marcus Semien at the shortstop position for Oakland this season and as leadoff batter?

#3 Melvin sat Matt Chapman, Matt Olson, and Mark Canha on Sunday against the Seattle Mariners resting them for Wednesday night’s soiree at the Coliseum.

#4 Talk about how important it is for Stephen Piscotty to get into the line up after being out and just in time for the wild card game.

#5 A’s pitcher Sean Manaea might be starting on Wednesday night. He’s had such a great return now at 4-0 with an ERA of 1.21. How do you see him matching up against the Rays?

Charlie O does the A’s podcasts each Wednesday at http://www.sportsradioservice.com 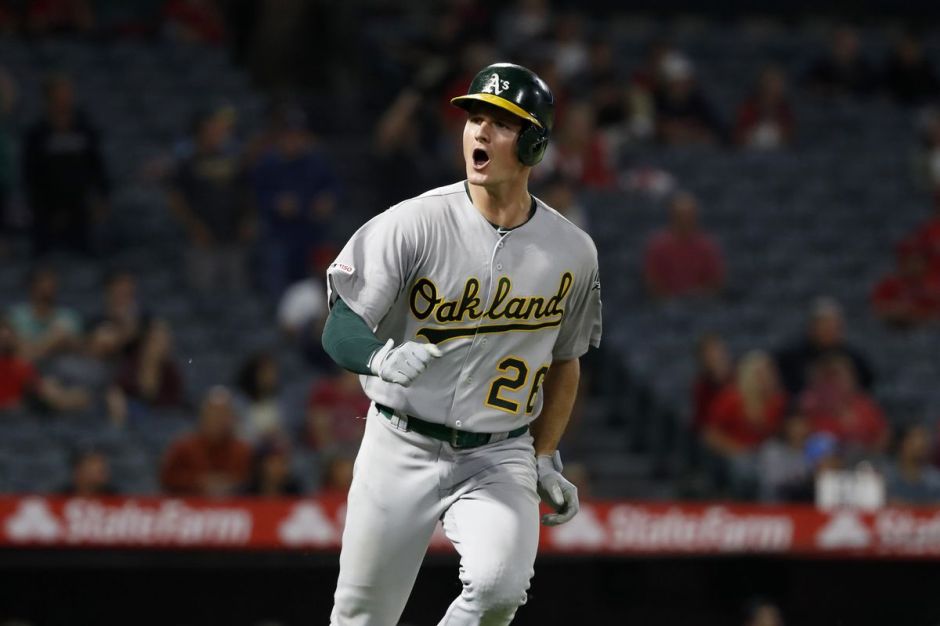 On the A’s podcast with Jerry Feitelberg:

#1 The A’s dropped two crucial games — one against Texas last Sunday at the Coliseum and another on Tuesday night in Anaheim. The A’s in never give up style, down 2-1 on Wednesday night in the top of the ninth, got a two-run jack from Matt Chapman his 34th to get the A’s a 3-2 one-run win.

#2 You look at that score last night in Anaheim 2-1 going to the ninth, manager Bob Melvin just had to have that bad feel in his stomach that the club was going to go down three in a row, but these never give up A’s have a hero every night when they win a game.

#3 Talk about A’s starter Frankie Montas’ return back in the rotation. He misses 60 games and he comes back pitches six innings and gives up four hits and an earned run, two walks and six strikeouts.

#4 Jerry talk about the relievers the A’s used four relief pitchers and they held it together to beat the Angels in the Big A. Everybody is up to beat the A’s in the wild card drive and the A’s are doing everything to stay at the top.

#5 A’s are headed for Seattle to open up a four-game series with the Mariners on Thursday, who can be tough customers in their own right. The Mariners, who got two hits and shutout 3-0 on Wednesday night by the Houston Astros, are not too happy and are looking to take things out on the A’s, but the A’s will scratch and claw to try to keep their heads above water in the AL wild card race.

Jerry does the A’s podcasts at http://www.sportsradioservice.com each Thursday

nbcsports.com photo file: The Oakland A’s are more than glad to see the return of pitcher Sean Manaea who has dominated in his first two outings of the season so far.

On the A’s podcast with Charlie O:

It makes a world of difference for the Oakland A’s to have a front line pitcher like Sean Manaea return to the A’s rotation dropping into the rotation for the A’s at this point. As the A’s are fighting for that number one slot in the AL wild card race.

What a gift having Manaea back because he was on the injury list it’s not a issue for Manaea to be a roster player come playoff time. It’s a dream. It’s like making a trade when you don’t have trade deadline availability. Beyond that we know that Sean is one of the nicest guys in the world.

He was so devested when that injury came, he was very depressed because he was pitching so well and he turned that depression around so quickly with a determination to get healthy and he had set his goal and sites on being back exactly this time with the team.

Charlie has lots more A’s news on the podcast tune in and every Tuesday at http://www.sportsradioservice.com

sfgate.com photo: Detroit Tigers’ Willi Castro is hit by a pitch from Oakland Athletics starter Chris Bassitt during the second inning of a baseball game Saturday, Sept. 7, 2019 in Oakland, Calif.

On the A’s podcast with Joey Friedman:

#1 The A’s have won four of their last five games all on this current homestand. A little home cooking could cure some ills especially when you’re trying to put last week’s Yankees series in the rearview mirror.

#2 The A’s are having a time in this current series with the Detroit Tigers, who are at the Coliseum today. With an A’s win, they would have taken three out of four in this series, which includes a makeup game from Friday.

#3 The A’s need to keep winning and they have four games left against a team with a winning record like the Houston Astros, who the A’s visit on Monday night at Minute Maid Field. They could be baseball’s toughest customer.

#4 The A’s also have 16 games left with teams who have below .500 records. The A’s need all the wins they could get in order to keep pace in the AL wild card race.

#1 The A’s could very well sweep the Houston Astros on Sunday that’s not a three game sweep, but it would be a four-game sweep.

#2 The Astros have been the A’s toughest customer all season defeating the A’s in all the series they’ve met. The A’s have to get the pitching as well as good hitting to win those games.

#3 On Friday night, there were 10 home runs hit by contrast on Saturday afternoon. The A’s didn’t get a home run and the Astros got only one, but the A’s got the win on Saturday.

#4 The A’s got a important rally going in the bottom of the third inning with five runs scored the A’s starting pitcher Chris Bassitt pitched for six inning giving up eight hits and giving up three earned runs.

Joey Friedman does the A’s podcasts each Sunday at http://www.sportsradioservice.com 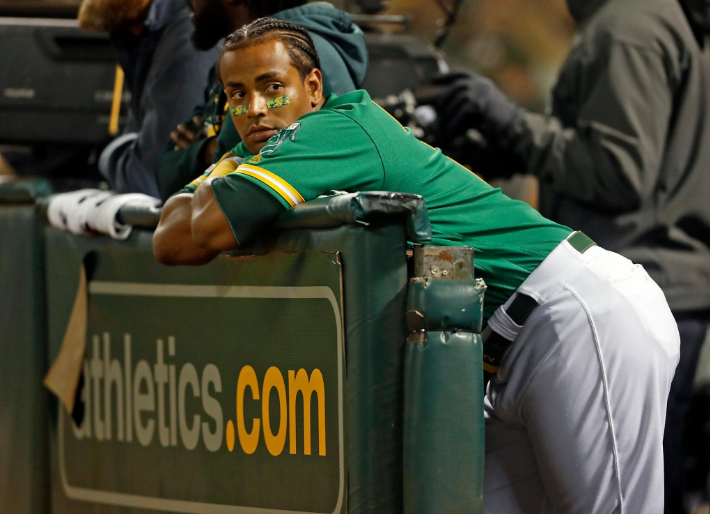 On the A’s podcast with Charlie O:

#1 Oakland A’s Khris Davis has hit only one homer in his last 18 games and has OPS of .801 in the last ten games. Davis is hitting .281, but was benched on Sunday against the Chicago White Sox.

#2 A’s manager Bob Melvin had Nick Martini at designated hitter for Davis. Martini struck out four times, but it gave Davis some time to think on the bench. Davis is expected to be back in the lineup against the Giants on Tuesday night.

#3 How much sweet revenge was it for A’s pitchers Chris Bassitt and Lucas Golito, who combined in a shutout over the Sox? Both Bassitt and Golito formerly pitched for the Sox.

#4 Stephen Piscotty has had his share of injuries. He’s close to returning back after suffering the flu. What will it mean to have his bat back in the lineup?

#5 The A’s open up a series with the Giants tonight at Oracle Park with the A’s starting Brett Anderson (10-7) and the Giants starting their ace Madison Bumgarner (7-7).

Charlie O does the A’s podcasts each Tuesday at http://www.sportsradioservice.com

#1 The A’s crushed the Chicago White Sox 13-2 as the A’s got plenty of offense on Saturday at the Oakland Coliseum.

#2 The A’s Franklin Baretto got things going in the bottom of the first crushing a 1-1 pitch for a three run homer .

#3 The A’s in the first inning sent ten hitters to the plate and scored seven runs it was game over.

Join Joey for the A’s podcasts each Sunday at http://www.sportsradioservice.com