This goal was called back when the Vegas Golden Knights  Max Pacioretty (67) and Reilly Smith (19) both were called for interference in the second period as Dallas Stars goalie Anton Khudobin (35) is in net during game 2 of the Western Conference Finals at Rogers Centre in Edmonton on Tue Sep 8, 2020 (AP News photo)

#1 Marko, you got to hand Tuesday’s game 2 to Vegas Golden Knights goalie Robin Lehner who stopped all 24 Dallas Stars shots for a shutout.

#2 In the first Period between Dallas and Vegas it seemed like it was going to be a defensive game from the start with Lehner in net for Vegas and then there was Dallas goalie Anton Khudobin who stopped 24 out of 27 shots it turned out to be a scoreless first period.

#3 For Vegas Paul Stastny scored his third goal of the post season in the second period at 4:53 to get the Knights on the scoreboard for a 1-0 lead.

#4 William Karlsson scored at 8:24 in the second period for Karlsson’s 4th goal of the season putting Vegas up 2-0.

#5 The Knights Tomas Nosek scored at 14:32 in the second period to round off all the scoring for a Tuesday night it was Nosek’s second goal of the playoffs and the Knights would go onto win it 3-0.

#6 The series is tied at 1-1 and both the Knights and Stars match up for game three on Thursday night in Edmonton Marko set game 3 up for us.

On the NHL Stanley Cup Playoff podcast with Joe Lami:

#1 Joe does the huge win by the Tampa Bay Lightning 8-2 over the New York Islanders pretty much establish what this series is going to be about.

#2 Are the Islanders a team that could come back  and make this series interesting?  They do have Matthew Barzal, Anders Lee, and Andy Greene to name a few who helped get them here.

#3 The Lightning no doubt not only had the offense to score eight on Monday but they also have a goaltender who held the Isles to just two goals in game 1 in Andrei Vasilevskiy who stopped 22 of 24 shots.

#5 So it’s back to the drawing board for the Islanders do you think after a game like that on Monday they can regroup or will they have that concern this Lightning team is too well prepared and difficult to contain in game 2 on Wednesday?

Joe Lami does the NHL Stanley Cup podcasts each Wednesday at http://www.sportsradioservice.com 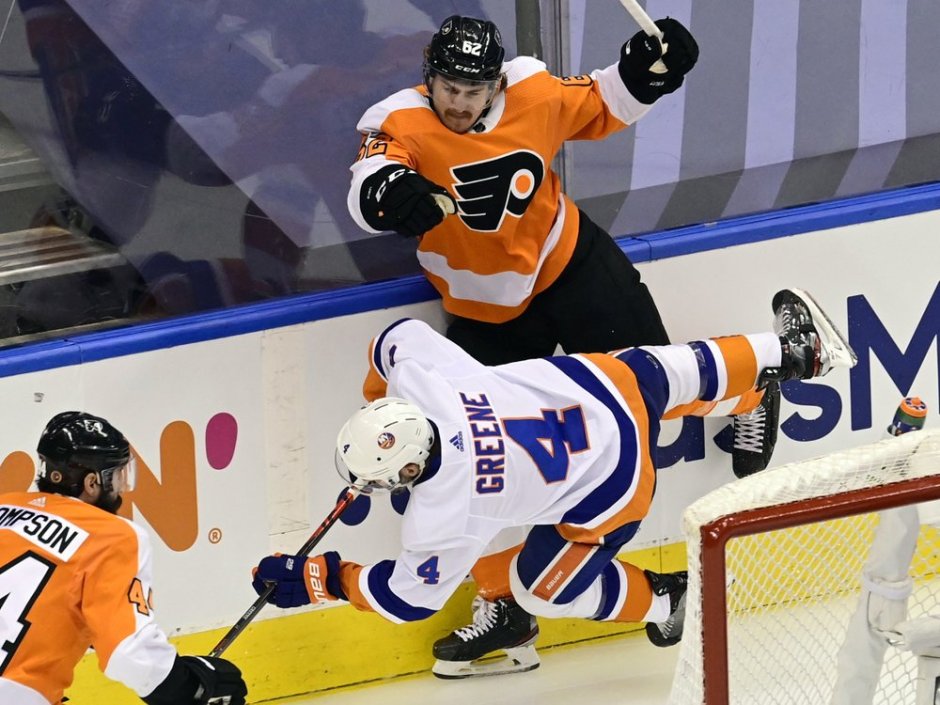 #1 The New York Islanders got to work right away on the Philadelphia Flyers in game 7 in a 4-0 shutout.

#4 Third period the Islanders put the frosting on the cake when Anthony Beauvillier scored his eighth goal of the playoffs at 13:42 for a 4-0 score.

#5 The Islanders advance to the next round of the playoffs against the Tampa Bay Lightning on Monday night Mary Lisa who do you like in that series there is no doubt it’s the best versus the best.

Join Mary Lisa every other Sunday for the NHL Stanley Cup podcasts at http://www.sportsradioservice.com 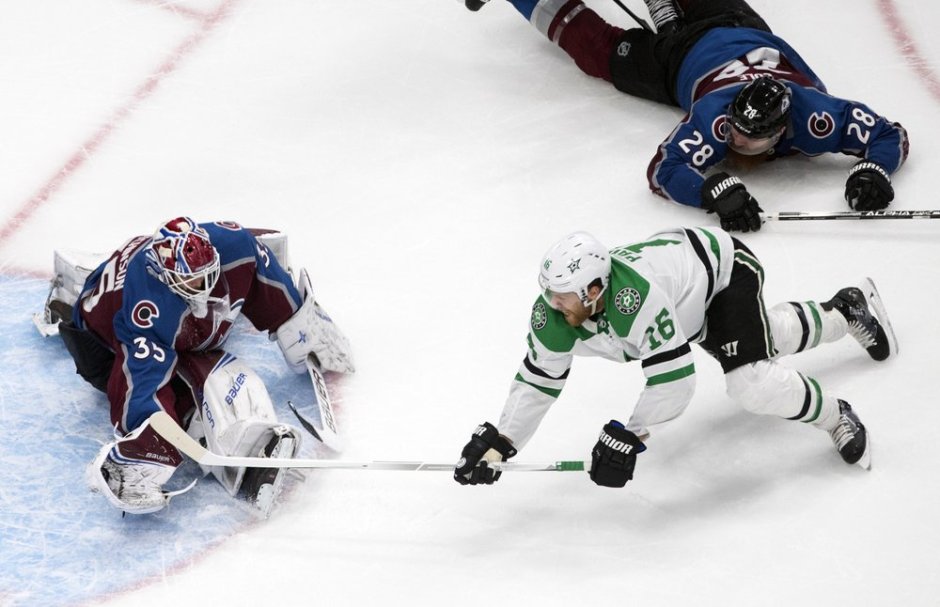 #1 The Dallas Stars and Colorado Avalanche who faced off at Roger Centre in Edmonton for the seventh and final game of the second round tied at 4-4 battled for their lives and forced OT as the Stars win it 5-4 to advance to round three.

#2 The Stars Alexander Radulov scored his sixth goal of the playoffs to open the scoring at 2:39 in the first period. The Avalanche made it interesting with scoring from Vladislav Namesnikov and Andre Burakovsky as the Aves take a 2-1 lead into the second period.

#3 Second period the Stars Joel Kiviranta tied the game up at 3:06 in the second period making it 2-2, the Aves showed no signs of giving in up when Nazem Kadri scored at 5:45 for a 3-2 Colorado lead.

#5 In overtime Kiviranta scored his third goal for a hat trick and the win and the clinch at 7:24 as the Stars go onto advance to the Western Conference Finals against the Vegas Golden Knights.

Matt Harrington does the NHL Stanley Cup Playoffs podcasts each Saturday at http://www.sportradioservice.com

#1 How crucial, how critical was this win for the Philadelphia Flyers going into game five down 3-1.

#2 The Islanders Josh Bailey got off to a quick start with a second period goal at 1:20 to go in front 1-0. The Flyers Claude Giroux scored his first goal of the playoffs in the second period at 15:45 to tie up the game 1-1.

#4 In the third period neither team was giving in an inch the Flyers Mattt Niskanen scored at 4:32 and the Flyers looked like they were going to fly past the Islanders taking a 3-1 lead. The Islanders Brock Nelson scored his sixth goal at 15:46. of the Stanley Cup Playoffs to cut the Flyer lead to one 3-2.

#5 The Islanders Derick Brassard tied up the game with a third period goal at 17:19 making it 3-3. The Flyers on the brink of elimination were now in a do or die situation and the Flyers Scott Laughton scored his fourth goal of post season in overtime to win it for the Flyers 4-3 and Philadelphia lives another day.

The Vancouver Canucks Elias Pettersson (40) raises his hands in celebration after scoring the eventual game winning goal at 3:19 in the third period as the Knights goalie Robin Lehner (90) and Braydon McNabb (3) can only look on during game five at Rogers Centre in Edmonton on Tuesday night (Canadian Press photo)

On the Stanley Cup Playoffs podcast with Marko:

#1 The Vancouver Canucks coming into game five down 3-1 needed to pull out all the stops to keep them alive in the postseason against the Vegas Golden Knights. This game was none to easy and a nail biter that saw the Canucks just get by 2-1.

#2 The Golden Knights opened the scoring in the second period at 15:12 Shea Theodore scored his fifth goal of the post season for a 1-0 lead. The Knights at this point felt that they can gain some confidence if they could get another goal in the second period.

#3 The Vancouver Canucks Brock Boeser scored his fourth goal in the playoffs at 15:36 14 seconds after Throdore scored his goal to tie the game at 1-1. The Canucks came away from the second period with the tie.

#4 The Canucks Elias Pettersson picked up his seventh goal of the playoffs at 3:19 which later proved to be the game winner 2-1 Canucks who cut Vegas’ lead to one game it’s a 3-2 Knights series lead. 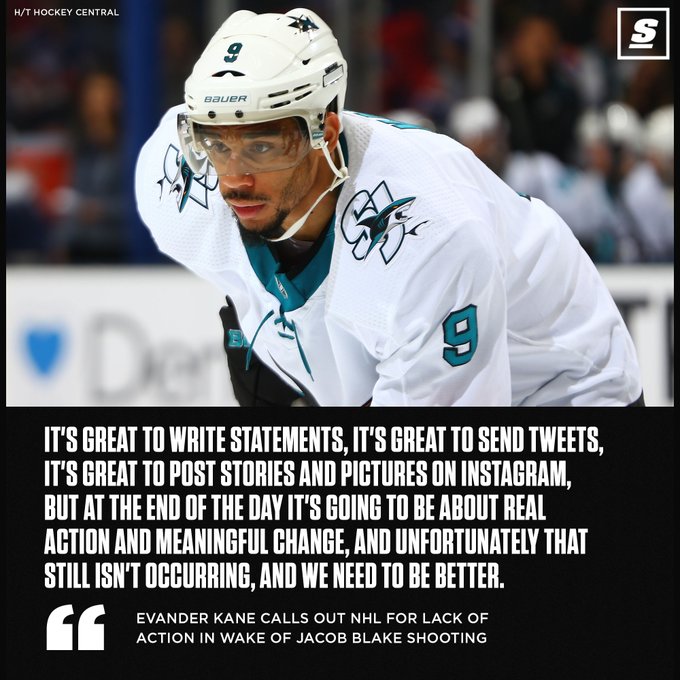 5 Padres get serious, trade with Royals for closer Trevor Rosenthal

Daniel does Headlines podcast each Sunday at http://www.sportsradioservice.com

The Tampa Bay Lightning’s Ondrej Palat scores his second goal at 12:29 of the second period against the Boston Bruins. It was Palat’s fourth goals of the post season in game four of the second round. (AP News photo)

On the NHL Stanley Cup Playoffs podcast with Len:

#1 Tampa Bay Lightning took a 3-1 series lead over the Boston Bruins. The Lightning’s Ondrej Palat scored twice for the Bolts. Palat scored his first two goals in the first and second periods.

#2 The Lightning’s Victor Hedman scored at 18:04 of the second period for a 3-0 lead. The Bruins got on the scoreboard when Jake DeBrusk scored at 7:04 in the third period but it wasn’t enough as Tampa Bay wins game 4, 3-1.

#2 The New York Islanders improved to a 2-1 series lead over the Philadelphia Flyers with a 3-1 win. The Isles Tyler Pitlick scored his second goal of the post season in the first period at 14:18 for a 1-0 New York lead. The Flyers Matt Martin tied it up with a goal at 7:12 in the second period.

#3 The Islanders took a 2-1  lead when Leo Komarov scored at 19:54 in the second period and the Islanders put the nail in the Flyers coffin with a Anders Lee goal at 3:41 in the third period for Lee his sixth goal of the post season Islanders win it 3-1.

#4 The Vegas Golden Knights goaltender Robin Lehner stopped 31 Vancouver Canucks shots for a 3-0 win in game three as the Knights take a 2-1 lead in the series. Lehner stands on his head to shutout the Canucks.

#6 The Dallas Stars hold a 2-1 series lead against the Colorado Avalanche both teams meet today for game four. Lots of pressure on the Avalanche to tie the series up as they don’t want to go back to a game five down 3-1.

Join Len every other Sunday for the NHL Stanley Cup Playoffs podcast at http://www.sportsradioservice.com

Rogers Centre in Edmonton sits empty as the NHL Players Association and the NHL have stood down NHL games on Thursday and Friday nights out of respect for shooting victim Blake Jacob and racial injustice in America (nhl.com photo)

On the NHL Stanley Cup Playoff podcast with Matt:

#1 A lot of professional athletes are pretty fed up and rightfully so regarding racial injustice and the NHL was no different taking a stand and walking out of the rinks in Toronto and Edmonton to protest the recent shooting of Jacob Blake.

#2 The NHL released a statement saying “After much discussion, NHL players believe that the best course of action would be to take a step back and not play tonight’s (Thursday) and tomorrow’s (Friday) games as scheduled.”

#3 NHL action does resume today and let’s take a look at the three games scheduled the puck drops at 9 AM for the Tampa Bay Lightning and the Boston Bruins at Scotiabank in Toronto. The Lightning lead the series 2-1.

#4 The Philadelphia Flyers and New York Islanders are tied at 1-1 with a 4:00 pm puck drop tonight in game 3 at Scotiabank.

#5 The Vegas Golden Knights who have struggled against the Vancouver Canucks face off at 6:45pm at Rogers Centre in Edmonton for game 3 with the series tied at 1-1.

The Philadelphia Flyers who tied Wednesday’s night’s series 1-1 with the New York Islanders in game three. The Islanders spotted the Flyers three goals to start the game and later tied the game at 3-3 in the third period forcing overtime. In the overtime stanza the Flyers Philippe Myers scored the game winner for the 4-3. Both teams face off against each other on Thursday at Scotiabank in Toronto for game three.