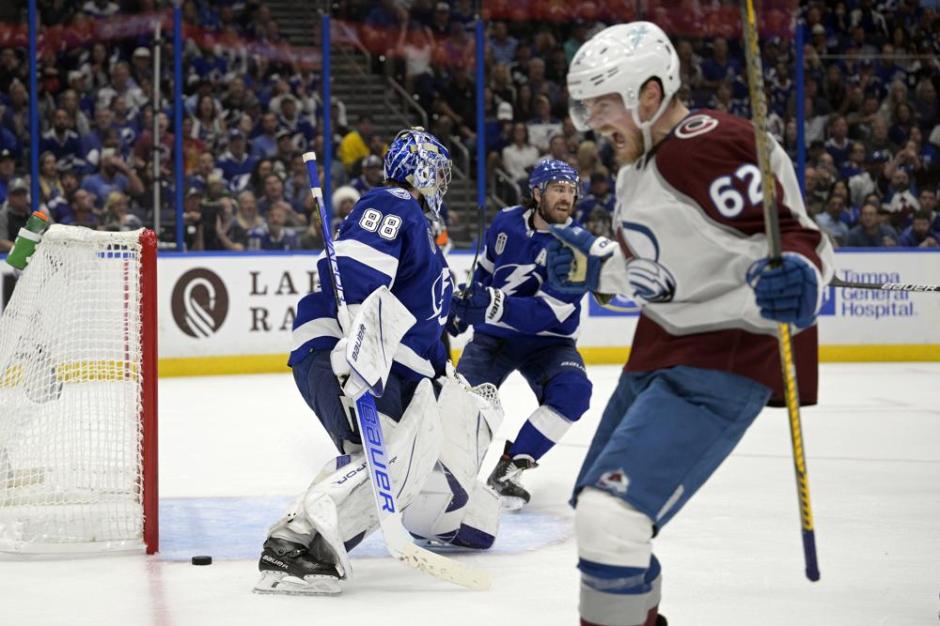 On the NHL Stanley Cup Finals with Len:

#1 Len talk about how important Nathan McKinnon was in this game that was just completed game 6. McKinnon scored a goal and got an assist helping the Colorado Avalanche become the Stanley Cup Champions for the third time in franchise history.

#2 Len it’s been a long time coming the Avalanche haven’t won the Cup since 2002 some 21 years ago when they had a guy named Joe Sakic was on the team.

#3 Close game tonight the Aves held the lead and goaltender Darcy Kuemper stopped 22 out of 23 shots to hold back the Tampa Bay Lightning 2-1.

#4 The Lightning will not threepeat something they came within one game of doing losing on their home ice 4-2 in series play.

#5 Len talk about some of the key players on the Aves key players who have been doing it all season and post season long McKinnon, Gabriel Landeskog, Mikko Rantanen and Cale Makar.

Join Len next season (September) for NHL podcast coverage. Also our thanks for reporters who contributed to our NHL coverage this season Marko Ukalovic, Mary Lisa Walsh, Morris Phillips, Daniel Dullum and Matt Harrington as heard on http://www.sportsradioservice.com