The Nashville Predators left winger Filip Forsberg (9) take a shot at net but the Tampa Bay Lightning goaltender Andrei Vasilevskiy (88) gets a quick glove save in the third period of Mon Feb 1, 2021’s game in Tampa Bay (AP News photo)

#1 The Tampa Bay Lightning (5-1-1) wasted no time getting on the scoreboard to defeat the Nashville Predators (4-5-0) on Monday night 5-2. The Lightning scored three times in the first period and Nashville goalie Juuse Saros took the loss facing 25 shots and saving 21.

#2 The Boston Bruins (6-1-2) down 3-1 to the Washington Capitals (6-1-3) in the third period erased the Caps lead scoring four goals to surpass Washington to get a 5-3 win at Capital One Center in DC.

#3 The Montreal Canadiens (6-1-2) are a machine after taking their first regulation loss of the season on Saturday to the Calgary Flames. The Habs got a big victory over the Vancouver Canucks (6-6-0) 6-2 at the Bell Center in Montreal. The Canadiens scored three times in each of the first and second periods.

#5 The Calgary Flames down 2-1 against the Winnipeg Jets going into the third period scored twice with Johnny Gaudreau and Andrew Mangiapane scoring a goal each to force an overtime shootout. In the shootout the Flames got two goals and the Jets one for the Flames 4-3 win.

Join Mary Lisa for the NHL podcast each Tuesday at http://www.sportsradioservice.com 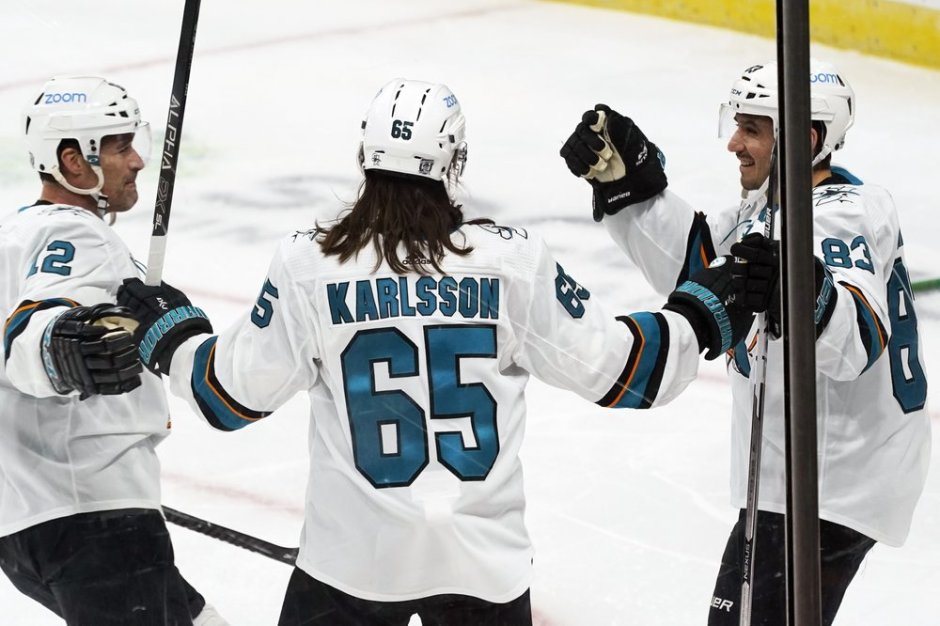 The celebration would be short but in the first period the San Jose Sharks Matt Nieto (83) who scored is congratulated by Erik Karlsson (65) and Patrick Marleau (12) against the Minnesota Wild on Fri Jan 22, 2021 at the Xcel Energy Center (AP News photo)

On NHL podcast with Matt Harrington:

#1 The Minnesota Wild (5-3-1) and the San Jose Sharks (4-3-2) at the Xcel Energy Center The Wild got a convincing win over the Sharks 4-1. The Wild got scoring from Joel Eriksson, Zach Parise, Kevin Fiala, and Jordan Greenway each scored a goal a piece. San Jose goalie Devan Dubnyk stopped 25 of 27 shots against his former team.

#2 The Washington Capitals (5-2) had four players including team captain Alex Ovechkin sidelined against the Buffalo Sabers (1-4) on Friday night. The Caps despite being four players short due to due to positive Coronavirus tests and protocols got by with an overtime shootout win 4-3 in DC.

#3 The Edmonton Oilers (2-4) and the Toronto Maple Leafs (4-2) at Toronto. The Leafs scored two goals in each of the second and third periods for the 4-2 win. The Leafs Mitch Marner, Adam Brooks, John Taveras, and Jimmy Versey each had a goal.

#4 In another razor close game the Pittsburgh Penguins (3-2) got a 4-3 win against the New York Rangers (1-2-1) at PPG Paints Arena. The Rangers might have lost but it was a close contest does that mean despite the loss the Rangers still can bring it or were they just up for the Pens?

#5 The Chicago Blackhawks (1-3-1) scored in each period and the Blackhawks goalie Kevin Lankinen held the Detroit Red Wings (2-3-0) to one goal and stopped 30 shots in the 4-1 win.

Matt does the NHL podcast each Saturday night at http://www.sportsradioservice.com

Daniel Dullum does the NHL podcasts each Sunday at http://www.sportsradioservice.com 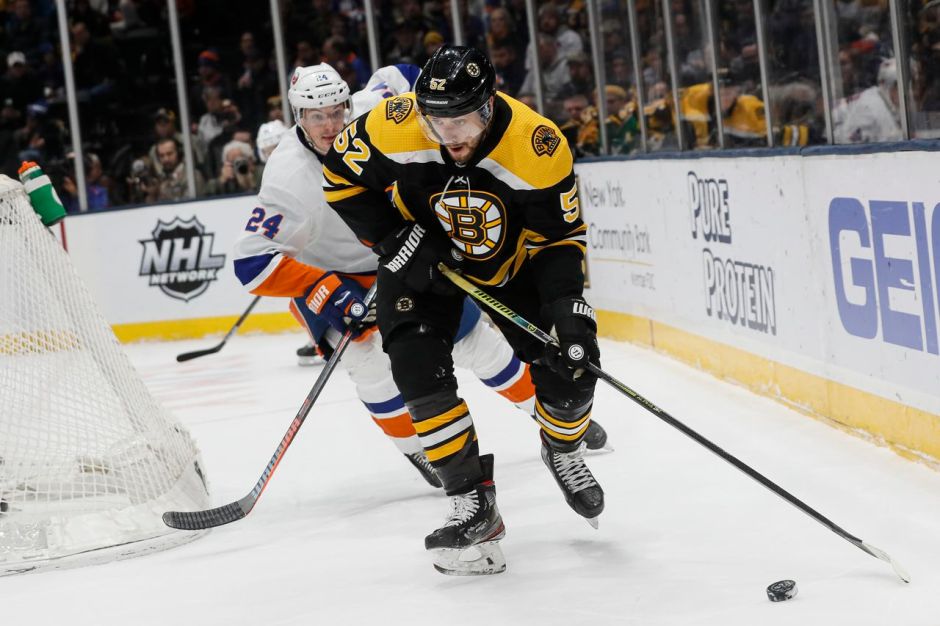 1 Islanders return full-time to Nassau Coliseum for next season

Daniel Dullum hosts the NHL podcast each Sunday at http://www.sportsradioservice.com 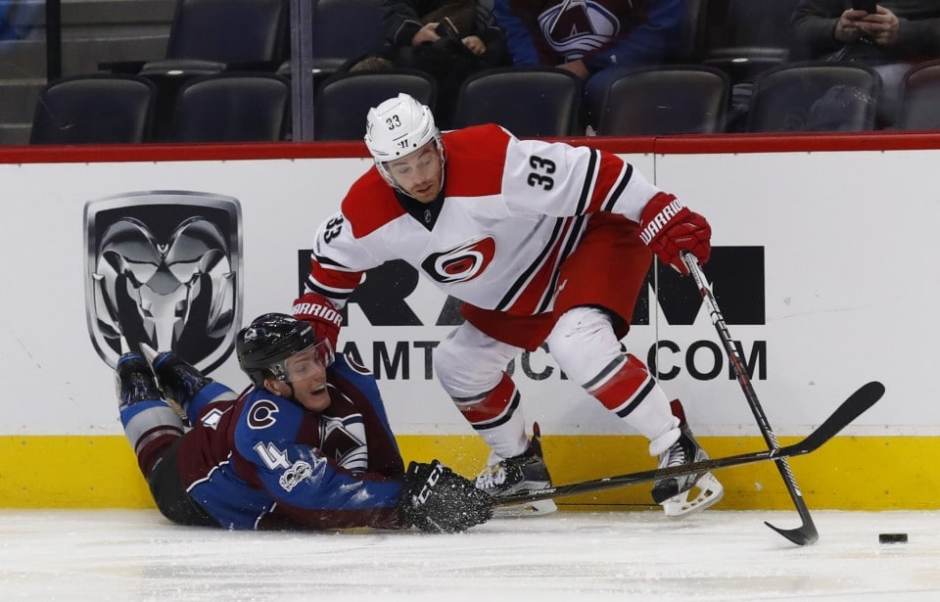 washingtonpost.com photo: Avalanche have a 19-44-3 record (41 points), which puts them on pace for the worst season in franchise history since relocating in 1995.

#1 Samuel Girard nailed a goal at 2:37 to lead the Colorado Avalanche to a 3-2 win over the home team Carolina Hurricanes. Tyler Jost of the Aves scored twice to help Colorado extend their winning streak to five games.

#2 The Philadelphia Flyers continue to roll with a 5-2 win over visiting New York Rangers at Wells Fargo Center. Claude Giroux scored twice and the Rangers lost Chris Kreider to a fractured ankle.

#3 Alex Stalock stopped 24 shots getting his fourth shutout of 2019-20 season as the Minnesota Wild defeated the Columbus Blue Jackets 5-0. The Wild dominated from the puck drop.

#4 The Anaheim Ducks goalie John Gibson saved 28 shots against the Pittsburgh Penguins in a narrow 3-2 win at the Duck Pond in Anaheim. The Pens who come into San Jose tonight are on a five game losing streak.

#5 The Las Vegas Golden Knights picked up a 4-2 win against the Buffalo Sabers on Friday night as the Knights Reilly Smith scored two goals to pace Vegas to victory.

Join Matt each Saturday for the NHL podcast at http://www.sportsradioservice.com

Thornton scored both goals for the Sharks and became the third player 40 years of age or older to have a two-goal game at the Garden, according to the Elias Sports Bureau. But the Sharks, tied with the Rangers after the second period, were scoreless in the third.

Sharks interim head coach Bob Boughner said the team “couldn’t have a better first period” and “produced a lot of chances.” But the Sharks are struggling with three of their best players injured: center and captain Logan Couture, defenseman Erik Karlsson and center Tomas Hertl.

Center “Jumbo” Thornton scored at 17:55 into the first to tie the game at 1-1, assisted by right wing Timo Meier and defenseman Mario Ferraro. It was Thornton’s third goal of the season.

“Timo just made a nice play and kind of pounded it,” Thornton said.

The Sharks took the lead at 13:47 into the second period. Thornton scored on the power play with the help of defenseman Brent Burns and right wing Kevin Labanc.

Thornton became only the third player 40 years or older to hit two goals at the Garden, and it was his first two-goal game since Feb. 18, 2019, against the Boston Bruins. He had a hat trick that night.

But the Rangers tied the game at 2-2 when center Mika Zibanejad scored at 17:27 into the second period, assisted by Panarin. The Rangers had the 8 final shots including a penalty shot that did not go in.

The Sharks came up in the third but the Rangers took control of the period, with Jesper scoring 6:54 in, assisted by defenseman Jacob Trouba and Strome. The Sharks blocked 9 shots.

Sharks goalie Aaron Dell said he thought he played “fairly good most of the time.” 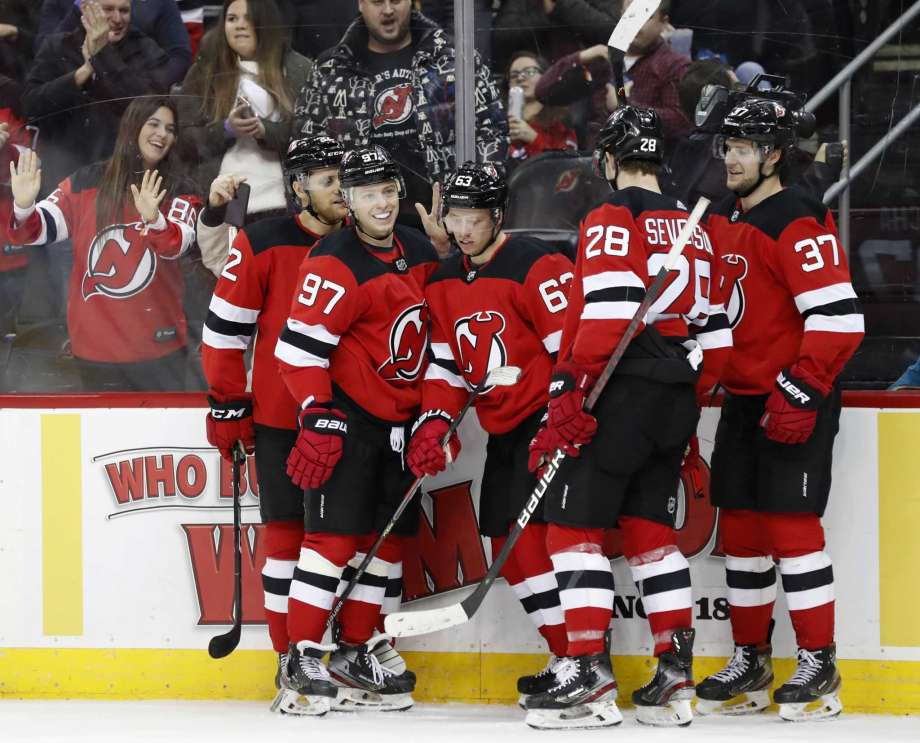 #3 How much of an impact were the season ending injuries for defenseman Erik Karlsson and forward Tomas Hertl?

#4 The suspension of Evander Kane has taken away a chunk of the offense the Sharks can just get over the hump right now.

photo from startribune.com: Minnesota’s Ryan Hartman (38), Marcus Foligno (17) and Jared Spurgeon (46) celebrate a goal against the Oilers during the second period.

#1 The Minnesota Wild’s Jared Sprugeon got a natural hat trick on Friday night against the Edmonton Oilers 5-3. The Wild also got goal help from Kevin Fiala and Carson Soucy as the Wild pick up their second straight win.

#2 The St Louis Blues David Perron found the back end of the net again scoring his 24th goal as the Blues defeated the Dallas Stars 5-1. Dallas goaltender Ben Bishop left early in the contest after allowing multiple goals.

#3 The Boston Bruins Patrice Bergeron scored a pair of goals in the Bruins 4-3 win over the Calgary Flames, Bergeron is on a roll scoring 21 times in 32 games

#4 The New York Rangers got three goal win over the Carolina Hurricanes 5-2, the Rangers Mike Zibanejad scored a goal and had two assists. The Rangers will be on back to back games hosting the San Jose Sharks tonight at MSG.

#5 The Chicago Blackhawks edged the Nashville Predators 2-1 on Friday night, the Hawks Alex DeBrincat got a third period goal and also in overtime to put Chicago over the top 2-1

#2 Jason Zucker of the Pittsburgh Penguins scored twice in his first game as a Penguin It was Zucker’s 15th and 16th of the season after coming to Pittsburgh in the 4-1 win  over the Montreal Canadiens.

#3 The New York Rangers got a 2-1 lead over the Columbus Blue Jackets when Chris Kreider found the back of the net in the Rangers 3-1 win. Rangers goaltender Alexander Georgiev stopped 36 shots.

#4 The Carolina Hurricanes Andrei Svechnikov got a second period goal the goal marked the sixth consecutive game for Svechnikov in his point streak. The Hurricanes picked up the 5-2 win over the New Jersey.

photo from the startribune.com: The Minnesota Wild’s Joel Eriksson Ek gets a wrap around goal against the Dallas Stars on Friday night at 27 seconds left in the game

#2 The Toronto Maple Leafs got scoring help from John Tavares who scored twice. The second coming in the overtime stanza at 4:53. The Leafs Austin Matthews picked up a goal his 40th goal of the season in the Leafs 5-4 win over the Anaheim Ducks.

#5 Will the San Jose Sharks be able to move Brenden Dillion. NHL teams are measuring his trade value how valuable is he to a team and what will the Sharks expect for him?