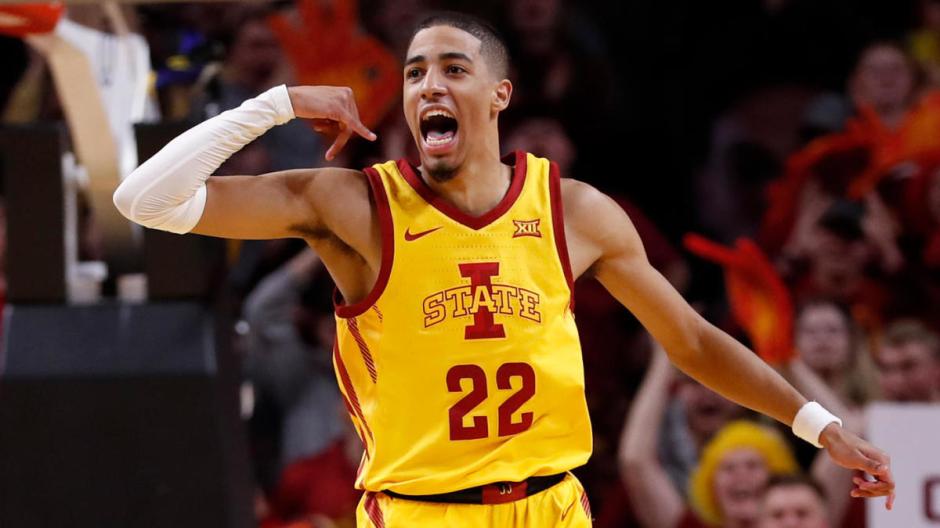 The NBA Draft started on Wednesday night, and the Sacramento Kings had a big night. The Kings had their first and second round draft picks as well as the 35th pick and the 52nd pick, thanks to a three-team trade between the Kings, Houston Rockets, and Cleveland Cavaliers by the 2019 trade deadline,

With the 12th pick, Sacramento selected Tyrese Haliburton. Haliburton is a point guard who played at Iowa State University from 2018 to 2020. He was most recently named to the Second Team All-Big 12.

ESPN Front Office Insider Bobby Marks shared his praise for the Kings’ 12th pick. Marks said: “In my 25 years working in the NBA, [Haliburton’s] the best interview I’ve ever gone through.”

The Kings traded their 35th pick to the Memphis Grizzlies for the 40th pick and a future second round pick.

With the 40th pick, Sacramento selected Robert Woodard II. Woodard is a guard and forward who played at Mississippi State University from 2018 to 2020.

With the 43rd pick, Sacramento selected Jahmi’us Ramsey. Ramsey is a guard who played at Texas Tech University from 2019 to 2020.

Nobody is sure that the Kings will get out of dysfunction this coming season, but these three picks are promising. Also, Sacramento has to consider changing their team’s culture.

Stanford sophomore standout forward KZ Okpala has declared his eligibility for the NBA Draft, submitting his name to the NBA’s Undergraduate Advisory Committee.

“After several discussions with my family and my coaches, I have decided to declare for the NBA Draft,” Okpala said. “The NBA is a dream and certainly a goal of mine. I am truly blessed to continue to learn from so many people here at Stanford as I grow as a person and a player. It’s exciting to apply what I have learned so far as I begin this journey and see where it takes me.”

Okpala has submitted his name to the NBA’s Undergraduate Advisory Committee for evaluation. Under NCAA policy established within the past year, undergraduates can submit paperwork to the NBA to be evaluated, attend the NBA Draft Combine, conduct workouts with NBA teams and sign with NBPA-certified agents, while remaining NCAA eligible. He has until May 29 to decide to either remain in the NBA Draft or withdraw his name to retain his NCAA eligibility.

“KZ has certainly put himself him in position to be evaluated by the NBA,” said Jerod Haase, Stanford’s Anne and Tony Joseph Director of Men’s Basketball. “He possesses tremendous talent and a skillset that fits the NBA. KZ is also an exceptional person and the consummate teammate. We wish him all the best and continue to support him throughout this process.”

Okpala scored a career-high 30 points in the win at Cal in February. He recorded four consecutive 20-point games for the first time in his career in the middle of the conference season, achieving the mark against Arizona (29), Arizona State (21), Washington (22) and Utah (22). He earned Pac-12 Player of the Week honors in November, after averaging 29.0 PPG in victories over Seattle and UNC Wilmington. He finished his sophomore season on The Farm with a pair of double-doubles, posting 22 points and 10 rebounds in the Pac-12 opener against UCLA and 20 points and 10 rebounds in the season opener against Seattle. 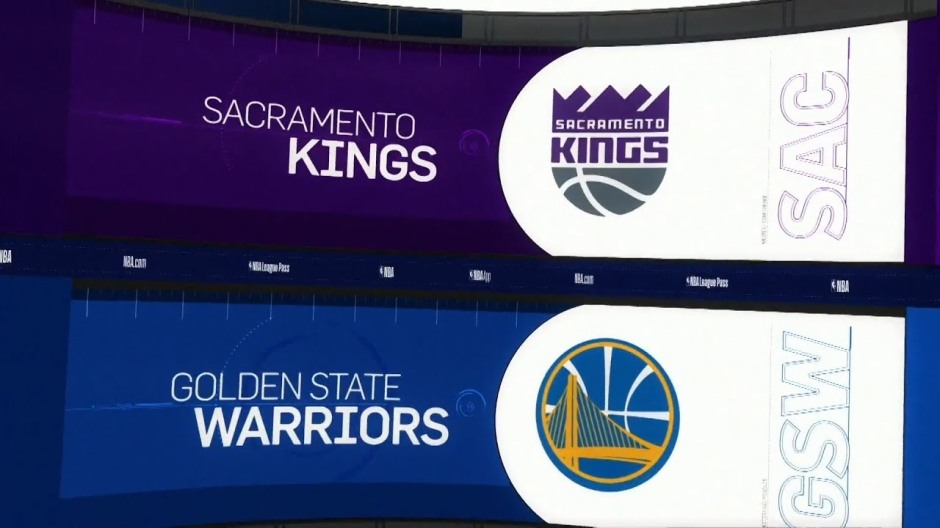 The 2018 NBA Draft was held on Thursday night at the Barclays Center in Brooklyn, New York. As usual, the draft changes the lives of many college and maybe even high school basketball players each year. That’s almost certain unless if the young prospect turns out to be a draft bust, which is something that nobody wants, but is an inevitable situation in life.

Anywho, the Golden State Warriors and Sacramento Kings were on the board, so let’s see who these two Bay Area teams selected using their respective picks.

First Round
Kings
The Kings had the second overall pick and they used it on Marvin Bagley III, a power forward who grew up in Tempe, Az., and played college basketball at Duke for just one season from 2017-18. In 2018, he was a Consensus First-Team All-American, First-Team All-ACC, and ACC Player of the Year. He also won the Pete Newell Big Man Award. In 2017, he was named to the First-Team All-USA TODAY.

Newest Kings forward @MB3FIVE Skypes in to the @Golden1Center Draft Party to ring his cowbell! 🛎 pic.twitter.com/NZFLTyUclJ

Side Note: Bagley III was selected behind his former high school teammate, Deandre Ayton (center; power forward), in the draft.

Warriors
The Warriors selected Jacob Evans (shooting guard) with the 28th overall pick. He played college basketball at the University of Cincinnati from 2015 to 2018. He finished his college career with 1,233 career points. He was also named to the First-Team All-AAC.

Side Note: Evans declared for the 2018 NBA Draft, but didn’t hire an agent to help him out.

Second Round
Kings
It was a Blue Devil kind of night of the Kings, who selected Gary Trent Jr. (shooting guard) with the 37th overall pick. Like Bagley, Trent Jr. played college basketball at Duke for just one season from 2017-18. In 2017, he was selected as a McDonald’s All-American and played in the Jordan Brand Classic. In 2015, he was the FIBA Americas Under-16 Championship MVP.

Notes
Warriors’ JaVale McGee will be at Levi’s Bay Area store on Friday from 12-1 pm on behalf of his Juglife Water Foundation and ahead of the Water For Life Charity Softball Game.

+ How are they playing right now?

+ Who is hot on the court for the Kings?

+ Who could be the Kings number one draft pick?

The Sacramento Kings surprised the experts on Thursday night by selecting shooting guard Nik Stauskas from the University of Michigan. The experts were predicting the Kings would draft a power forward or a point guard at number eight. The Kings drafted shooting guard Ben McLemore out of Kansas last year. McLemore saw an increasing amount of playing time in the second-half of the 2013-14 season. Does the selection of Stauskas mean the Kings are giving up on McLemore or could Stauskas have been drafted as a piece for a potential multi-player trade with someone like the Detroit Pistons? As the great expert continues to say on a regular basis, “Only time will tell.”

Stauskas is a 6’6”, 205 pound shooting guard from Etobicoke, Ontario. He played his high school ball at St. Mark’s School in Southborough, Massachusetts before heading to the University of Michigan. Stauskas was voted the Big Ten Player of the Year in 2014. He was named to All-Big Ten First-Team and to the Associated Press All-American Second-Team last year. Stauskas was selected to the NCAA Tournament All-Midwest Regional Team for his play leading the Wolverines to an Elite Eight run. Michigan lost to Kentucky, the eventual tournament champions, 75-72 in the Elite Eight.

Stauskas led Michigan in scoring in 2014 averaging 17.5 points per game which ranked third in the Big Ten. He shot 47.0-percent from the field and 44.2-percent from three-point range. Stauskas is an 82.4-percent free throw shooter.

Stauskas is an elite shooter with a quick release and great mechanics. The experts say he has unlimited range and is comfortable shooting off the dribble or on pull-ups. Stauskas is solid ball-handler with a good first step and the ability to make plays off the bounce pass. He is also known as an unselfish player who will make the extra pass. David Aldridge of NBA.com had Stauskas as the number-one shooting guard available in the draft.

When asked how he felt about being selected by the Kings Stauskas said’ “I’m excited about the city and the organization. They have a great young corps there. I’m excited to get in there and help the team win some games.”

Responding to a question about being drafted after the Kings selected shooting guard Ben McLemore last year he said, “I feel like I can play multiple positions. Moving forward in the NBA I feel I can play a little bit of the one (guard) and some two. I know this team has kind of struggled shooting the ball and that’s obviously the best part of my game and spreading the floor and knocking down shots is what I’m excited about doing for this team.”

“A lot of guys who come to Michigan, the guys who were under recruited, we play with a chip on our shoulder,” he said on ESPN. “Me and Trey we felt we had something to prove and coach Beilein and the assistant coaches they’ve all done a great job and they gave us a great system to play in and we really succeeded in it.”

“You’re playing with Trey Burke and Tim Hardaway Jr. you have to take a backseat somewhat,” ESPN analyst and former Wolverine Jalen Rose said on the broadcast. “He improved his ball handling, he got stronger, able to finish at the hoop, knock down three-point shooter and he’s fearless. He’s one of those guys who goes on the court and thinks, I’m the best player out there.”