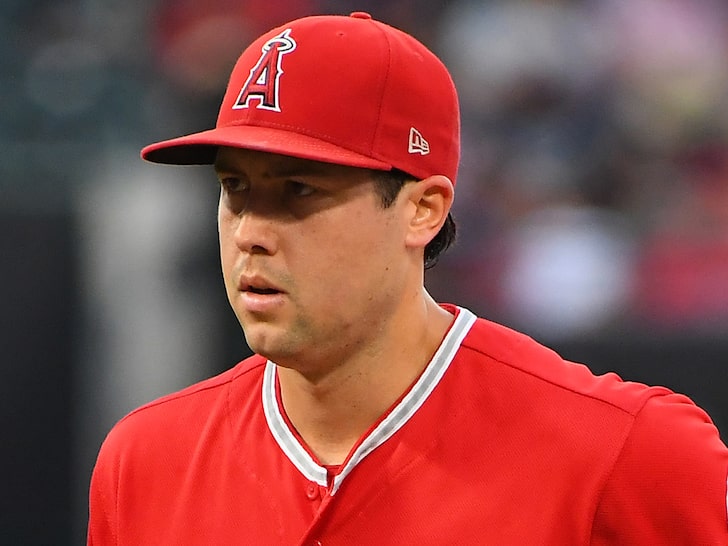 On the MLB The Show podcast with Matt Harrington:

#1 Los Angeles Angels pitcher Tyler Skaggs who passed away at age 27 the autopsy showed that Skaggs took “alcohol, fentanyl and oxycodone intoxication with terminal aspiration of gastric contents” according to a statement released by the Angels. Skaggs choked on his own vomit when the Angels were in Arlington in preparation to play the Texas Rangers, but on the day Skaggs passed away, the game was canceled due to his death.

#2 The Angels released a statement saying that the team will not rest until it gets a full investigation as to who supplied Skaggs with the painkillers and alcohol. The Skaggs family along with the Angels said that the team has hired Texas attorney Rusty Hardin to help with the investigation.

#3 The Los Angeles Dodgers have placed Max Muncy on the 10-day IL due to a wrist fracture. Muncy hopes not to miss more than 10 days and has 33 home runs and 87 RBIs this season. Muncy took a pitch on the wrist as he prepared to swing the pitch was expected to break away but jammed him.

#4 San Francisco Giants catcher Buster Posey hit in the five-hole for the first time this season on Thursday night. Giants manager Bruce Bochy made the move stating that Posey hitting .246 with six home runs and 35 RBIs was a “change of scenery move.” Posey went 1-4 on Thursday night against San Diego and hit fifth again on Friday night.

#5 Hurricane Dorian was upgraded to a category four and is headed for Miami. The Miami Marlins reportedly will leave three panels of the roof of their park open to avoid giving lift to the roof. The hatches are baton down, but the question remains what condition the park will be in after the storm and what impact will Dorian have on the community in order for the Marlins to continue play. The Fish are scheduled to host the Kansas City Royals on Friday night.

Matt Harrington does the MLB The Show podcast each Saturday at http://www.sportsradioservice.com

#1 The Dodgers nearly did what they did on Wednesday night and run away with a ballgame as the Dodgers started out the game with a 6-0 lead.

#2 The Giants rallied back in the last three innings of the game and nearly tied up the ball game against Dodger pitcher Kenley Jansen.

#3 On a Giant bunt by Tyler Austin up the first base side, Dodger first baseman Cody Bellinger’s throw to third base that Giants baserunner Stephen Vogt was called out. The play was reviewed and it look like Vogt’s foot hit the bag about the same time the ball hit Dodger third baseman Justin Turner’s glove how did Michael see it.

#4 When the Dodgers’ Max Muncy came up to the plate to face Giants starter Madison Bumgarner the Dodger’s scoreboard showed a replay of the home run that Muncy hit off Bumgarner last time the Dodgers were in San Francisco plus the Dodgers played “Under the Sea” and “Smoke on the Water” during the replay.

#5 The Giants are in Arizona for a three-game battle with the Arizona Diamondbacks. The Giants will start Jeff Samardzija (3-6) going against the Diamondbacks’ Taylor Clark (1-2).

Michael does the Giants podcasts each Friday at http://www.sportsradioservice.com

@adriangarro photo: Los Angeles Dodgers Max Muncey gets a laugh out of the freshly printed t-shirts on Friday night at Dodgers Stadium in reference to his chatter with San Francisco Giants pitcher Madison Bumgarner after hitting a home run off him on the Dodgers last trip to San Francisco.

On the MLB podcast with Matt:

#1 Who would ever thought that the Los Angeles Dodgers would ever print the famous words from Dodgers slugger Max Muncy after he hit a splash hit off San Francisco Giants starter Madison Bumgarner when Muncy and the Dodgers were in San Francisco that said “Go get it out of the ocean” a reference to Bumgarner telling Muncy to “run and not watch the ball” after a home run and then Muncy telling Bumgarner “If you don’t want me to watch the ball go get it out of the ocean.” The Dodgers this week have been wearing blue t-shirts with those words printed on it.

#3 The once former Boston Red Sox third baseman that was given up for dead Pablo Sandoval for San Francisco went 3-4 on Friday night, including a double and a home run

#4 The Oakland A’s are certainly a ball club that is playing .500 ball after their 10-game win streak a couple weeks back ended they have been playing some back and forth ball going 6-4 on their last road trip and dropping their first game to Seattle 9-2 to open a homestand in Oakland on Friday night.

#5 You have to enjoy the two-way competition between the Tampa Bay Rays and the New York Yankees in the AL East. The Rays with a 1/2 game margin over the Yankees make it for a competitive battle. The Rays bounced back from having the A’s taking two out three from them in their previous series with a win over the LA Angels 9-4. The Yankees got trounced on Friday night by the Chicago White Sox 10-2.

Matt does the MLB podcast each Saturday at http://www.sportsradioservice.com