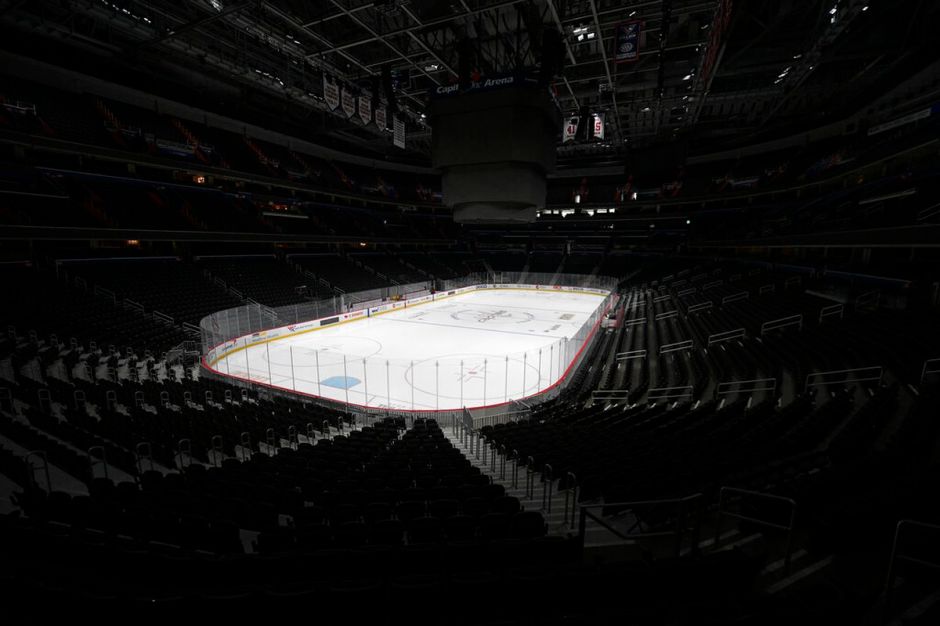 photo from anchoragedailynews.com : The Capital Center in Washington DC sits empty on Thu Mar 12th the day that the NHL announced suspending all games due to the Coronavirus outbreak

#1 How shocked were you to learn of the suspension of the NHL season?

#2 Some key players of note who were having such a great year Alexander Ovechkin, Leon Draisatl, and Connor McDavid

On the Sharks podcast with Len Shapiro:

#1 The Edmonton Oilers fell on top of the San Jose Sharks’ Timo Meier on Thursday night at Rogers Place, the Old Rexall building. Meier went in the x-ray room after the game to take a look at his left wrist. Meier most likely will be in tonight’s game at SAP against the Colorado Avalanche.

#2 The Oilers’ Leon Draisaitl was working on a hat trick as he got goals 48 and 49 for the season, but the Sharks covered him well for the rest of the game as the Sharks got away with a close 3-2 win.

#3 The Sharks, with the win over the Oilers, picked up their second win in four games after a nasty seven-game skid. Are they beginning to show some signs of coming out of it?

#4 Joe Pavelski said the Oilers are a team who can get to another level of play and the Sharks need to commit to coming back when they get behind. Melker Karlsson is scheduled to come back and Erik Karlsson is day-to-day.

#5 After tonight’s final regular season game against the Colorado Avalanche, the Sharks will open with home ice for the Stanley Cup Playoffs against the Vegas Golden Knights. Len sets this first round up for us. 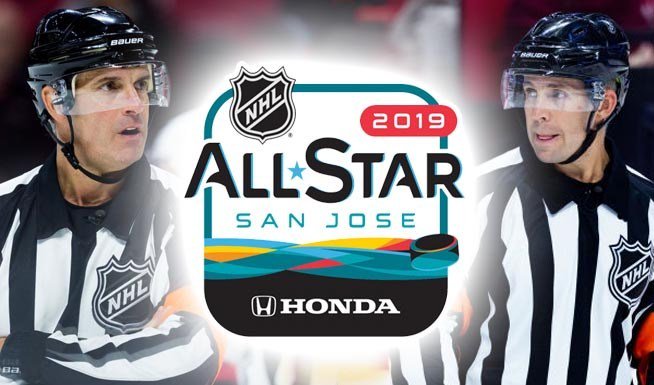 SAN JOSE — The 2019 NHL All Star Skills Competition featured six events in front of a big crowd at SAP Center Friday evening. In the first event, the Fastest Skater, Edmonton’s Connor McDavid won for the third time in a row, this time with a time of 13.378. In second place, Buffalo’s Jack Eichel completed the course in 13.582, with the Islanders’ Matthew Barzal third at 13.778. The first skater in the competition was Kendall Coyne Schofield of the US Women’s National Team. Her time was 14.346.

The second event was demonstrated by Rebecca Johnston of the Canadian Women’s team. The Puck Control race started with a stick handling test, followed by a puck carrying exercise though cones. The third test was to put the puck through three variable gates. One of three gates in each pillar would light up as the skater finished the preceding test. At the end, they had to put the puck in a regular net. Calgary’s Johnny Gaudreau took the prize with a time of 27.045. Chicago’s Patrick Kane skated first but came in second with a time of 28.611. Philadelphia’s Claude Giroux finished third with a time of 30.270.

In the Save Streak competition, each goaltender would face a shot from each skater on an opposing team, with the order of go to repeat if the goalie stopped a shot by a Divisional Captain. If he did not stop that shot, his turn was up. Henrik Lundqvist went last and won with 12 saves against the Atlantic Division.

Briana Decker of the USA Women’s National Team demonstrated the Premier Passer race. Contestants had to hit the sticks of three cutout skaters with a pass, then put pucks in four mini nets with a saucer pass over a low barrier. Finally, the skater had to hit five of six targets which would light up, signalling him to shoot at that one. If he did not hit the target before the light changed, it did not count. Edmonton’s Leon Draisaitl won it with a time of 1:09.088. The second best time was 1:18.530 from Carolina’s Sebastian Aho, and the third best was St. Louis’s Ryan O’Reilly with 1:25.897.

Washington’s John Carlson won the Hardest Shot contest with a 102.8 mph shot. San Jose’s Brent Burns came next with a 100.6 mph shot, while Columbus’s Seth Jones was third with a 99 mph shot. Tampa Bay’s Steven Stamkos was the only other shooter and his best was 96.2 mph. San Jose’s Sharky won the mascot hardest shot with 85.2 mph.

The Final Event was Accuracy Shooting. Renata Fast from the Canadian Women’s National Team demonstrated the new setup. Instead of plates that break, the targets were LED lit and they only stayed lit for 3 seconds before going dark. Of course, they had to be hit while lit or it did not count. The standing record for five-target accuracy shooting is 11.1. Boston’s David Pastrnak won it this year with a time of 11:309. Kris Letang and Drew Doughty came in second and third with times of 12.693 and 13.591 respectively. San Jose’s Joe Pavelski finished with a respectable 14.423.

The NHL All-Star Game will start at 5:00 PM PT Saturday.