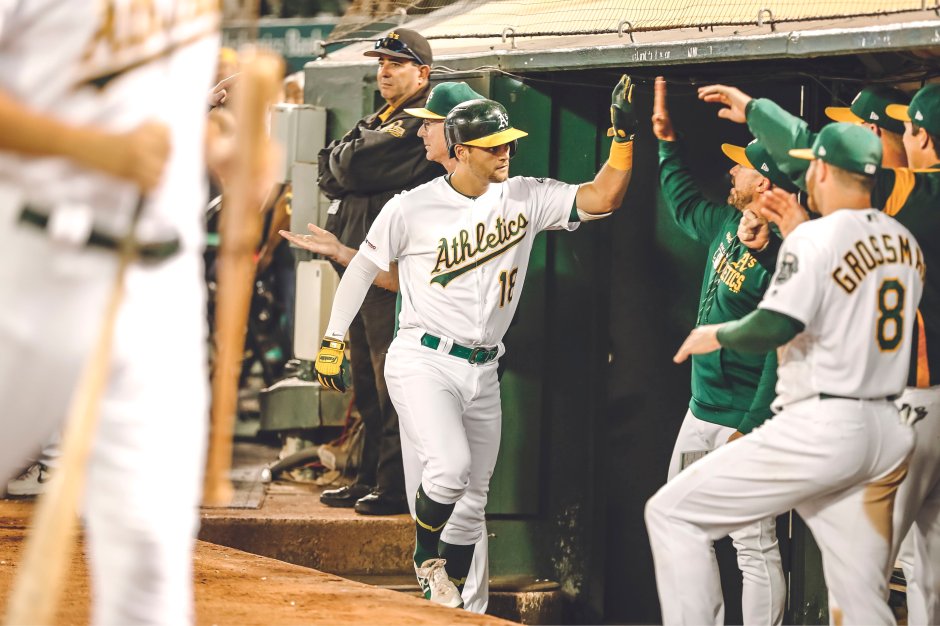 The Athletics jumped on the Cardinals early on Saturday night when they scored two runs in the bottom of the first inning off the Cards starting pitcher Dakota Hudson. The A’s sent eight batters to the plate collecting two hits, two walks, and one hit batsman. It became very apparent that it was going to be a short evening for Hudson.

The A’s scored two more runs in the bottom of the second inning. Oakland sent seven hitters to bat in the inning taking advantage of a double, sacrifice fly, two walks and one passed ball.

The Cardinals closed the gap to 5-2 by the end of 6 1/2 innings, but Chad Pinder hit a two-out three-run home run in the bottom of the seventh inning to make an 8-2 score. The Cardinals’ Lane Thomas hit a pinch-hit home run in the top of the ninth inning which made the final score 8-3 in favor of the A’s.

Oakland is now 63-48 on the season — 8.5 games back of Houston in the AL West and 1/2 game out of the second Wild Card slot behind Tampa Bay. St. Louis falls to 58-51 and into second place in NL Central — 1/2 game behind the Cubs. The Cardinals now are in the number one Wild Card slot in the National League.

A’s fans will get their first look at RHP Tanner Roark on Sunday. Roark came to the A’s at the trade deadline from the Cincinnati Reds for minor league outfielder Jameson Hannah. Roark was 6-7 with a 4.24 ERA in 21 starts for the Reds.

The Cardinals will counter with RHP Adam Wainwright, who is 7-7 with a 4.47 ERA so far in 2019. Wainwright started against Oakland back on June 26 in St. Louis. He lost that game 2-0. Wainwright worked 6.2 innings giving up two runs (both earned) off seven hits. He walked one, struck out nine, but he gave up two home runs. Wainwright will be a free agent at the end of the season.