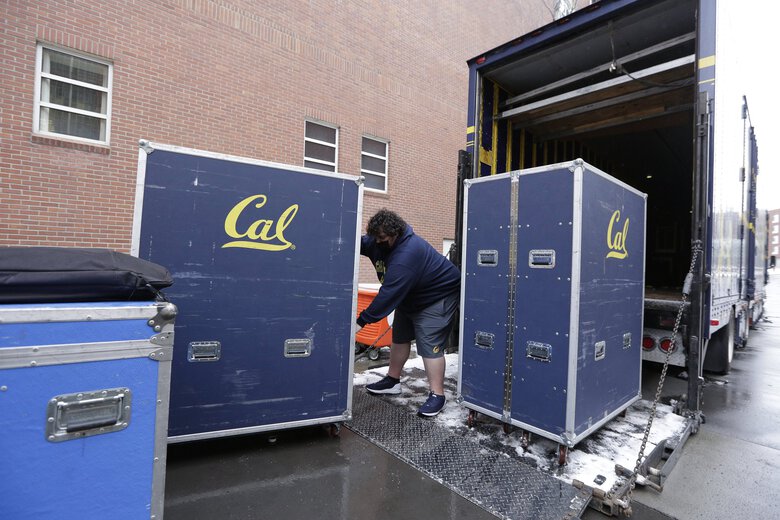 The Cal Bears were supposed to enjoy an exemplary season on the football field. Instead, their season was wrecked by COVID-19 in a such a devastating manner the conversation has regarding their fate has gone national.

And the likely final chapter to their story? The cancelation of Saturday’s game in Pullman against Washington State just two hours before the kickoff due to a Cal lineman registering a positive test on Saturday morning.

In accordance with Pac-12 contact tracing protocol, the positive test triggered the quarantine of additional players at the same position leaving the Bears below the required six scholarship players at that position. With those additional players quaranteened for two weeks, the Bears are unlikely to be able to field a team next weekend either, likely ending their season.

The Cal administration and Coach Justin Wilcox issued a statement that they would not immediately comment on the situation. What is known, the Bears traveled to Pullman Friday, but never took the field for warm-ups on Saturday and abruptly flew back to the Bay Area during the window in which the game was to be played.

“We’re always going to err on the side of caution as a conference,” WSU athletic director Pat Chun said.

That caution has hatched a bunch of critics of the Pac-12 who have had a string of cancelations combined with a delayed time frame allowing no weekend for makeups. Consequently, the Pac-12 season will end next weekend (with opponents still to be determined) with few of the schools completing as many as seven games the truncated season aimed for.

The Bears are currently 1-3 and can’t finish with at least a .500 record ruling out a bowl game appearance. Their COVID situation could hampet another team’s season-ending weekend as well as the conference has ruled out member teams playing outside competition. 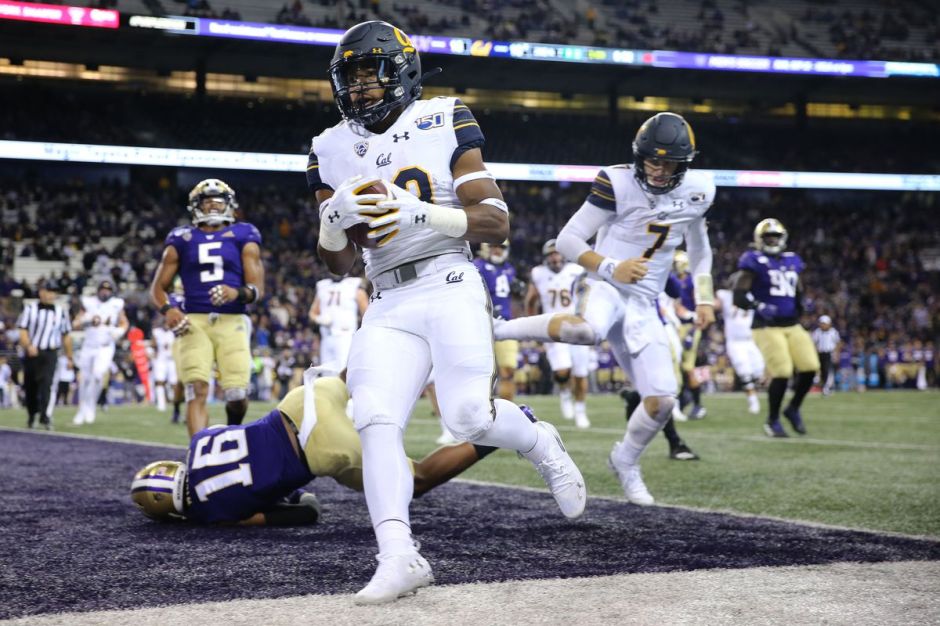 BERKELEY–The Washington-Cal Bears football game scheduled for Saturday night has been canceled due to a player’s positive COVID test, and the subsequent quarantining of the Cal players in his position group.

The decision to quarantine the infected player’s position mates was made by the Berkeley Public Health Department in keeping with their mandates through contact tracing. The player registering the positive test remains asymptomatic, but those student-athletes who were deemed to be in close contact with him must quarantine for 14 days, the period of time in which the virus could surface due to the contact.

That means along with Saturday’s cancelation, the Bears’ game at Arizona State scheduled for November 14 could also be in jeopardy once individual timeline’s are determined for each quarantined individual based on their most recent contact with the athlete registering positive.

“I think part of this is tough to swallow because the players and our athletic department, coaches, athletes tried to do the best we can with the information we had. And unfortunately, it didn’t quite do the job because they still were contact-traced. They don’t talk to us about those specific scenarios,” Cal coach Justin Wilcox said.

Only 20 student athletes at Cal have registered positive tests since on-campus activities resumed along with regular testing on June 4. This was the first positive test within the football program, and couldn’t have come at worse time with two games of the team’s abbreviated six-game schedule jeopardized without the possibility of being rescheduled.

Further, the Bears had received positive reviews from Pac-12 journalists who touted the team’s experience and talent relative to their conference opponents. The outset of the season also gave the entire athletic department hope that they could lessen the financial issues within the program caused by a series of annual financial deficits. 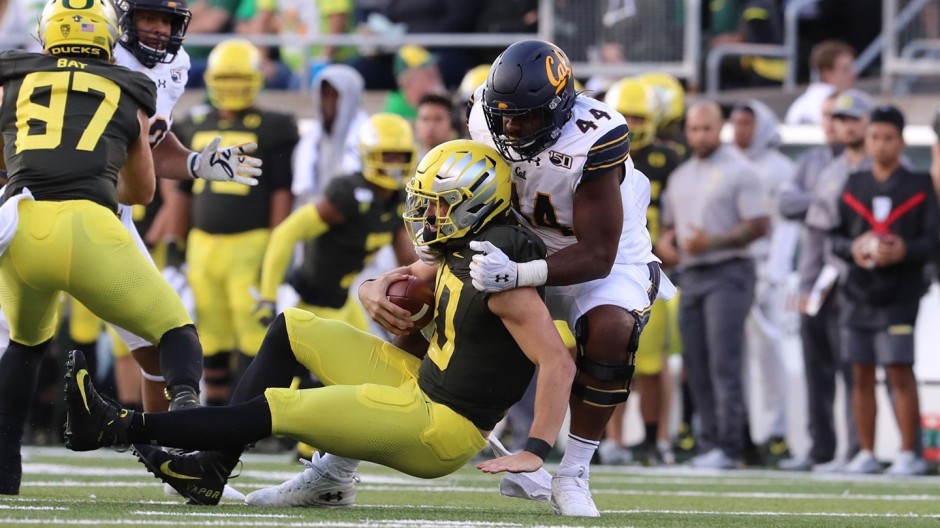 On the Cal Bears (4-2) Football podcast with Morris:

#1 Morris, Cal head coach Justin Wilcox reflected on the tough loss in their last game October 5th at Oregon (4-1) saying “It’s not one person, the way we meet, the extra work they do” referring to the work ethic of the team was that element lacking referring to the loss to the Ducks on the 5th?

#2 Morris, talk about Cal’s defensive backfield: Ashtyn Davis, Jaylinn Hawkins, Trey Turner III, Treyvon Beck, Josh Drayden, Camryn Bynum, and Elijah Hicks. How much of a percentage you would put on the game in Oregon that defense was there or not there?

#3 How much pressure will be on David Modster to get it done this coming Saturday. He just wasn’t able to get some of the passes he wanted in Oregon last game.

#4  Modster will get a chance to throw against Oregon State (2-4). Oregon State had their heads handed to them in their last game by the Utah Utes (5-1) 52-7 nearly getting shutout. Could Modster have a game like that throwing for scores all day?

#5 Lastly, talk about coach Wilcox’s game plan the Bears need a lot more offense than they got in Oregon and how sore is the wounded Golden Bear that wants to come out with a vengeance on Saturday?

Morris does the Cal podcasts each Monday morning at http://www.spotsradioservice.com 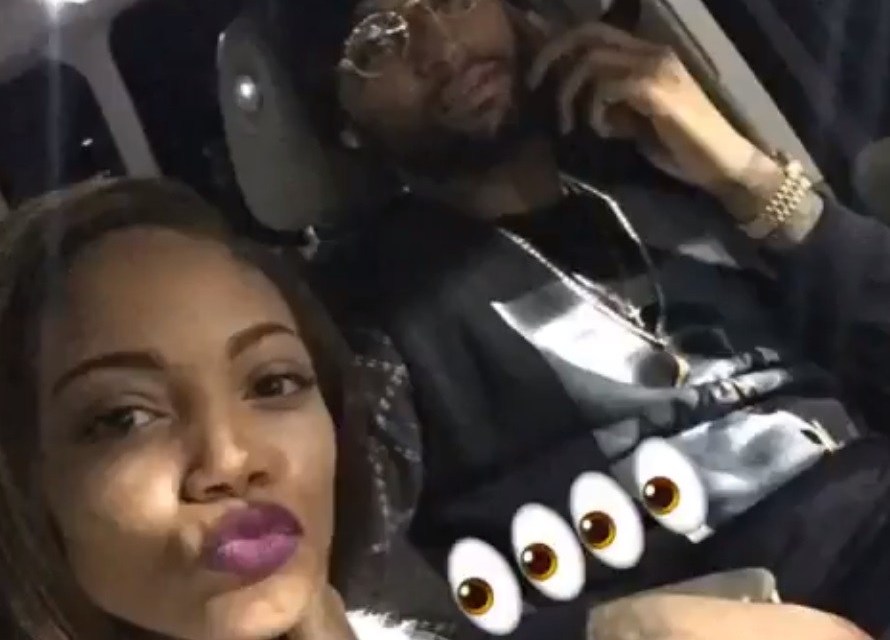 #1 Former Golden State Warrior and now Los Angeles Laker DeMarcus Cousins threaten to put a bullet in the head of his ex-girlfriend Christy West. West filed a restraining order against Cousins. Cousins wanted their seven-year-old son to attend the wedding of his and his girlfriend, but West said she wouldn’t have it, which touched off the argument. Cousins is out for the season with a torn ACL.

#2 The Cal Bears’ Justin Wilcox preparing his team for this Saturday’s game against UC Davis. Wilcox led Cal to a 7-6, 4-5 record last season. They got in the Cheez-It Bowl last season, but are looking for a bigger bowl this season.

#3 Kansas City Royals owner David Glass is close to selling the Royals for $900 million. The deal for $1 billion would go to John Sherman, a Kansas City businessman. Under Glass, the Royals won the 2015 World Series against the New York Mets.

#4 The San Jose Earthquakes picked up a key win after going winless in four of five games they got the victory over the Vancouver Whitecaps. The Quakes’ Judson, Chris Wondolowski, and Andres Rios all scored for San Jose for the 3-1 win.

#5 London has Orlando City at San Jose this Saturday night at Avaya Stadium. The Quakes are looking for their second straight win. Does playing at home give them that chance?

London does Headline Sports each Wednesday at http://www.sportsradioservice.com 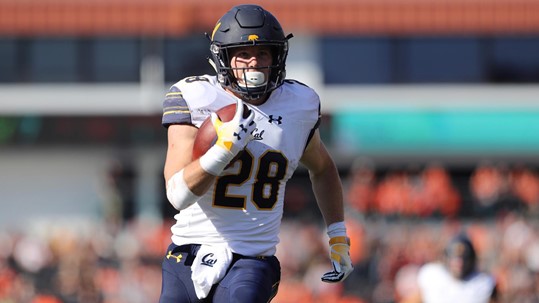 In their most impressive outing of the season to date, the Cal Bears wiped out the Beavers, 49-7, ending their 14-game conference road losing streak. The win also ended the three-game skid that prompted all the consternation after Cal opened 3-0.

“There was never a question of want-to or desire,” Wilcox explained. “What we ask them to do in practice, they try to do to the best of their ability. We just have to play more consistently, and we got some of that done today.”

The one thing Cal had to address was a rash of turnovers in the three, previous games that ultimately cost Brandon McIlwain his position as the starting quarterback. Wilcox went back to Chase Garbers as the starter against OSU, and the sophomore engineered a high octane attack that produced eight plays of 20-yards or more including a 55-yard pass play to Vic Wharton III that set up Cal’s first touchdown of the game.

The Bears also got a 53-yard run from Patrick Laird, who erased a surprisingly slow, first half to his season with a 193-yard rushing performance and three touchdowns. Laird scored on a 29-yard pass play and a 4-yard run in the second quarter as Cal sprinted to a 21-0 halftime lead.

After 15 turnovers in the three, previous games, the Bears only hiccup was a first quarter fumble by Garbers on the 14th play of a drive that brought them to Oregon State’s 2-yard line.

But the Bears defense forced a three-and-out and a short punt put them in prime position in the second quarter, a sequence that ended with Laird’s touchdown reception.

The Cal defense continued to make noise after halftime, finishing with 12 tackles for losses along with seven sacks of OSU quarterbacks Josh Drayden and Traveon Beck.

The Bears improved to 4-3 on the season with five games remaining, all against conference opponents with better records than Cal, starting with No. 15 Washington at Memorial Stadium next Saturday at 3:00 pm PT. 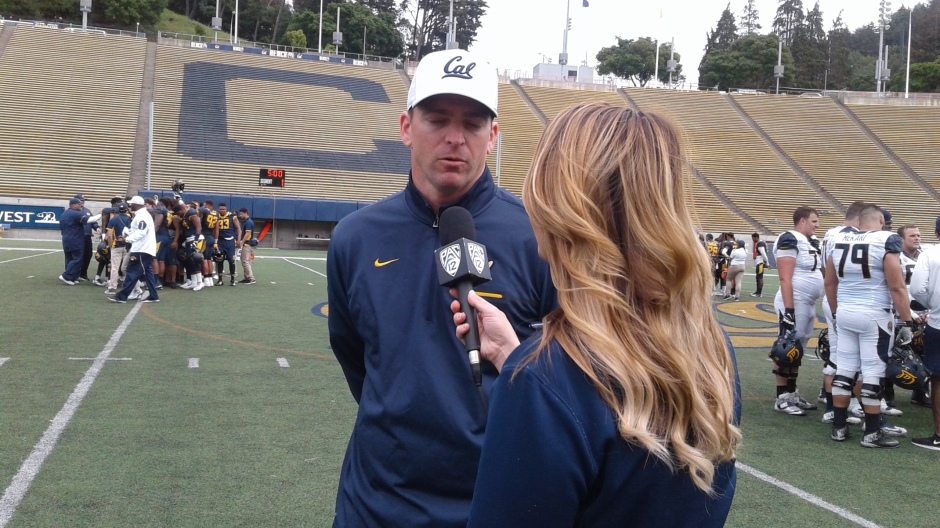 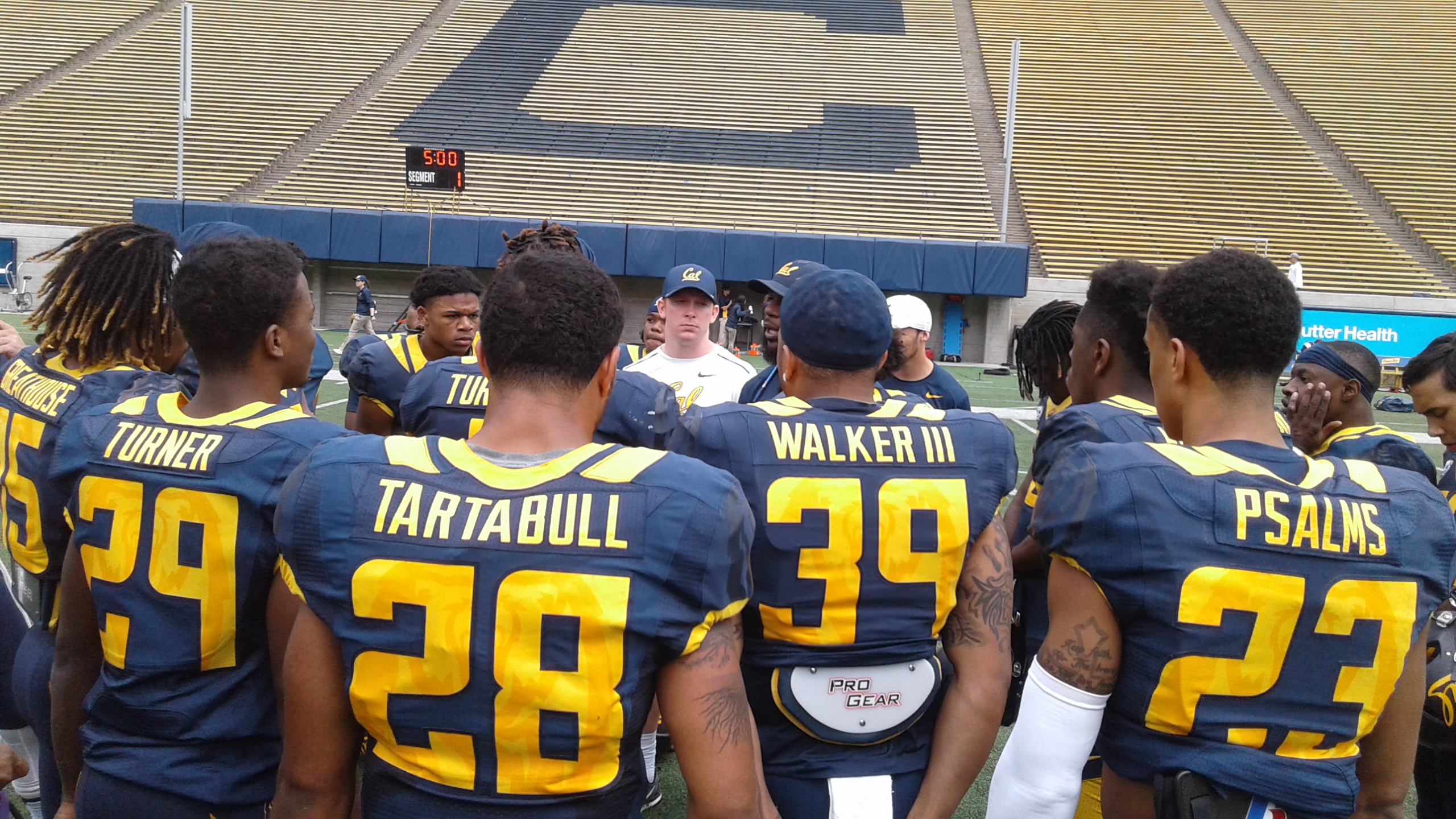 Depends on who you ask. This is, after all, Spring 2017 California Football, sporting as clean a slate as anyone on the Division I football landscape.  And the occasion of the Spring Game on Saturday at Memorial Stadium didn’t make things any less murkier.

New head coach Justin Wilcox, the son of former 49er Dave Wilcox, was hired from Wisconsin, replacing the fired Sonny Dykes in January.  Wilcox’s arrival means defense is back in Berkeley, a necessity after the 2016 Bears surrendered more than 40 points per game.  But can a defense featuring holdovers James Looney, Devante Downs and linebacker Cameron Saffold take a jump to the top half of the Pac-12 statistically?

On Saturday, during the controlled scrimmage with pads and physicality, but without tackling, corner Camryn Bynum led the Bears with six tackles and a pass breakup, and Elijah Hicks had an interception, a pass breakup and three tackles. Bynum and Hicks are part of a deep Cal secondary that also features Marloshawn Franklin Jr. and Darius Allensworth.

Offensively, the Bears are attempting to retool without quarterback Davis Webb and receiver Chad Hansen, with both expected to be chosen in the upcoming NFL Draft. Webb and Hansen combined for 11 touchdown passes in 2016 meaning that those manning their spots this season will have big shoes to fill.  Forrest was Webb’s backup in 2016, but didn’t make any game appearances. In 2015, Forrest backed Jared Goff, and appeared in parts of three games, completing 10 of 17 passes, including one touchdown.

Bowers is a third-year sophomore and has very limited experience, taking a handful of snaps in the 2016 finale against UCLA.  On Saturday, both starter candidates played well with Bowers gaining the edge statistically.  Bowers finished 18 of 30 for 168 yards and four touchdowns, while Forrest was 15 of 30 for 168 yards, one touchdown and two interceptions.

Demetris Robertson and Melquise Stovall lead Cal’s promising group of returning receivers although neither saw action on Saturday.  Robertson is a sprinter on Cal’s track and field team this spring, and Stovall is recovering from a foot injury. The pair combined for 92 catches and 10 touchdowns last fall. In the spring game, sophomore Kanawai Noa took advantage of the pair’s absence, catching eight balls for 112 yards.

The Bears figure to be plenty experienced in one area: coaching. New defensive coordinator Tim DeRuyter joins the Bears after a five-year run as the head coach of Fresno State. Ironically, DeRuyter was replaced by former Cal coach Jeff Tedford at Fresno.  New offensive coordinator Beau Baldwin was the long time head coach of Eastern Washington, where his Eagles engineered some eye-popping results against Pac-12 competition, including last season’s 45-42 win over Washington State.

DeRuyter promises to install a 3-4 look to this season’s defense, although it remains to be seen if the Bears currently have enough talent and depth at linebacker to make it work.  Baldwin should keep the Cal offense in high octane mode, but the look will be different than under Dykes. Baldwin’s offense features fewer spread sets, and the Bears are expected to reintroduce tight ends into their scheme.

The Bears open the season on September 2 at North Carolina, with the home opener a week later against Weber State.