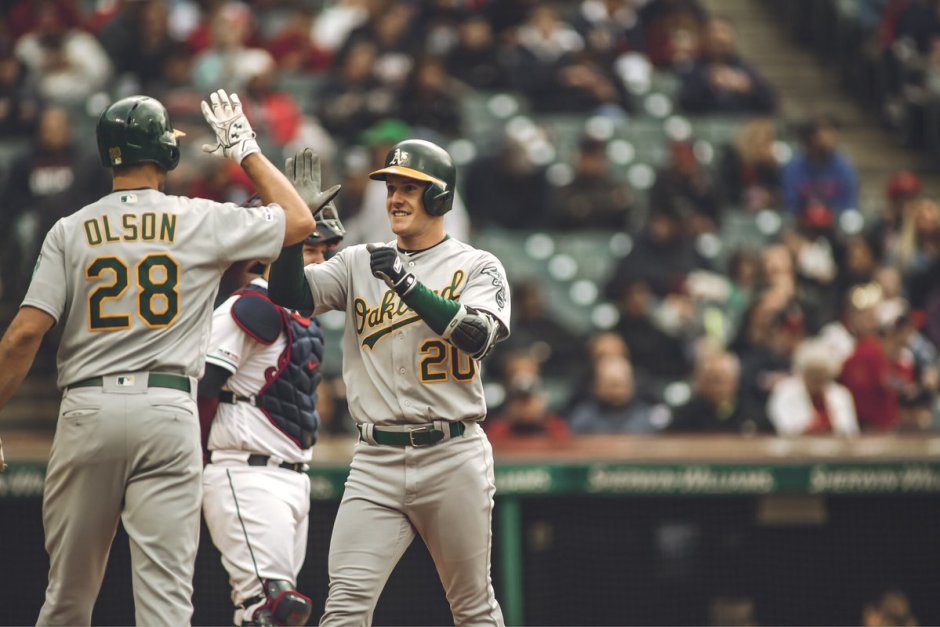 On the A’s podcast with Charlie:

#1 The Oakland A’s picked up their second straight win over the Cleveland Indians and sixth straight win in Cleveland on Tuesday at Progressive Field 5-3.

#2 A’s slugger Khris Davis was placed on the injured list and was replaced on Tuesday by Mark Canha, who hit a two-run homer in the third off Cleveland pitcher Trevor Bauer.

#3 The Davis injury, a sore hip that hasn’t recovered like they thought it would. Davis sat on Saturday and played on Sunday, but suffered with it on Tuesday and had to leave the game. Davis says he’s having a hard time swinging the bat.

#4 Bauer has struggled and Cleveland is waiting for Corey Kluber and Mike Clevinger to return to the rotation. Bauer against Oakland walked four, struck out five, and hit three batters.

Charlie O reviews the A’s on the podcast each Tuesday at http://www.sportsradioservice.com

photo from mercurynews.com: Oakland Athletics reliever Liam Hendriks (16) throws in the ninth inning of their MLB game against the Boston Red Sox at the Coliseum in Oakland, Calif., on Thursday, April 4, 2019.

#1 The Oakland A’s came away on Saturday with their second straight walkoff win over Cleveland in a narrow 2-1 win. In baseball, the critics once said signs of a good club is one that can come back from behind.

#2 The A’s have improved their home record to 14-9 at the Coliseum and have taken the first two games of this current series with Cleveland.

#3 The Oakland A’s Liam Hendricks, who started the ballgame as an opener, succeeded in striking out a batter, surrendering one hit and pitching one inning the opener concept in this one worked out.

#4 The A’s reliever Aaron Brooks came in the second inning and pitched four innings giving up four hits and striking out four and his game plan worked out in setting the Cleveland order down.

#5 The A’s and Cleveland conclude this three-game series at the Coliseum. Jefry Rodriguez (0-2, 2.41 ERA) he’ll counter against newly recalled Daniel Mengden (0-0, 0.00 ERA), who was just recalled from the A’s triple A affiliate Las Vegas.