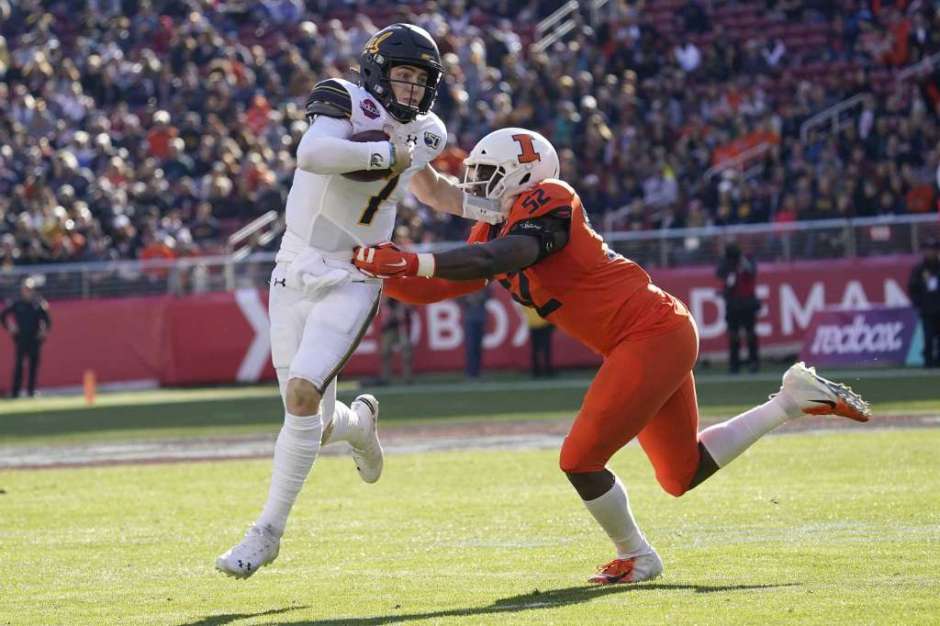 #1 How important, how big was it for Cal to get to the Red Box Bowl and get to stay in the Bay Area and play the game against the Illinois Illini as the Bears defeated the Illini 35-20.

#5 The Sacramento Kings last two loses were narrow in a game against the Minnesota Timberwolves they lost by just one in overtime but coughed up a lead in the 105-104 loss, then on Saturday they dropped another game at home by two 112-110 to the Phoenix Suns. The Kings have lost six straight games.

Join Barbara each Tuesday for Headline Sports at http://www.sportsradioservice.com

SANTA CLARA-With a chance to finish the season with a winning record, the Illinois Fighting Illini could not overcome a fantastic performance by California Golden Bears quarterback Chase Garbers.

The CAL quarterback threw four touchdowns and ran for another, as the Golden Bears defeated the Fighting Illini 35-20 in the Redbox Bowl before a crowd of 34,177 at Levis Stadium, the home of the NFC Western Division Champion San Francisco 49ers.

Garbers was not the only star for the Golden Bears, as Christopher Brown Jr. carried the ball 20 times for 120 yards and Makai Polk hauled in five catches for a season-high 105 yards, helping the Golden Bears to their first win in the post season since the 2015 Armed Forces Bowl.

After missing the season finale against rival Northwestern due to a concussion, Michigan graduate transfer Brandon Peters returned to the starting lineup and passed for 273 yards on the afternoon. Peters also led the team in rushing, as he gained 68 yards on the ground.

Peters went 22-for-37 before leaving the game late in the fourth quarter, as he flew through the air trying extend the Fighting Iliinis chances in the game. Unfortunately, Peters came up a yard short, giving the ball back to the Golden Bears on downs.

Garbers threw touchdowns of 4,3, 2 and 6 and also added a one-yard scamper, helping the Golden Bears to their highest scoring performance of the season.

Despite being sacked three times, Garbers went 22-for-31 for 272 yards, as he was named the Offensive Most Valuable Player.

Nikko Remigio, who came up huge in the Golden Bears Big Game win against the Stanford Cardinal on November 23 caught four passes for 36 yards and a touchdown.

The defensive player of the game was Zeandae Johnson, as he picked up three tackles, a sack, two tackles for a loss, a forced fumble and a pass breakup.

James McCourt got the Fighting Illini on the board, as he kicked a 25-yard field goal to give them a 3-0 lead.

On the Golden Bears ensuing possession, Garbers found Collin Moore for a four-yard touchdown pass to give them their first lead of the afternoon.

The two teams began to exchange punches on the scoreboard, as Peters gave the Fighting Illini the lead once again, as he found Barker from five yards out.

Garbers then gave the Golden Bears the lead for good, as he scored on a one-yard run on their next series.

The duo of Garbers and Brown extended the Golden Bears lead up to 21-10 with 25 seconds remaining in the first half, as Brown caught a four-yard touchdown pass.

McCourt cut the lead down to eight at the half, as he nailed a 30-yard field goal as time expired at the end of the first half.

Gavin Reinwald got into the act, as he caught a two-yard touchdown pass from Garbers for the only scoring of the third quarter.

The Golden Bears put the finish touches on their scoring, as Remigio caught a six-yard touchdown pass from Garbers.

Reggie Corbin closed out the scoring for both teams, as he scored on a six-yard run with just over eight minutes to go in the game.

NOTES: This was the Fighting Illinis second trip to the Redbox Bowl, and their record falls to 1-1 overall. They defeated the UCLA Bruins in the 2011 game held at AT&T Park by the final score of 20-14.

As for the Golden Bears, this was also their second appearance and both times they came away with a victory, as behind Jahvid Bests bowl game record 186 yards rushing and two touchdowns, the Golden Bears defeated the Miami Hurricanes 24-17.

UP NEXT: With the season over, the Fighting Illini will begin the fifth season under Lovie Smith against the Illinois State Redbirds on September 4, 2020 at Memorial Stadium in Champaign.

Justin Wilcox will begin his fourth season in Berkeley on August 29 against the UNLV Rebels at Allegiant Stadium in Las Vegas, the new home of the Rebels and the Las Vegas Raiders. 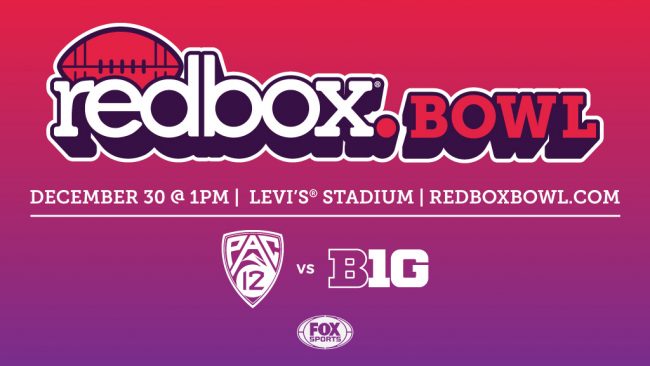 photo from sf49ers.com: Red Box Bowl at Levis Stadium will host the Illinois Illini and the Cal Bears on Mon Dec 30th

On the Red Box Bowl/Cal Bears podcast with Morris:

#2 How good does it get for Cal having the Bowl game set in the Bay Area against the Illinois Illini did Wilcox or any of the players address having to play the game in the Bay Area.

#5 Coach Wilcox says turnovers can’t be the rule of the day as the Illini took advantage using seven turnovers to upset Wisconsin and win at Michigan State in their two marquee wins.

Morris is a Cal Bears beat writer and does the Bears weekly podcasts each Monday at http://www.sportsradioservice.com 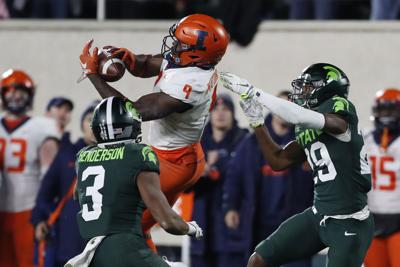 news-gazette.com photo: Josh Imatorbhebhe of the Illinois Illini makes a 83 yard catch against the Michigan State Spartans, Imatorbhebhe and the Illini battle the Cal Bears at Levi Stadium on Mon Dec 30th for the Red Box Bowl

SAN FRANCISCO-With the Redbox Bowl in basically their own backyard, the California Golden Bears will have the home field advantage, but do not tell that to their opponents, the Fighting Illini of Illinois.

Josh Imatorbhebhe was on the receiving end of an 83-yard touchdown pass from Brandon Peters to cut the Spartans lead down to 31-17.

Reggie Corbin then cut the lead down in half, as he scored on a six-yard run just three minutes after the Peters to Imatorbhebhe touchdown pass.

The Fighting Illini defense got in on the act, as they tied up the game, when Sydney Brown returned an interception 76 yards to get them within one.

After Michigan State kicked a field goal to increase their lead up to four points, Peters and the Fighting Illini got the ball back for one final drive.

The Fighting Illini then converted a fourth-and-17, then got another first down when the Spartans were called for pass interference in the end zone on another fourth down possession.

Peters then gave them the lead for the first time on the afternoon, as he found Daniel Barker for a five-yard touchdown pass with five seconds remaining in the game to give the Fighting Illini their sixth win of the season and bowl eligible for the first time since the 2014 season.

This was the biggest comeback in school history, and the 27 points scored by them in the fourth quarter were the most by an opponent in the 96-year, 544-game history of Spartan Stadium.

In all, the Fighting Illini went 3-2 away from Memorial Stadium.

Lovie Smith, who is in his fourth year in Champaign as head coach leads the team to their first bowl game since the 2014 Zaxbys Heart of Dallas Bowl, where they lost to the Louisiana Tech Bulldogs 35-18.

As for coming to bowl games in Northern California, this is not the Fighting Illinis first trip to the Bay Area.

Overall, this is the eighth trip to California in a bowl game for the Fighting Illini, as they are 3-2 in the Rose Bowl, 0-1 in the Holiday Bowl and 1-0 in what was then known as the Kraft Hunger Bowl, now known as the Redbox Bowl.

A graduate transfer from Big 10 rival Michigan, Peters started 10 games for the Fighting Illini and led them in passing, as he went 130-for-238 with 1,611 yards passing with 17 touchdowns and seven interceptions.

Corbin was the leading ground gainer, as he carried the ball 129 times for 691 yards and six touchdowns.

Imatorbhebhe led the team in receptions with 33, yards with 634 and nine touchdowns. 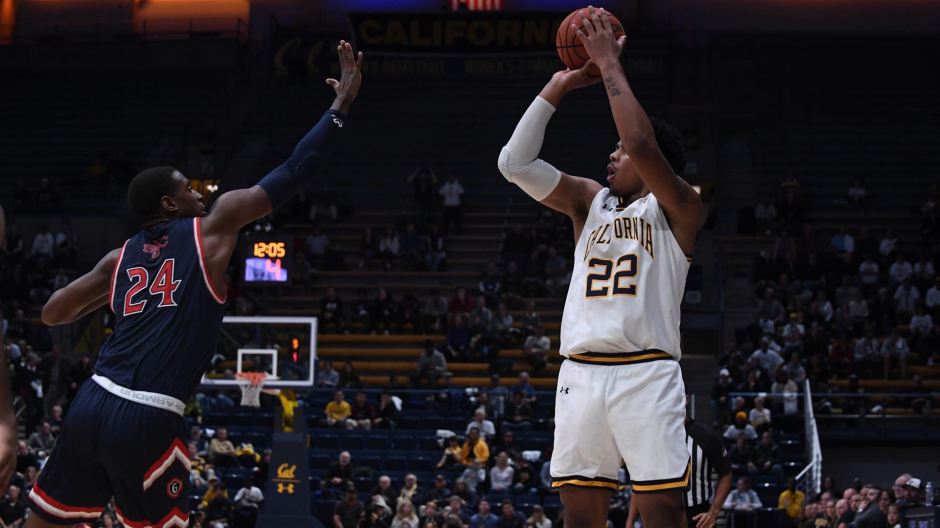 #1 On Saturday night at Haas Pavilion, the Cal Bears put on a exhibition of resilience when they attempted to come back and rally on the visiting St. Mary’s Gaels.

#2 Like you said in your article, the Gaels brought aggressiveness, experience and nerve to the table in their 11-point win over Cal Saturday.

#3 It was the first loss at home for this season for Cal. They have won five of six games at home and are 6-5 and winning at home against a complete St. Marys team was going to be a task.

#4 The Gaels are in the top 25 in the nation at 10-2. Needless to say, Mark Fox–head coach of Cal–called St. Marys a very good offensive school.

#5 Next up for Cal? The Golden Bears will be at the Chase Center in San Francisco this Saturday, Dec. 21st when Cal tips off against Boston College for a 2:30 pm matchup.

#6 Football: Cal kicks off against the Illinois Illini Monday, Dec. 30th at Levi’s Stadium for the Red Box Bowl. Talk about Cal quarterback Chase Garbers throwing against that Illini defense.

Join Morris every Monday for the Cal Bears podcasts at http://www.sportsradioservice.com 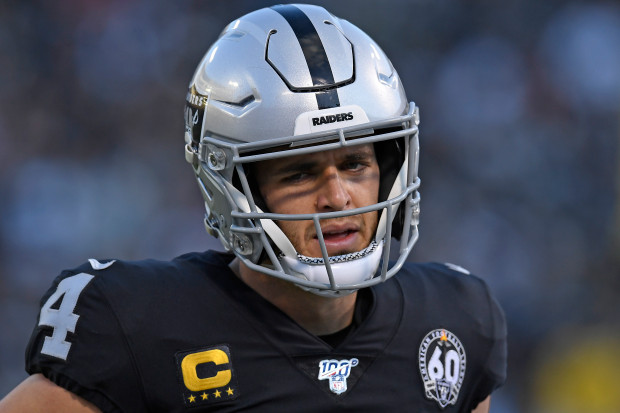 On Headline Sports podcast with Barbara:

#1 The Oakland Raiders quarterback Derek Carr must be seeing double after running all day and avoiding getting sacked by the Tennessee Titans pass rush.

#2 The Raiders just couldn’t get anything going, and as a result, suffered their third straight loss 42-21.

#3 The San Francisco 49ers added more to their exciting season with a last minute drive that got them good field position for a Robbie Gould field goal for the 48-46 win.

#4 How important is it for Cal to stay in the Bay Area for their next game the RedBox Bowl at Levi’s Stadium against the Illinois Illini on Monday, Dec. 30th?

#5 The St. Mary’s Gales had an eight-game winning streak going into Sunday’s game, but it was too much. #19 Dayton sunk the Gales chances with a ten-point win 78-68.

Join Barbara for Headline Sports podcasts each Tuesday at http://www.sportsradioservice.com

#2 The Bears won their last game to the UCLA Bruins 28-18. Cal quarterback Chase Garbers 17-29 for 230 yards, one touchdown, and one interception with Cal coming away with a road victory coming into the RedBox Bowl. That’s a positive carryover.

#4 The Bears’ top scorers were Matt Bradley (14 pts), Kareem South (9), and Grant Antecevich (9), while the Bears lost by 19 the top scorers tried to help Cal catch up.

#5 The Bears men’s host Fresno State and face the Bulldogs (2-6), a game that the Bears have a chance to win.

Join Morris each Monday for the Cal Bears football and basketball podcasts at http://www.sportsradioservice.com