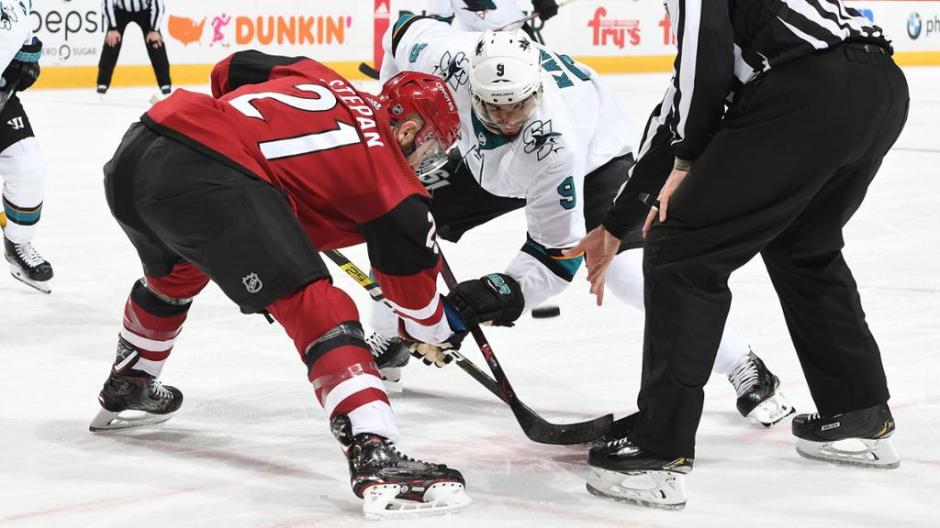 nhl.com photo: The Arizona Coyotes Derek Stepan (21) and the San Jose Sharks Evander Kane (9) get ready for the puck to drop in Glendale on Tuesday night

#1 The San Jose Sharks and the Arizona Coyotes were all knotted up in a 3-3 duel that was all the Yotes needed to come back and score three goals in the third period for a three goal win 6-3 on home ice in Glendale.

#3 The Sharks knew going into this one in Glendale the Coyotes would be a tough customer and after this game was tied up the Sharks were counting on their defense but the Coyotes used their game plan to stay in the Sharks zone camp out there and score three late goals to help them win it.

#4 For the Sharks goaltender Aaron Dell 38 saves, four goals let in and a rough night in front of the net for Dell

Sharks podcasts are heard every Wednesday with Len Shapiro at http://www.sportsradioservice.com