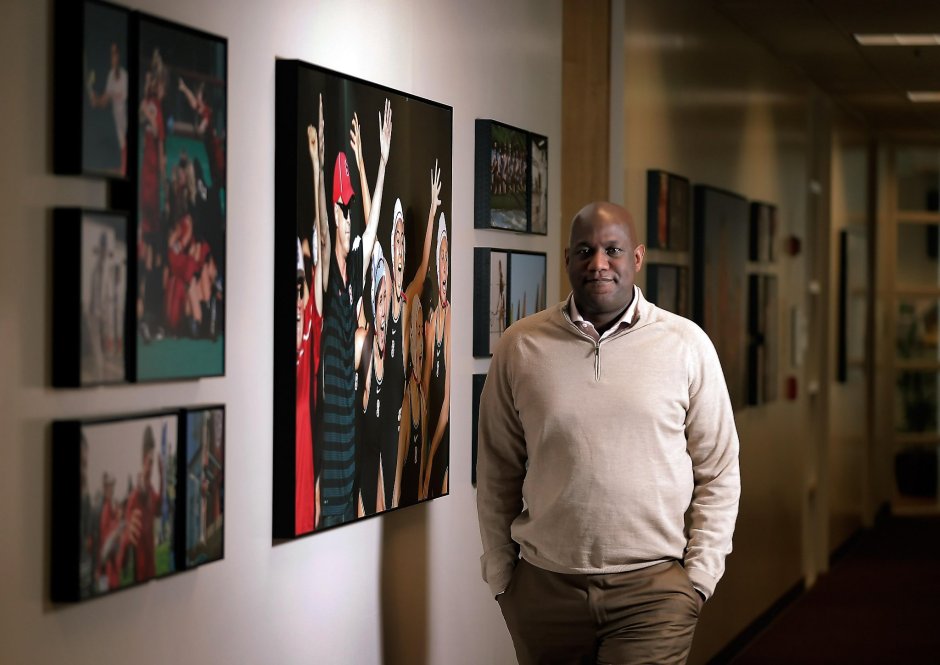 On Headline Podcast with Morris:

#1 The Pac 12 took the Big 10’s lead and have scheduled only conference games only.  The decision is not only for the football program but it extends to other college sports as well.

#2 Cal reported that 47 new cases of Cornoavirus has spread these cases were confirmed just last week  when the Cal Greek Club met and reported that they were infected. Which confirms that classes won’t be held on campus this fall.

#3 At the beginning of the crisis back in March there were 23 reported cases of Covid-19 on  the Cal campus but since the re-opening at the end of last May these 47 new cases and the spiking of the epidemic have the Cal campus scrambling not to have classes at the campus.

#4 Last week Stanford canceled 11 athletic programs and as SEC Commissioner Greg Sankey stated he highly doubts their will be a football season in the SEC and that extends to the Pac 12.

#5 Not only is Stanford cutting sports programs they reported that their starting to have budget problems. Stanford Athletic Director Bernard Muir shared his concerns stating that even before the pandemic Stanford was looking at a $12 million projected deficit for 2021.

Morris Phillips does Headline Sports each Monday at http://www.sportsradioservice.com 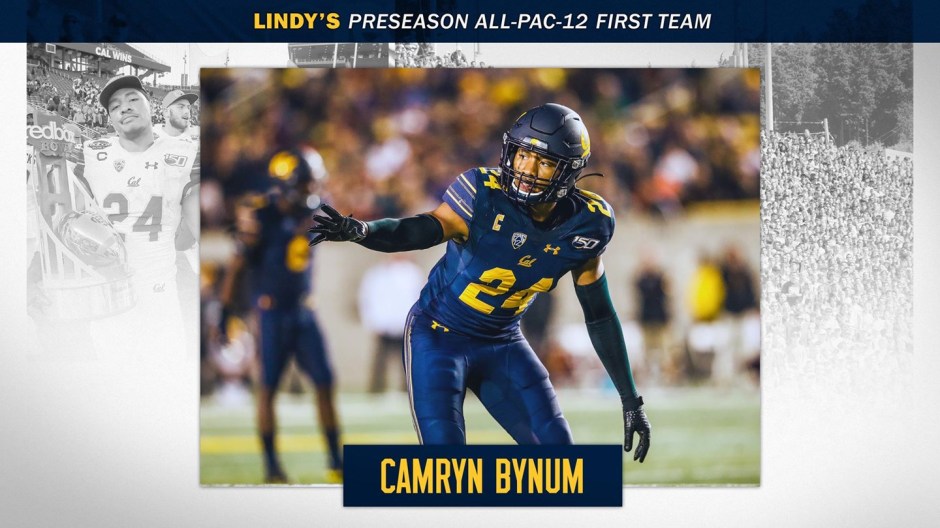 calbears.com file photo: Bears cornerback Camryn Bynum has a great track record not missing the last 38 games over the last three seasons and is first pick on Lindy’s 2020 pre season All Pac 12

#3 Bynum got on the All Pac 12 honors in 2019 as a junior he was one of seven out of 12 players to start every game including one of five on the defensive side of the ball.

#5 Morris tell us about how the safety rules will work as the Bears open their season just next month on Sat Aug 29th at UNLV at Allegiant Stadium in Vegas.

Join Morris for Headlines podcasts each Monday at http://www.sportsradioservice.com 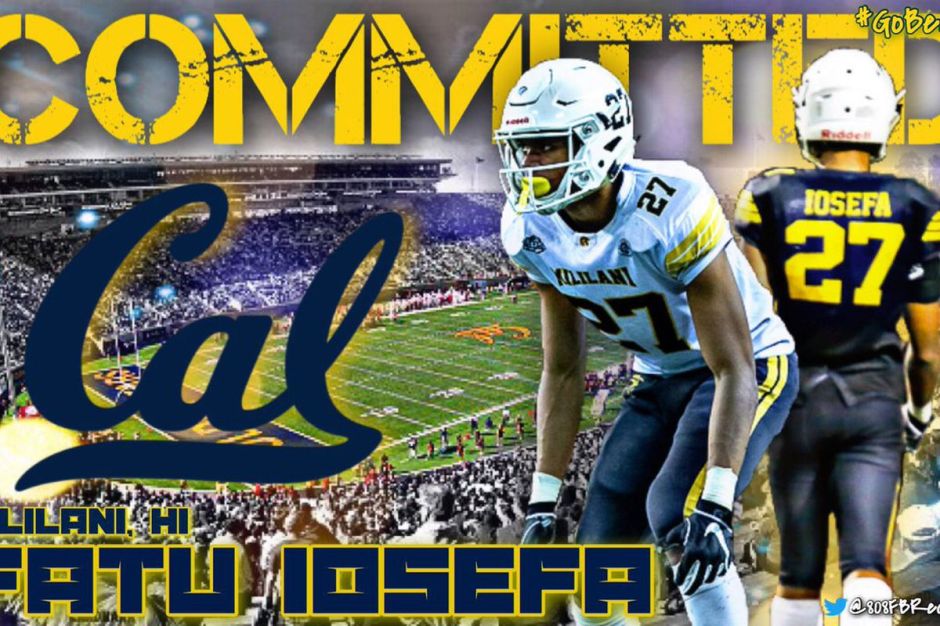 #1 NCAA Football Division 2’s Moorehouse College in Atlanta announced that they have canceled their program this season due to the Coronavirus pandemic. Moorehouse is one the best known black colleges in the NCAA.

#2 Also it was reported that the official US Covid count was really ten times higher than the reported two million plus cases causing fears and forcing games scheduled with Memphis against Tennessee State and Jackson State to be canceled due to the pandemic.

#3 The Covid crisis is also impacting Under Armour who had to cancel their $250 million 15 year deal with UCLA also their ten year $86 million deal with Cal, as revenue has dried up due to high umemployment and less people spending money.

#4 The Cal Bears who were No.3 in recruiting in the Pac 12 has slipped out of the top three as Washington and UCLA have moved past Cal.  Oregon and USC have moved into No.1 and 2. Cal who had recruited Fatuvalu Iosefa but he was not enough to keep them in the top 3 recruiting list.

#5 Coronavirus has played a role in recruiting. Cal is looking to pick up some players to come west but their are many players who are hesitating right now. So far Cal has offered out 101 scholarships.

Join Morris Phillips for Headline Sports each Monday at http://www.sportsradioservice.com

#1 Cal athletes have been given the go ahead to start working outdoors, still the issue of safety will be a question as Coronvirus has spiked in places like Florida. The Bears workout will be voluntary.

#2 Some of the ground rules set up to start workouts as all workouts will be outdoors that include running and conditioning. These workouts are required to be under supervision of the Cal athletic staff and the players workout in small groups.

#3 The Cal football program will be the first of the athletics program to start at outdoor workouts the plan is in motion as other athletic programs will come back throughout the summer.

#4 In baseball MLB Commissioner Rob Manfred has rejected MLB Players Association representative Tony Clark’s proposal to come back playing 70 games instead of the 60 game offering by Manfred. Manfred said the season must end by September 30th because of the second wave of Coronavirus that Dr. Anthony Fauci said that is coming. The players reject the 60 game schedule because they will not get as much from prorated pay as opposed to the 70 games.

#5 Dr. Fauci further noted that it might not be possible for an NFL season because of a second wave. Some of the country has re-opened but has spiked and in Florida with some 3,000 new cases everyday.

Join Morris each Monday for Headline Sports at http://www.sportsradioservice.com 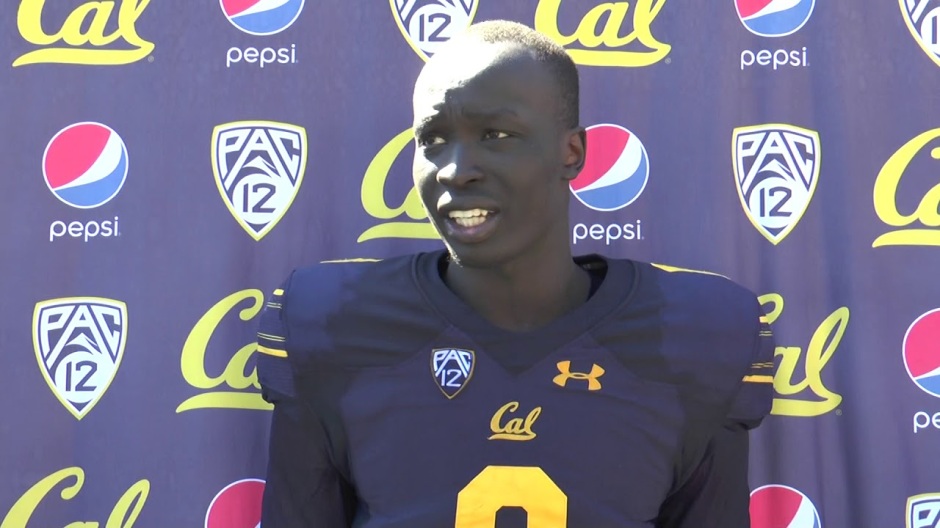 On Headline Sports podcast with Morris:

#2 Morris last week Cal Bears analyst Lee Grosscup passed away at age 86, Lee served as analyst on the Cal broadcasts with play by play announcer Joe Starkey for 34 years since 1986 to 2019 and “The Cupper” prior to working Cal games did color for the defunct USFL Oakland Invaders with Starkey between 1983 to 1985. What did Lee mean to Cal broadcasts.

#3 After receiving huge criticism from fans and people inside baseball alike Oakland A’s owner John Fisher said on Friday that he made a mistake and will pay his minor league players the $400 a week salary for the rest of the of the minor league season which ends August 31st. According to labor laws minor league players pay is abhorrent and they would not have been eligible for unemployment. Did Fisher make the decision out surmounting  to public pressure or did he do it because it was the right thing to do? 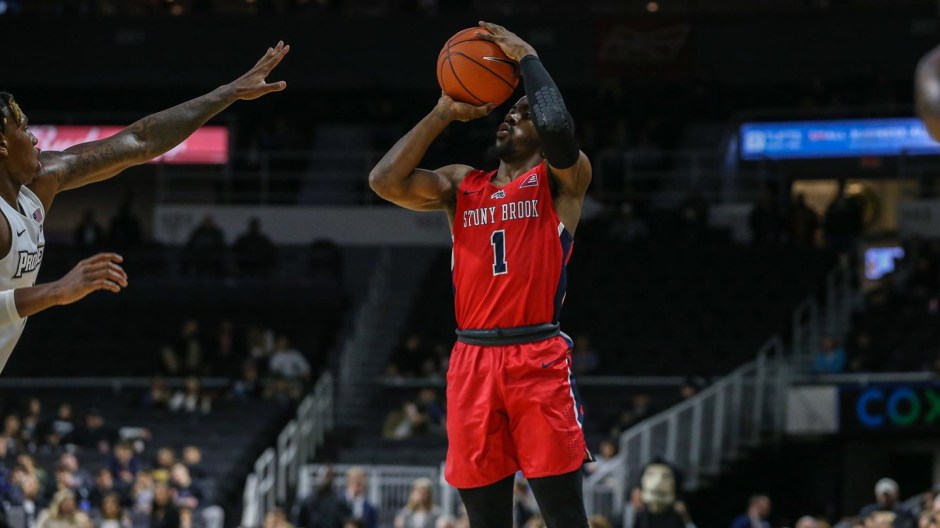 The Cal Bears have added Makale Foreman at guard for the 2020-21 season. Foreman was formerly with Stony Brook College (photo from calbears.com)

On Headlines podcast with Morris:

#1 Cal Bears basketball head coach Mark Fox announced the team has acquired 6-1 guard Makale Foreman from Stony Brook who transferred to Cal. Foreman was with Chattanooga before joining Stony Brook but missed the 2018-19 season due to NCAA transfer rules.

#2 How much does Foreman mean to the defense for Cal basketball and how do you see Fox fitting him into Cal’s defense?

#4 Fox said he has a lot of faith in Foreman that he can play defense on both guard spots and has a great three point shot.

#5 For coach Fox a lot goes into researching who is going to be a good guard and trying to bone up on defense in the off season like this.

Join Morris for Headline Sports each Monday at http://www.sportsradioservice.com 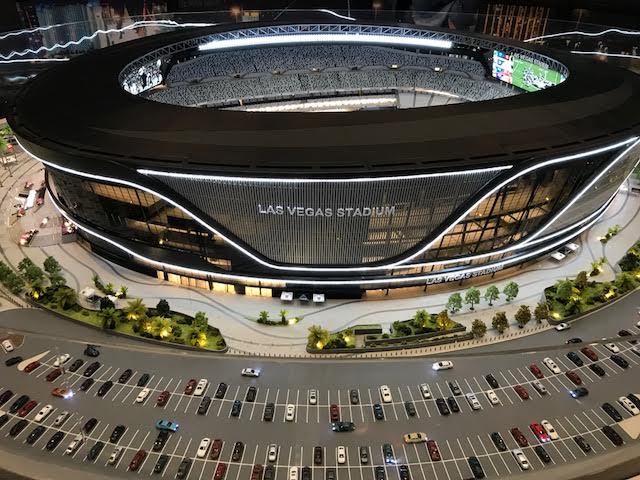 Allegiant Stadium on the Las Vegas Strip where the Cal Bears will open up the 2020 season on August 29th against the UNLV Rebels (quarantine not withstanding) athlonsports.com photo

#1 At the Cal campus there is news that the NCAA Division I council voted to return on June 1st through June 30th on a voluntary basis signaling that the football season will be on a fast track to start when school opens.

#2 The Bears 2020 season is scheduled to start on Saturday August 29th when Cal plays the UNLV Rebels at Allegiant Stadium in Vegas. By that time it’s the hope there is a vaccine and you can come to the stadium and not worry about social distancing. Worst case social distancing and the game will be played with no fans.

#3 The UNLV Rebels who have a good program in their own right have a new head coach Marcus Arroyo who took over for former head coach Tony Sanchez. Arroyo is from Oregon and was an assistant offensive coordinator for the last three seasons.

#4 The San Francisco Giants broke ground near McCovey Cove on their 27 acre parking lot  the team is constructing ten buildings for apartments, retail, a parking garage and a five acre park which is expected to be finished in seven to eight years.

#5 This week a group opposed to the building of an Oakland A’s Howard Terminal Stadium filed a lawsuit last Monday in Alameda Superior Court from the shipping, trucking and steel companies who work at the Port of Oakland. The lawsuit plans to slow down or stop a legislature that was signed by former California Gov Jerry Brown AB 734 a law that would fast track the construction of a new arena or stadium in California. The lawsuit is trying slow down the path of construction for the A’s. The opposing group says that Gov Gavin Newsom has no authority to certify the construction of the A’s park under AB 734.

Morris Phillips does Headline Sports each Monday at http://www.sportsradioservice.com 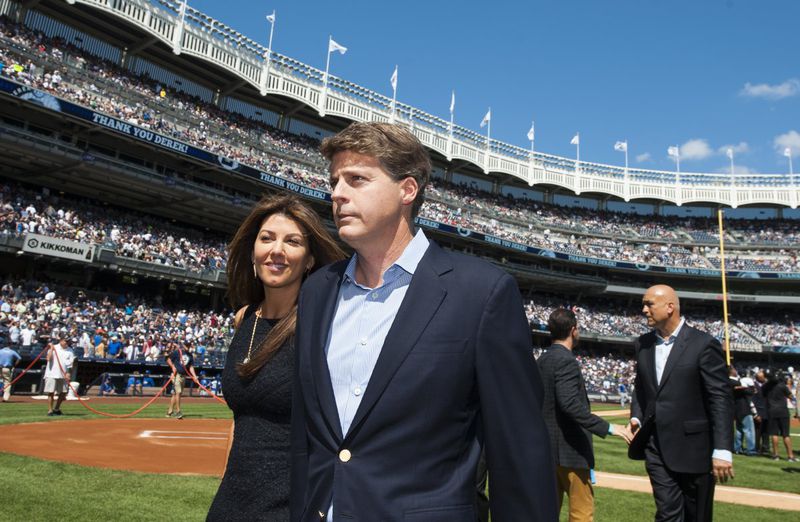 #1 MLB is holding a conference call today regarding opening the regular season on July 1st. The discussion will include where they’ll play, the schedule will be done, social distancing and mandatory mask wearing.

#2 MLBPA executive and St Louis Cardinals pitcher Andrew Miller said that there will be no agreement until MLB can guarantee the safety for it’s players, coaches, umpires and family.

#3 Morris until there is some guarantee for the safety of the players and MLB personnel which also includes the news media covering the events there might not be a baseball season.

#5 Baseball is proposing playing in regional home parks of the NL East and AL East and AL West and NL West for 80 games with no fans.

Join Morris each Monday for Headline Sports at http://www.sportsradioservice.com 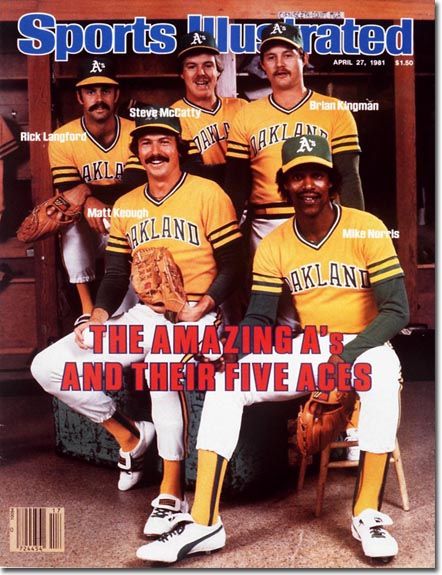 On Headlines pod with Morris:

#1 Former Oakland A’s pitcher Matt Keough who passed away on Saturday was remembered for his days with those Billy Martin teams in the early 80s after going a career worst  2-17 in 1979 Keough came right back with a 16-13 the next season.

#2 Keough was part of a solid pitching rotation for the A’s which consisted of Mike Norris, Brian Kingman, Steve McCatty, and Rick Langford.

#3 Keough pitching on that 1981 Oakland A’s team that went to the playoffs during the strike shortened season going 10-6. The A’s did lose to the Yankees in post season.

#4 Billy Martin led that colorful team and Billy’s antics were just as colorful with the Billy Ball brand of baseball of speed and stealing bases and pitchers almost throwing the distance and going to the bullpen if he had to.

#5 Keough also was a team executive for the A’s who gave advice to pitchers on the team and team vice president Billy Beane said that Keough left an unforgettable impression on everyone he touched in baseball.

Join Morris each Monday for Headline Sports podcasts at http://www.sportsradioservice.com 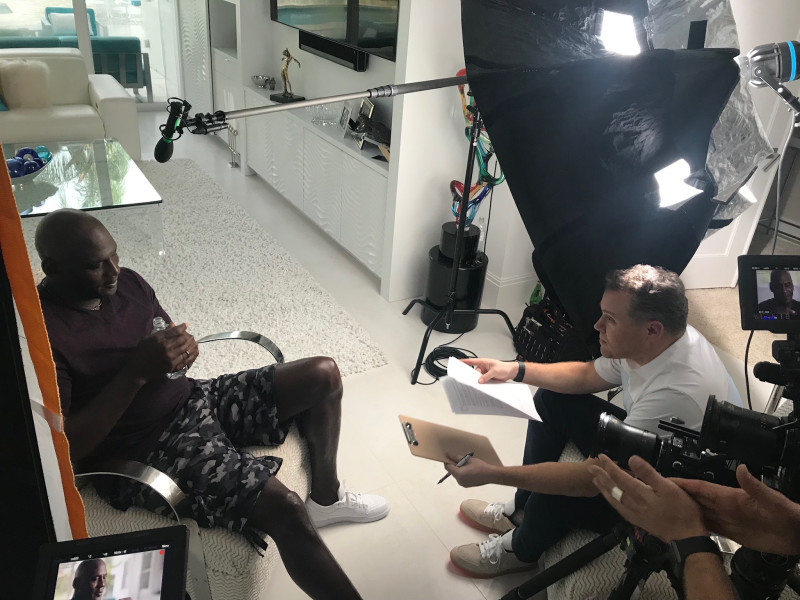 #1 In the Michael Jordan documentary “Last Dance” which is getting stratospheric viewership the subject of Jordan’s former teammate Dennis Rodman came up and that Rodman sought the celebrity lime light but it came at a cost a complicated figure and who was one of the NBA’s best rebounder’s in the league.

#3 Morris 55 million viewers tuned into the NFL draft was this a matter of people really interested to see who will get drafted into the NFL or was it fans just hungry for sports content no matter what it is?

#4 Former Boston Red Sox David Ortiz said of the Red Sox losing a draft pick after MLB penalized the team for sign stealing saying on a Fox Sports digital cast that “What happened in Boston is what everybody is doing in the league right now, and I think the punishment was not fair.”

#5 Usually a good attitude helps when your sick or your trying to recover and that’s no exception in the case of former Los Angeles Dodger radio broadcast legend Vin Scully who took a fall at his house and was hospitalized last week Tuesday and even joked about the injury saying no more head first slides returned home and is reportedly resting comfortably.

Catch Morris for Headline Sports each Monday at http://www.sportsradioservice.com