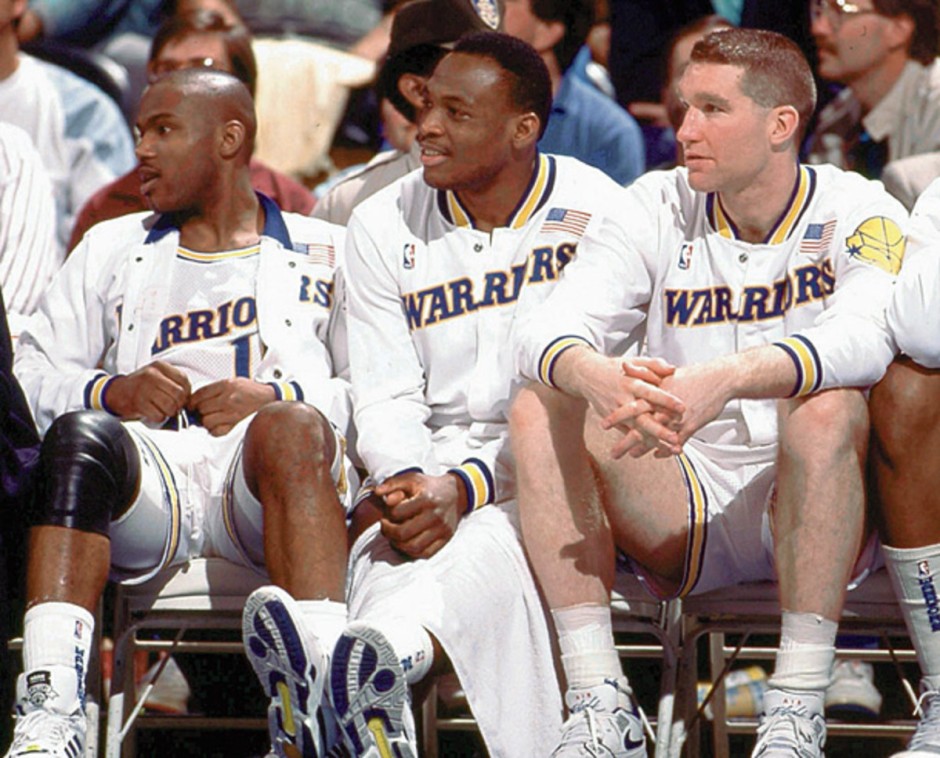 Run TMC consisting of Tim Hardaway, Mitch Richmond, and Chris Mullin (from left to right) all three players had their jerseys retired by the Golden State Warriors (photo from Sports Illustrated files)

Even when they were not making the playoffs, the Run TMC years for the Golden State Warriors were very entertaining and always enjoyed great support from Bay Area fans at the Oakland Arena.

They usually sold out for every game. With point guard Tim Hardaway, guard Mitch Richmond and Hall of Famer Chris Mullin as forward, a dynamic trio, who adopted that name from the rap group TMC for their “run and gun” style. They had great chemistry with an up-tempo offense that fans loved, it was fun. Those were loyal fans that never saw a title, but supported the team 100X100.

It was the San Francisco Examiner who sponsored a “Name the Warriors Trio” contest, after the trio of talented players showed so much agility and coordination, that became what most of the Warriors fans were talking about at that time. The newspaper took the best suggestions to the players, who then selected “Run TMC” from the hip hop group Run DMC .

The high scoring trio was first broken-up in 1991 when Richmond was traded to Sacramento, a trade which Coach Don Nelson said that he would never make again. After their success with the Warriors all three had their jerseys retired; Chris Mullins with the Warriors, Tim Hardaway with Miami and Mitch Richmond with Sacramento, as he would be the only of the three to win an NBA championship, with the Los Angeles Lakers in 2002.

Tim Hardaway over a decade career, (his first 6 years with the Warriors) is arguably deserving of the Hall of Fame. His son Tim Hardaway Jr. is also a point guard, now a veteran playing with the Dallas Mavericks

Mitch Richmond won the NBA Rookie of the Year Award with the Golden State Warriors in 1989, one of four (4) Warriors to take home the award. The others were Rick Barry (1966), Jamal Wilkes (1975) and Chris Webber (1994) last Warrior to win the award.

Chris Mullin 16-years NBA Hall of Fame career, has coached at his Alma Matter St John’s University, worked as executive and General Manager for the Warriors, executive advisor for the Sacramento Kings, basketball analyst at ESPN and is a Bay Area resident.

Since the Run TMC years, especially since 2015, the Warriors have become one of elite and most successful franchises in the NBA, but those memories of the lean years and the excitement that this trio of players brought to the Oakland Area and to Warrior fan will always be engraved in their memory.

Amaury was the Spanish radio play by play announcer for all the games of the Golden State Warriors in the 1990’s. He was inducted to the Bay Area Radio Hall of Fame in 2010. 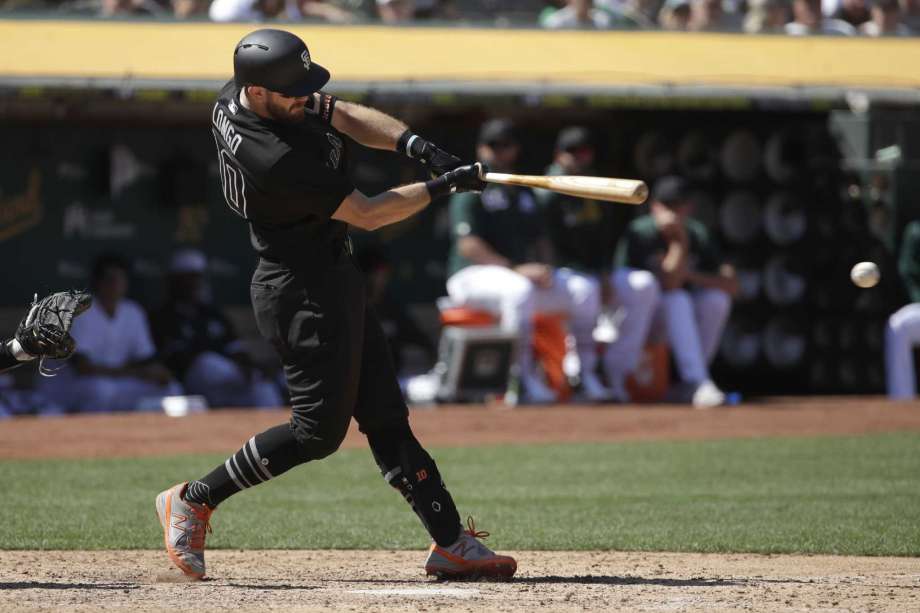 OAKLAND-After the game Evan Longoria wore a vintage Chris Mullin Golden State Warriors jersey from the 1980s, and it was a vintage day for the third baseman.

Longoria hit a two-run single in the top of the seventh, as the San Francisco Giants defeated the Oakland As 5-4 before a crowd of 47,321 at the Coliseum.

It was a huge day for Longoria, who tied up the game in the top of the third inning, as he hit his 17th home run of the season and it was also the 1,000th RBI of his career.

Since returning from the injured list on August 4 with plantar fasciitis in his left foot, Longoria is 23-for-68 (.338) with two doubles, four home runs and 17 RBIs in 17 games.

With the victory, the Giants swept the two-game series, giving them the Bay Bridge Trophy, as they won the season series three games to one.

This was the 4,000th career game for Bruce Bochy, who became the just eighth manager in major league history to join this exclusive club. All seven managers in front of Bochy are all in the Hall of Fame.

Donovan Solano went four-for-four on the afternoon, as he also reached base on a walk. It was the second four hit game of the season, as he also did it on July 17 against the Colorado Rockies at Coors Field.

The Giants final rally of the game began when Brandon Crawford reached on a Matt Olson fielding error to lead off the top of the seventh inning, Solano then reached for the fourth time in the game, as he walked on a 3-2 pitch. Mike Yastrzemski was then hit on the left hand to load the bases.

After an epic 11 pitch at-bat that Buster Posey strike out for the first out of the inning, Longoria singled thru the hole between second base and shortstop to score Crawford and Solano.

Unfortunately, the Giants ran themselves out of the inning, as Yastrzemski was caught stealing at third base.

Former As catcher Stephen Vogt, who hit a big three-run home run in Saturdays 10-5 victory gave the Giants a 1-0 lead, as he hit a sacrifice fly that scored Kevin Pillar from third base. Pillar led off the inning with a double high off the wall in left-center field.

After Brett Anderson was able to retire Austin Slater on a groundout to first base, and Pillar went to third. Vogt then hit a sacrifice fly to Mark Canha that scored Pillar from third base.

Brandon Belt then walked, then Crawford and then Solano made it 2-0, as he singled to score Belt.

Unfortunately for the Giants, that lead would not last long, as Canha took the first pitch he saw from Logan Webb over the fence for his 21st home run of the season.

Jurickson Profar then followed that up with a double, and then scored, as Corben Joseph made it three straight hits with a double of his own to tie up the game. Chad Pinder then gave the As the lead, as he was the fourth consecutive As batter to get a hit, when he singled to score Joseph.

Canha made it two home runs in as many at-bats, as he launched a solo home run over the left-center wall to give the As the lead for good.

It was a troublesome second career start for Webb, who grew up in Rocklin, as he went 4.2 innings, allowing four runs on six hits, two walks and two strikeouts.

Anderson went six innings, allowing three runs on six hits, walking three and striking out two; however, he did not fare in the decision.

It looked like the Giants won the game on a great defensive play from Pillar to Solano, when Josh Phegley was tagged out at second base; however, the call was overturned and then Will Smith was able to get Marcus Semien to ground out to Crawford to end the game.

Smith picked up his 30th save of the season, as he faced the final four batters of the game.

NOTES: Posey struck out for the second time in his career, as the first came earlier this season, when it occurred on against the New York Mets on July 18 at Oracle Park in a game that the Giants won 3-2 in 16 innings.

This was the first time that the Giants won back-to-back games at the Coliseum since September 26 and 27, 2015.

It was the also first series sweep by the Giants over the As since they swept them in three straight from July 24-26, 2015 at what was then called AT&T Park.

UP NEXT: Tyler Beede opens up the six-game home stand on Monday night, as he faces the Arizona Diamondbacks at Oracle Park, while the Diamondbacks will send Alex Young to the mound. 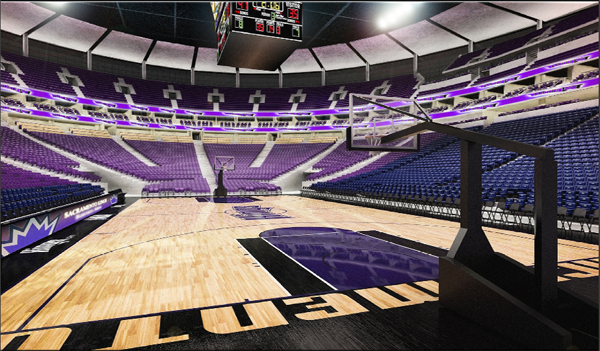 SACRAMENTO–Non Union construction workers aren’t buying that they’ll get a fair shot at working on the new Kings arena. Sacramento Mayor Kevin Johnson last Thursday addressed the media, fans, politicians, community groups, and contractors that union contractors will be getting top bidding for working on the Kings new arena. That’s when the fireworks began when Kevin Dayton a Roseville political consultant took the microphone from the podium where Johnson had been speaking and said that there will be a fight that non union workers should have a shot at working on the new arena.

The project estimated at $448 million had Dayton and Eric Christen who heads a San Diego coalition for Fair employment in construction who is in favor of non-union contractors and who has worked with Dayton said there is enough work for both union and non-union workers on the project that keeping non-union contractors out is discrimination. Johnson during his speech is leaning towards using union contractors something that Christen said was not fair to non union workers “our guys are furious about this, opponents of taxpayer funding for this arena just found an aggressive new ally today.” said Christen

The Mayor introduced the “community workforce and training agreement” which was signed by lead contractor Turner Construction and the Sacramento-Sierra Building and Construction trades council. The part that boiled the non-union contractors in the agreement was that there will be a no strike clause and that an estimated 3,500 jobs were promised to be union. Also union or non-union contractors would receive union scale and benefits. The agreement also spells out that 60-70 percent of the workers must be from the Sacramento area.

Kings president Chris Granger assured the crowd that the new arena will be up and ready by 2016 one year before the proposed 2017 target date. Granger was excited that the building would be ready one year earlier this “will provide us with great comfort and certainty” said Granger.

Chris Mullin signed as team advisor: Basketball Hall of Famer Chris Mullin said he was excited about being part of putting a winning team together again as the Kings owner Vivek Ranadive will make Muillin his principal advisor. Trusting the NBA veteran and his managerial experience also a huge amount of his playing experience and success Ranadive has the full confidence that Mullin can spot top notch talent that would help the Kings move to being one of the top tier teams in the NBA, “I’m especially grateful for the unique opportunity to work in close proximity, with a world class ownership group led by Vivek Ranadive and the talented group of individuals assembled in our front office.” said Mullin.

Mullin brings a lot of qualifications to the job, a five time NBA All-Star in 16 seasons with the Warriors and Pacers, during his career he averaged 18.2 points, 4.1 rebounds, and 3.5 assists in 986 games. Mullin is a gold medal winner, winning two in each of the 1984 and 1992 Olympics, in 1985 Mullin won the John Wooden Award for most outstanding college player. It was during that time when he and Patrick Ewing were the two top prospects out of the college ranks. Mullin was selected out of St.John’s as a seventh pick by Golden State and Ewing was selected by the New York Knicks.

Ken Gimblin is covering the Kings for Sportstalk Radio