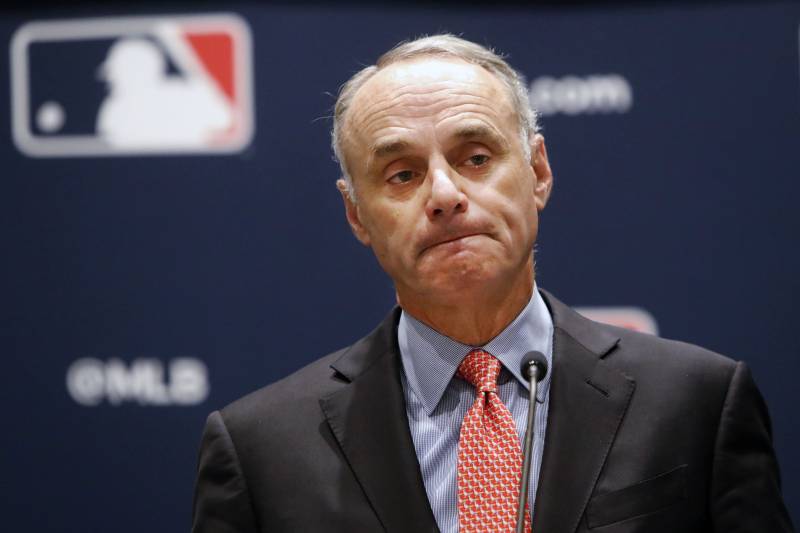 photo from bleacherreport.com: MLB Commissioner Rob Manfred will not punish any of the current players on the Houston Astros and is investigating if the 2019 Boston Red Sox stole signs under former Red Sox manager Alex Cora

On Headlines podcast with Barbara:

#1 Barbara big league players are upset that MLB Commissioner Rob Manfred did not discipline any of the Houston Astros players for the sign stealing scandal how much of a consequence will this be for MLB?

#3 The game started at 6:00PM for an outdoor hockey game between the Los Angeles Kings and Colorado Avalanche in Colorado Springs at the Air Force Academy’s Air Force Base fans said they missed a large portion of the game due to bad traffic conditions. Some fans left at 3:30 to get to Colorado Springs and didn’t get in until after the first period ended

#4 The Stanford Cardinal are on a four game losing streak their latest loss came against Arizona a home loss 69-60 the Wildcats are noted for their physical size and offense.

Barbara Mason is a sportswriter for areagrande.com and does Headlines podcasts each Tuesday at http://www.sportsradioservice.com 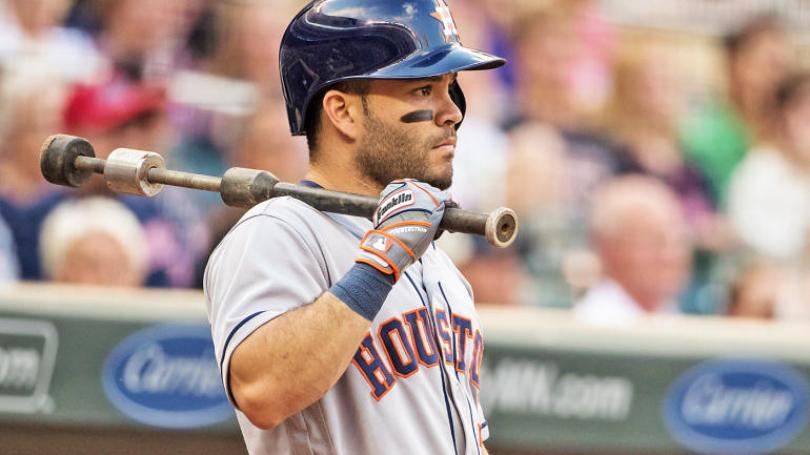 wkyt.com photo: The Houston Astros Jose Altuve waits his turn at bat could be called as a witness to whether he was wearing a wire or electronic device that help him indicate which pitch was coming next during the 2017 season.

Amaury does the News and Commentary podcast each Tuesday at http://www.sportsradioservice.com

#3 In the congressional inquiry congressmen will be expected to turn this scandal upside down while they get to the bottom of what exactly happened?

#5 Oakland A’s pitcher Mike Fiers said he had just about enough when he reported that signs were being stolen with high technology when he played with the Astros and guilt more than anything played a role into his coming forward.

Amaury Pi Gonzalez is the vice president of the Major League Baseball Hispanic Heritage Museum and does News and Commentary each week at http://www.sportsradioservice.com 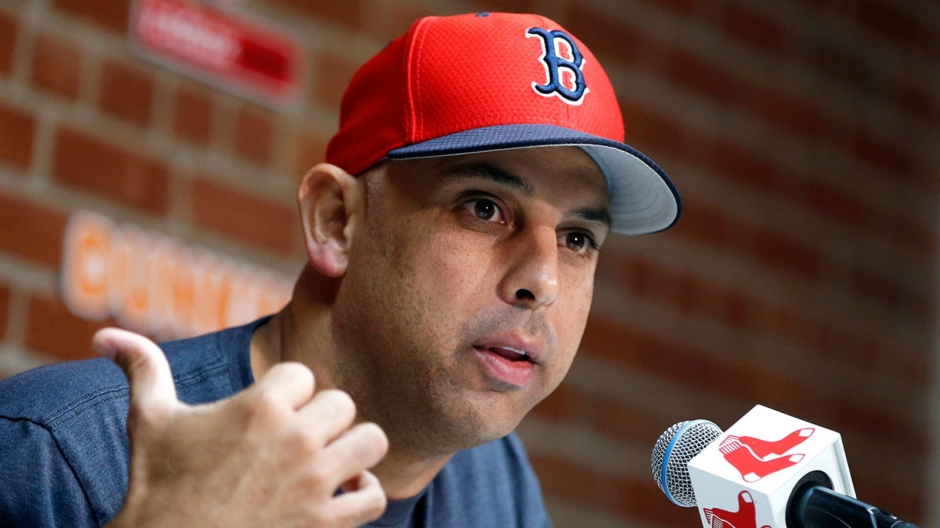 abchouston13.com file photo: Former Boston Red Sox manager Joey Corey was fired on Tuesday by the Boston Red Sox after it was disclosed that he over saw the technology of sign stealing via TV monitors and plastic cans as drums when as bench coach of the Houston Astros and manager of the Red Sox

Terrible 2020 for Puerto Rico: Alex Cora is Out as Red Sox Manager

Days after Puerto Rico was shaken by powerful earthquakes, another thing has shaken the island. A day after the Houston Astros fired their Manager and General Manager, the Boston Red Sox part ways with their manager Alex Cora. This decision directly related to the investigation of the Astros sign-stealing allegations in the 2017 season. Cora was the bench coach for the Astros in 2017 and was found to have been involved in the operations from the replay room to transmit the signs in game situations.

Commissioner Rob Manfred statement on Alex Cora: “Cora was involved in developing both the banging scheme and utilizing the replay review room to decode and transmit signs,” Manfred wrote in his findings. “Cora participated in both schemes, and through his active participation, implicitly condoned the players’ conduct. I will withhold determining the appropriate level of discipline for Cora until after the [Department of Investigations] completes its investigation of the allegations that the Red Sox engaged in impermissible electronic sign stealing in 2018 while Cora was the manager.”

Alex Cora won the World Series as manager of the Boston Red Sox in 2018, becoming the first manager born in Puerto Rico to do so. Carlos Beltrán named new manager for the New York Mets last year, after season’s end, is also under investigation as he also was part of decision making for the the Houston team.

This has been a terrible beginning of this 2020 year for the island of Puerto Rico. The recent earthquakes that continue to devastate the island and now what just happened with Cora and also potentially Carlos Beltrán also born in Puerto Rico. The difference is that Beltrán has not managed his first game yet this upcoming season.

We probably have not heard the last on the sign-stealing scandal. And there should be more to come.

Amaury Pi Gonzalez has been covering the MLB sign stealing scandal and is the Oakland A’s radio Spanish play by play announcer on KIQI 1010 and does News and Commentary each week at http://www.sportsradioservice.com