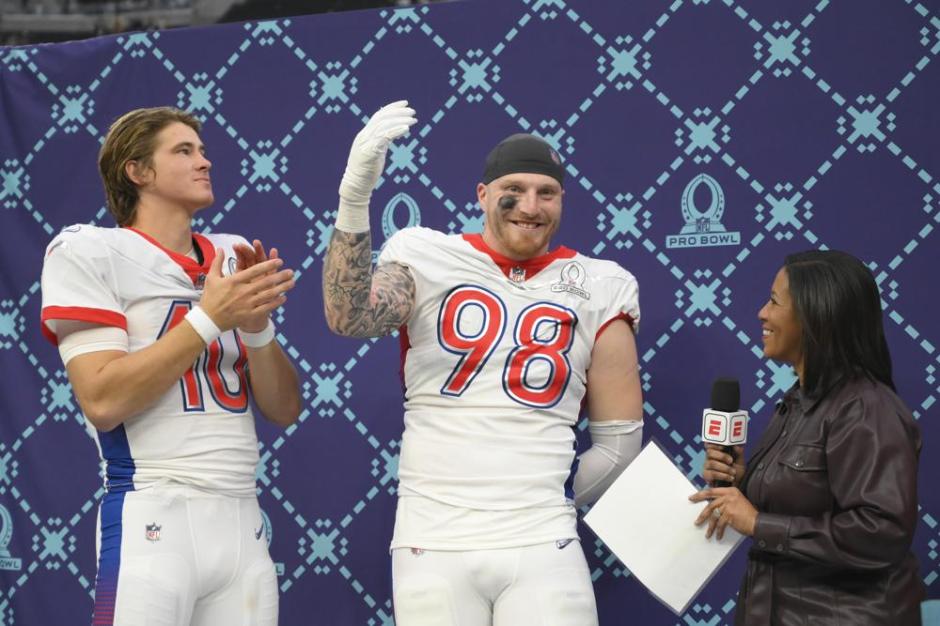 In a game plagued by sloppy play, the AFC hung on for a 41-35 win over the NFC in the annual Pro Bowl, played in Allegiant Stadium in Las Vegas.

The all-star teams from both conferences combined for eight turnovers, seven of them on interceptions. Six of the miscues occurred in the first half.

Justin Herbert was voted most outstanding player of the game. The Los Angeles Chargers’ signalcaller completed 7 of 11 passes for 98 yards and two touchdowns.

The AFC pulled away in the second half by scoring 13 straight points, opening a 20-point lead. An interception thrown by Justin Herbert of the Los Angeles Chargers provided the NFC with a chance to cut its deficit to six.

But on the AFC’s next drive, Mac Jones of New England completed a fourth-down pass to Najee Harris of Pittsburgh to maintain a game-ending drive.

Neither team was successful running the ball. The NFC ran eight times for one net yard, while the AFC gained 52 rushing yards on 21 attempts.

The AFC and NFC threw a combined 92 passes. The only player to throw a pass that wasn’t intercepted was Stefon Diggs of Buffalo, who also ran for a touchdown.

There were two pick-6’s – one by Darius Leonard of Indianapolis and the other by Antoine Winfield Jr. of Tampa Bay. Leonard intercepted Kyler Murray of Arizona for his TD, while Winfield picked off Patrick Mahomes of Kansas City to get his score.

Murray was 18 of 27 for 160 yards and three touchdowns. Jones finished 16 of 32 for 112 yards, one touchdown and one interception. No field goals were attempted.