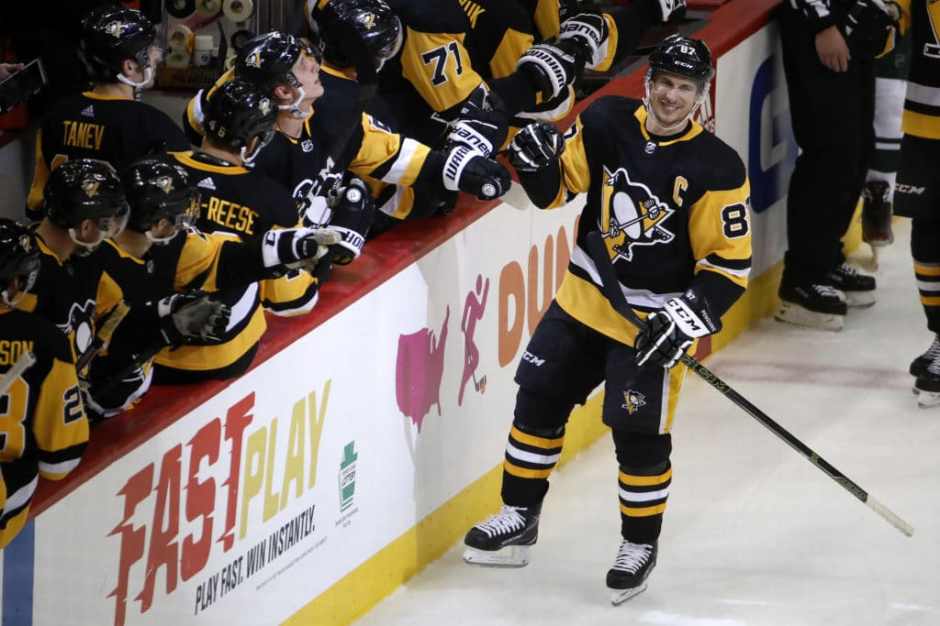 theathletic.com file photo: The Pittsburgh Penguins Sidney Crosby (88) celebrates a goal against the Winnipeg Jets at PPG Arena on Tuesday Jan 14th in a 7-2 win. The Penguins defeated the Red Wings on Saturday Jan 18th 2-1.

On the NHL All Star Game podcast with Mary Lisa:

#1 After Sydney Crosby of the Pittsburgh Penguins came back from his injury he scored three goals in three games for the Pens showing he didn’t miss a step.

#2 The Washington Capitals Alex Ovechkin is sitting out this All Star game in St Louis, Ovechkin has sat out past All Star games resulting in a one game suspension and a fine. Which alright with Ovechkin whose really after some All Star break rest and relaxation

#3 The Edmonton Oilers Conner McDavid is making his fourth All Star appearance McDavid has played in 27 goals, 49 assists, in 76 games.

#4 The Washington Capitals also will be represented by right winger TJ Oshie so far this season having a marvelous campaign with 18 goals, 16 assists, for 34 points.

#5 The San Jose Sharks will be represented by Tomas Hertl with 15 goals, 20 assists, and 35 points scored. Hertl is replacing the injured Logan Couture.

Mary Lisa does the San Jose Sharks podcasts each Saturday at http://www.sportsradioservice.com