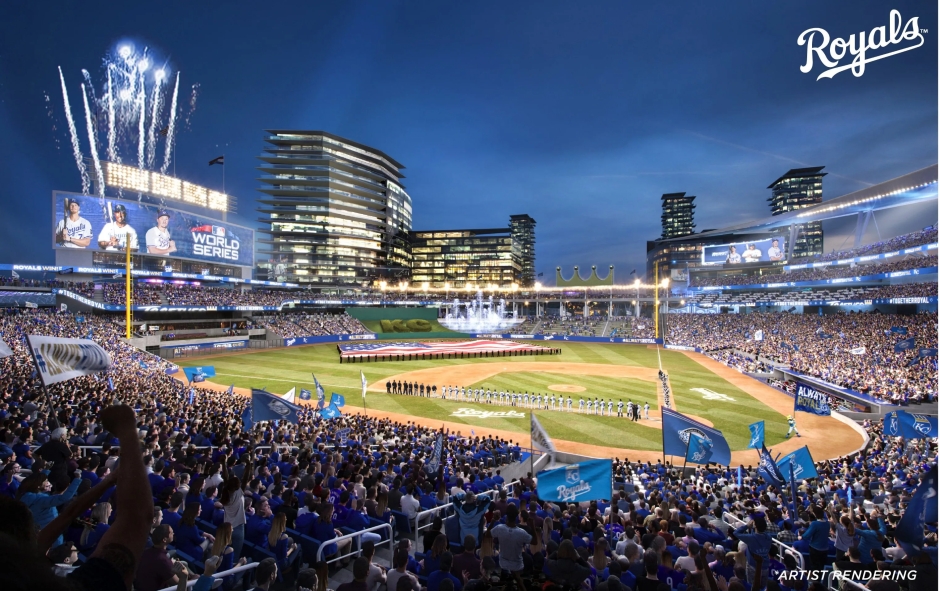 According to the owner: “The renovations required at The K (Kauffman Stadium) to achieve our objectives would cost as much or more than the price tag to develop a new ballpark.”Sherman said the club will be seeking public input over the next approaching months.In addition to a ballpark, Sherman said he envisioned shops, hotels, restaurants and affordable housing options. The total price tag projects to surpass $2 billion.

“To accomplish this move, our plans will be contingent on continuing our public-private partnership and investment with multiple local jurisdictions and the state of Missouri,” Sherman said. He added that the club intends to invest hundreds of millions of dollars directly into the project. He also said the Royals will not ask Jackson County citizens to pay more tax dollars than what they already do in the current lease.

The Royals were founded in 1969 as an expansion franchise that was granted by Major League Baseball after the Kansas City Athletics moved to Oakland the previous year.

Since these two franchises have crossed paths in history the obvious question would be: Who will have a brand new park ready for Opening Day first, the Royals, Rays or the A’s?

Amaury Pi Gonzalez is the play by play Spanish radio voice with broadcast partner Manolo Hernandez Douen on the Oakland A’s Spanish radio network and Amaury does News and Commentary at http://www.sportsradioservice.com