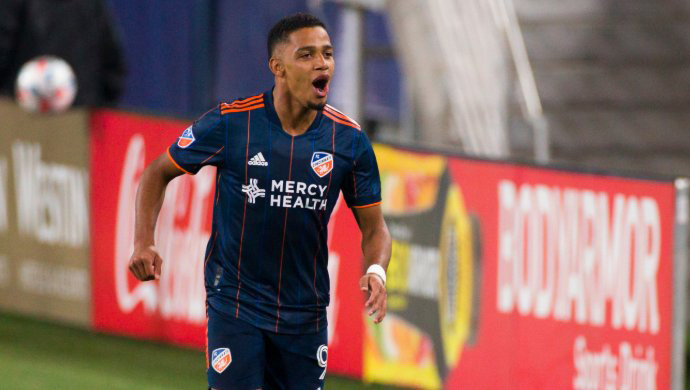 It was a night to forget along the Ohio River.

With the win, FC Cincinnati is on a season best nine-match unbeaten streak. San Jose has lost two out of its past three matches.

San Jose (7-13-9-30 points) played a descent first half generating scoring chances. At one point from the 37th minute to the 38th minute, the Earthquakes had shots from Cade Cowell, Jamiro Monteiro and Jackson Yueill only to be knocked away by FC Cincinnati goalkeeper Roman Celentano to keep San Jose off the board.

FC Cincinnati (10-8-12-42 points) took advantage of the momentum shift as Luciano Acosta found Alvaro Berreal along the left wing and the fullback’s left footed shot deflected off Nathan into the back of the net for his fifth goal of the season right before the halftime whistle blew.

It didn’t take long for FC Cinciannti to double its lead in the second half. Off of a free kick, Brandon Vázquez headed a ball into the middle where Brenner scored from close range for his first goal of the night at the 47th minute.

“It’s something that we need to control a little bit more because it’s a transition every time you lose a ball in the zone too. The plan was to rotate [FC Cincinnati] a little bit, attract them and find the opposite side to attack them because they had a lot of density in the middle,” ‘Quakes interim head coach Alex Covelo said.

Acosta drew a foul inside the box from ‘Quakes fullback Rodrigues in the 66th minute for a penalty kick. Five minutes later, after a VAR review, Acosta cashed in the penalty for his eighth goal of the season.

A counter attack by FC Cincinnati led to Brenner with a nice set up for Yuya Kubo, who beat ‘Quakes goalkeeper JT Marcinkowski with a low shot to the right corner of the net for his first goal of the season in the 77th minute.

“I think [the locker room] feels the same when you lose by that big of a margin,” said Shea Salinas about the team’s morale after a brutal loss. “Everyone feels defeated and frustrated. It’s a moment of reflection when guys can look and see where they made mistakes, not just mistakes, everyone makes mistakes, but when we’re not playing as a team, when we’re not fighting for each other. When we conceded early in the second half, we lost it a bit and then in the third goal everything fell apart.”

Brenner finished off the scoring for FC Cincinnati with the final two goals of the match. A bad turnover right at the D by San Jose gave the Brazilian striker his second goal of the match in the 90th minute.

Brenner put the cherry on top with a penalty kick in the 4th minute of stoppage time, after a foul by Nathan inside the box, to complete the hat trick and his 12th goal of the season.

Acosta earned the man of the match with one goal two assists. The two assists gave Acosta 18 for the season, which leads the MLS.

Celentano stopped all five shots on target to earn the clean sheet. Marcinkowski made four saves on 10 shots in the losing effort.

The Earthquakes are now 7-9-6 in MLS play under Covelo.

UP NEXT: San Jose concludes its two match road trip when they take on the Colorado Rapids on Wednesday 9/14 at 7:00pm at Dick’s Sporting Goods Park.