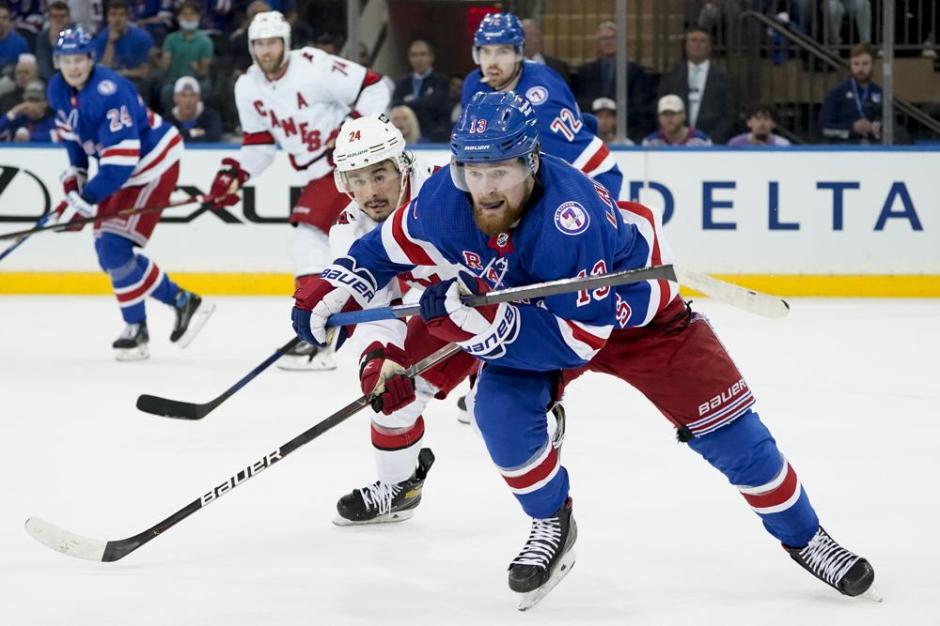 On the NHL Stanley Cup Playoffs podcast with Len:

#1 Len, The Tampa Bay Lightning have had a good week off waiting to see if they’re going to face the New York Rangers or the Carolina Hurricanes which should be decided in game 7 on Monday in Carolina. Each game has been won by the home team in this series.

#2 The Rangers and Hurricanes dueled it out in game six and the Rangers came away with a three goal win 5-2 with Ranger goaltender Igor Shesterkin who stopped 37 shots. The Rangers Filip Chytil scored twice for the Rangers. How difficult will it be for the Rangers to win a game in Carolina or after a game like this does this build confidence.

#3 The Hurricanes have been getting some strong offense in their wins and getting key goals from Andrei Svechnikov, Teuvo Teravainen, and Vincent Trocheck. How important will these players be going into game 7 against the Rangers.

#4 The series that is ready to get underway is the Edmonton Oilers and the Avalanche on Tuesday night in Colorado. The Oilers just dominated and took out the Calgary Flames 4-1 and the Avalanche took out the St Louis Blues 4-2 do you see these two teams equal or one team has the ability to advance to the Finals.

Join Len for the NHL Stanley Cup Playoffs podcast each Sunday at http://www.sportsradioservice.com