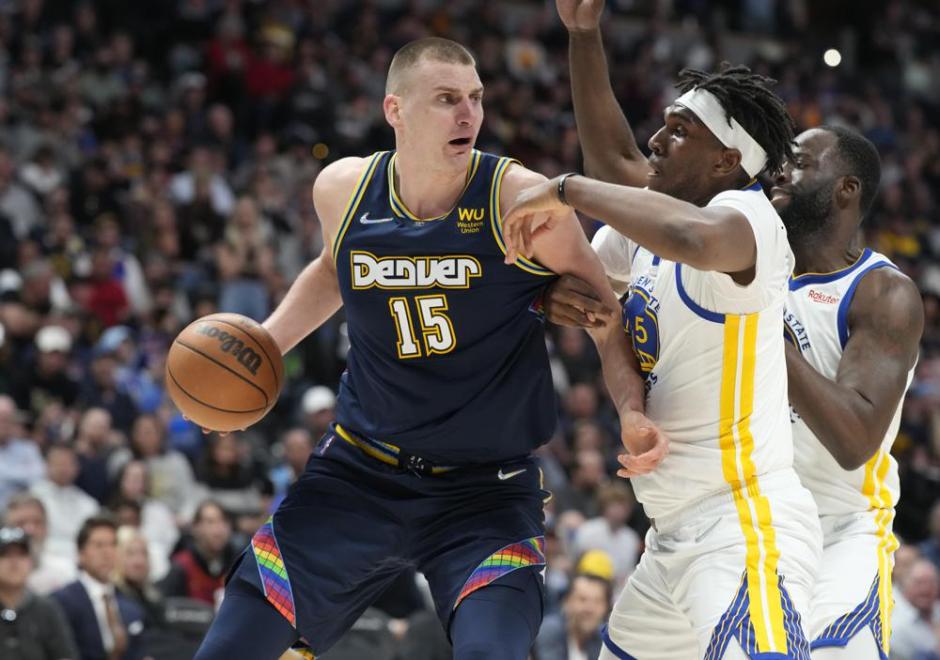 The Golden State Warriors led their series against the Denver Nuggets 3-0. This afternoon the Warriors tried to finish off Denver to win the series. While this was not a critical game for Golden State a win would give the team considerable time to rest and heal.

More time for Stephen Curry especially and Jordan Poole who has been nursing his shooting wrist at times. It’s a given that extra time off would be of great benefit for the entire team.

This was the last chance for the Nuggets so you can bet they would be playing their A-game in Game Four. For Denver it was win or go home. Win they did as they had the lead throughout the game no doubt they’re best game against Golden State in a 126-121.

When Jokic gets into a rhythm it can spell disaster for any team. He would finish the first three quarters with 33 points.

With under three minutes left in the game the Warriors were down by one point 117-116. This became a wild game after a horribly slow three quarters from Golden State.

With 1:47 left Curry tied the game at 119 with a three points play, a basket and free throw. The Nuggets would turn the ball over and Curry would give the Warriors the lead 121-119. Jokic would come right back to tie the game 121-121.

Monte Morris would give the Nuggets the lead 123-121and Will Barton would seal the deal with a three-point jumper to beat the Warriors. Denver had fought off elimination and now it would be Game Five back at Chase Center. There will be no brooms in this series.

This was a hard fought game but when Jokic shoots for 37 points it makes it very tough. He was dominate throughout the entire game.

This was his best game of the series and he got a lot of help from Monte Morris, Aaron Gordon, Bones Hyland and DeMarcus Cousins all shooting double digits. Denver needed their entire team to play lights out in order to beat the Warriors.

An awful lot went wrong for the Warriors. They fought from uphill for most of the game. Curry had a very tough first half entering the game earlier than expected when Klay Thompson committed two very early fouls. It became very apparent that he was just not ready to go in.

The team missed far too many open shots and Curry missing four free throws was also not something we see too often if at all. Poole had a quiet game with only eleven points so it was really amazing that the Warriors almost pulled this game out. This was a very disappointing game for the team.

Denver played much better than the Warriors in this game. “Steph made some brilliant plays,” said Head Coach Steve Kerr in regards to the final two minutes of the game. “We just started too late to win a road game. We got away from our game plan,” he said.

So now this series will head back to Chase Center for a Game Five on Wednesday. There will a bit of time to rest up for the team and finish off this series at home. Tipoff will be at 7:00 PM.