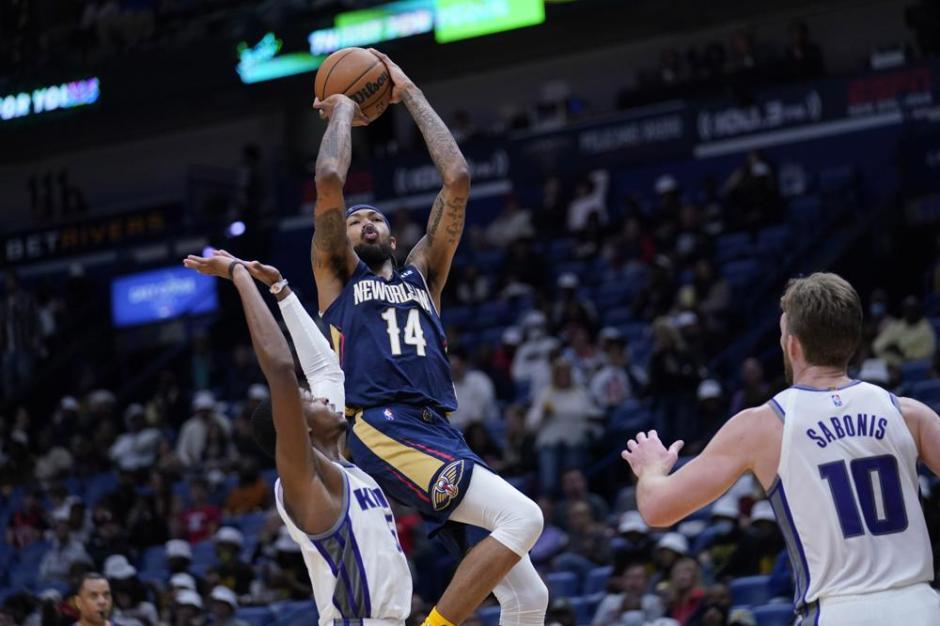 Sacramento Gets Rolled By the Pelicans 125-95

Wednesday night two struggling teams met at Smoothie King Center. The Sacramento Kings (23-41) traveled to New Orleans to take on the Pelicans (26-36). They have both started the second half of the season on an improved note.

The Pelicans beat the Phoenix Suns 117-102 with CJ McCollum on a scoring spree. He is still working on his on-court chemistry with the Pelicans. New Orleans also beat the Lakers pretty handily 123-95. The Kings won their last game against the Thunder 131-110. The Pelicans handled the Kings on Wednesday night 125-95.

Both teams have made some nice changes to their roster. Changes for these two teams have been paying off nicely.

As expected these two teams played a very close first quarter. The Kings edged the Pelicans in the opening quarter 33-31. At the half the Pelicans had taken the lead 65-61. DeAaron Fox led the Kings with 17 points and Harrison Barnes turning in 15.

The Pelicans Brandon Ingram had a great first half with 24 points. Both teams got some great work from Domantas Sabonis (Kings) and Jonas Valanciunas (New Orleans) each with eight rebounds. They would both finish with 14 apiece.

The Pelicans would continue their role into the third quarter leading after three 96-82. New Orleans proved to be to hot to handle for Sacramento. Every one of their starters had double digits with Brandon Ingram shooting for 33 points. He was 15-of-19 which is a tough act to follow.

The high for the Kings was Fox with 25 points and Harrison Barnes shooting for 19. The Pelicans simply had a whole lot more fire power than Sacramento, as the Kings continue to struggle.

The Kings will now travel to San Antonio on Thursday night taking on the Spurs. Tipoff is scheduled for 5:30 PM.