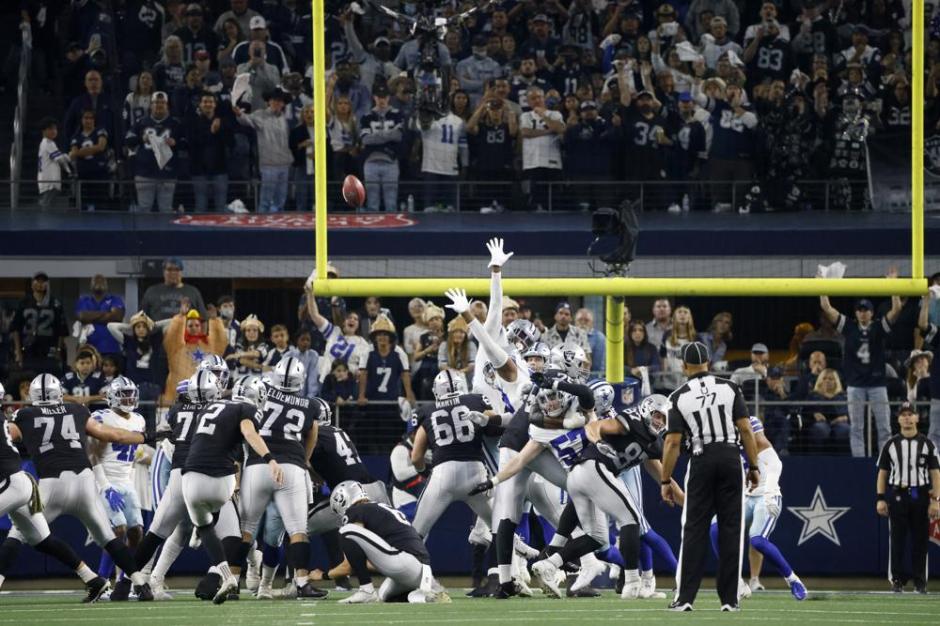 On the Raiders podcast with Rich:

The Las Vegas Raiders (6-5) kicker Daniel Carlson kicked the game winning field goal in overtime to just get the Raiders by the Dallas Cowboys (7-4) on Thanksgiving Day Thu Nov 25, 2021 36-33. It was a real nail biter the Raiders had just enough to stay ahead of the Cowboys throughout the game and got into overtime to get Carlson in good field position to boot the 29 yarder for the winner.

The win for the Raiders makes this their first Thanksgiving Day victory since 1968 the last time they won. This Thursday’s victory ended a two game losing streak and Thursday made it their third Thanksgiving game since 1968 as the Cowboys had won the two previous games.

Rich Perez did the Raiders podcast at the conclusion of Thu Nov 25, 2021 in Dallas against the Cowboys at http://www.sportsradioservice.com