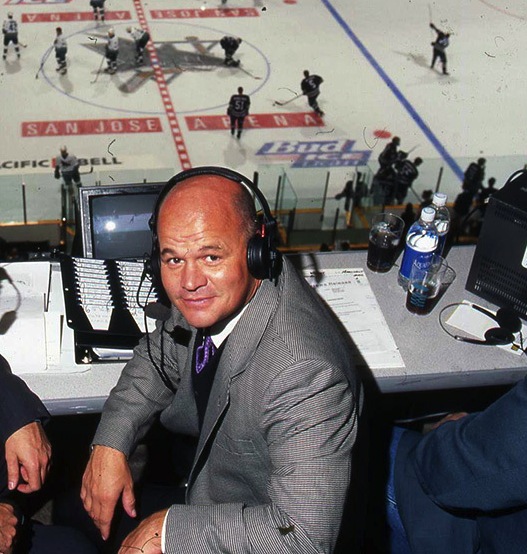 #1 Former San Jose Sharks fan favorite Drew Remenda returns to the Sharks broadcasts this time as color announcer on radio. Remenda who worked with the Sharks last season doing a few Sharks games but will be doing all Sharks games on radio with Dan Rusanowsky this season.

#2 Remenda left the Sharks in 2015 to do Edmonton Oilers games on TV as color analyst. Remenda will also be joined on the radio side by Scott Hannan, Bret Hedican, Mark Smith.

#3 The Sharks have left Evander Kane off their opening night roster for this Saturday night’s game against the Jets. The Sharks are waiting for the NHL’s investigation results regarding Kane’s wife’s accusation that he assaulted her.

#4 Kane’s $7 million contract for this season will not impact the Sharks cap and gives San Jose some $8.8 million in cap room going into opening night.

#5 The NHL nor league Commissioner Gary Bettman has not suspended Kane under the code of conduct rules. The Commissioner can also cancel Kane’s contract but most likely the league is waiting on the results of the assault accusation.

Mary Lisa does the Sharks podcasts each Wednesday at http://www.sportsradioservice.com