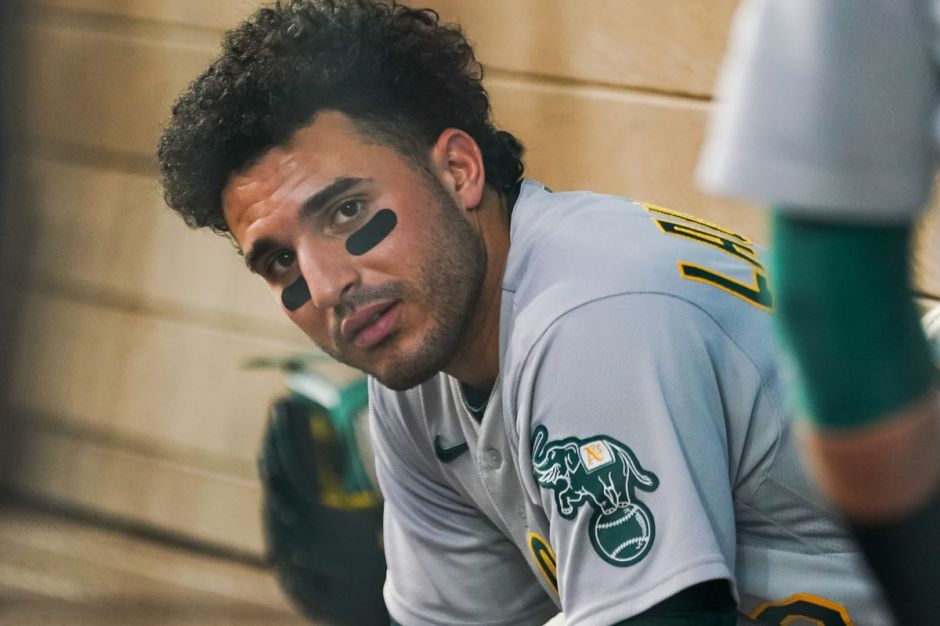 Oakland A’s outfielder Ramon Laureano said that he is educated enough about banned substance abuse and that he would never dishonor teammates, family and coaches. MLB says they have found traces of banned substance in Laureano’s test and Laureano has been suspended from baseball for 80 games effective immediately (file photo from athleticsnation.com)

On the A’s podcast with Jeremaiah:

#2 The A’s newly acquired outfielder Starling Marte who also was suspended for the same substance in 2017 when Marte played with the Pittsburgh Pirates will be heavily relied on to pick up the pieces of the loss of Laureano.

#3 The A’s can’t afford to get too relaxed with the Texas Rangers (36-69) who are without Joey Gallo who was dealt to the New York Yankees. Even so the A’s have split their first ten meeting with the Rangers who are looking for more wins.

#4 The right now would love to get within range of the AL West first place Houston Astros who have a 4.5 game lead on Oakland and the A’s are hoping to cut down some of those games before it gets away from them.

#5 For the first of the four games at the Coliseum the Texas Rangers will be sending Mike Foltynewicz (2-10 ERA 6.00) he’ll be matched up against the Oakland A’s Chris Bassitt (11-3 ERA 3.28) Jeremiah tell us how you see this match up tonight at the Coliseum.