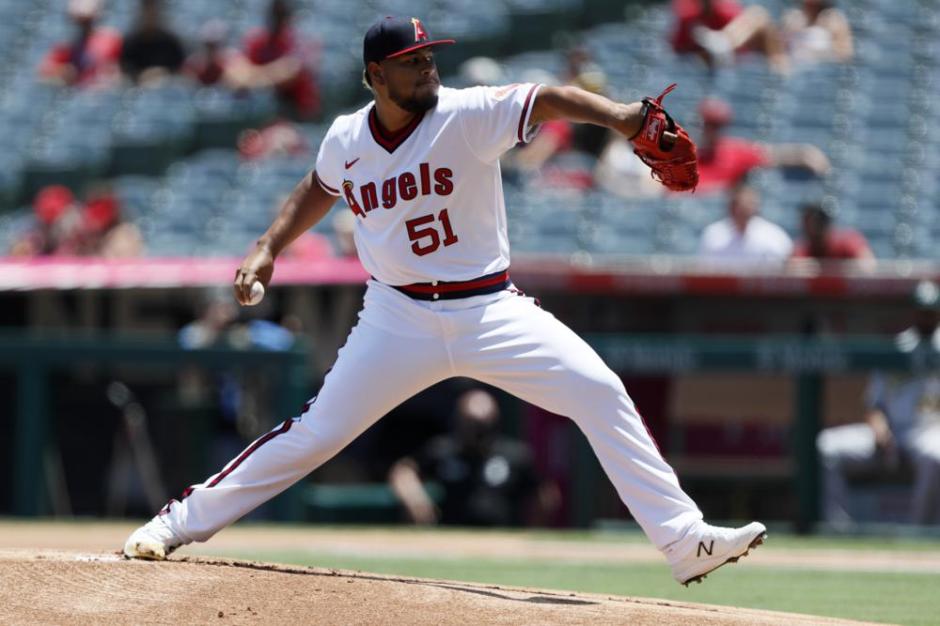 Los Angeles Angels starter Jaime Barria goes into his motion to deliver a pitch to the Oakland A’s line up in the first inning at the Big A in Anaheim on Sat Jul 31, 2021 (AP News photo)

Saturday afternoon the Oakland A’s took on the Los Angeles Angels looking for a fourth win in a row. Oakland won the first game of this series 4-0 and yesterday evening the score was 2-0 in favor of the A’s. Two shutouts in a row and their eleventh shutout of the season.

It was a pitchers duel much as yesterday’s game was. For the first time in this series the Angels were first up on the scoreboard. In the third inning Shohei Otani hit a double to right center field allowing Matt Thaiss to score and thus the early lead for the Angels 1-0.

In the seventh inning the A’s began to see more offense from players who had been quiet for most of the game. Laureano, Murphy and Kemp all had hits. Oakland had the bases loaded with two outs in the inning but could not capitalize. It’s just more of the same for this team.

With the score 1-0 this game was still up for grabs. Ramon Laureano very nearly tied up the game in the eighth inning hitting a very deep ball into left field for a double. Again Oakland came up empty in the inning.

The A’s could just not get the job done in the ninth inning. Cole Irvin had a great game with some outstanding pitching and it was very disappointing to have lost this one.

Tomorrow both teams will meet up for the final game of the four game series. First pitch is schedule for 1:07 PM.