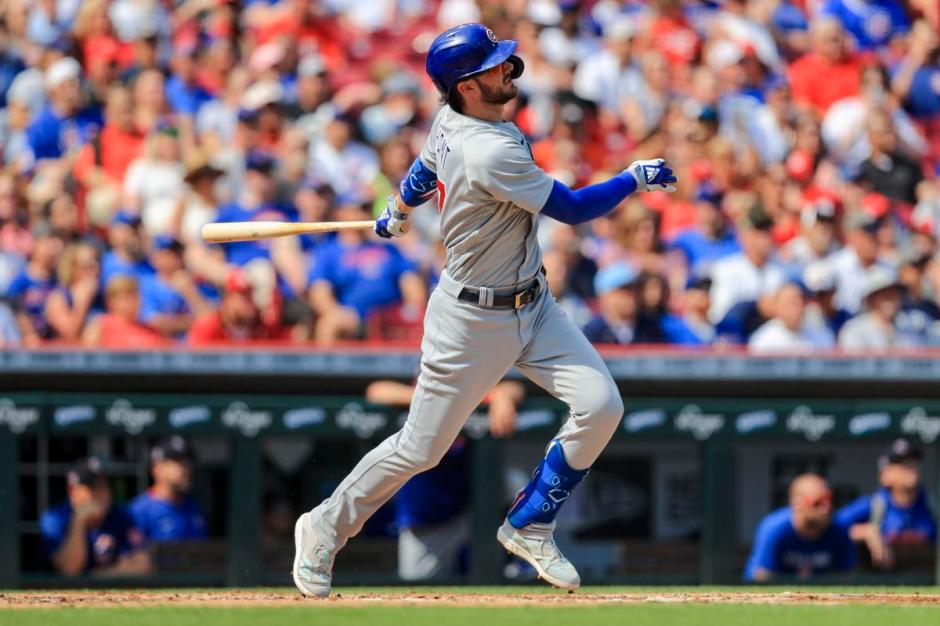 Former Chicago Cub Kris Bryant watches the flight of his home run at Wrigley Field as he joins the San Francisco Giants on Fri Jul 30, 2021 (photo from pantagraph.com)

On the Giants podcast with Michael Duca:

#1 The San Francisco Giants is a big move picked up Chicago Cubs third baseman Kris Bryant who will be playing the hot corner as regular third baseman Evan Longoria is on the 60 day injured list.

#3 The Cubs picked up a right hander Calib Kilian and outfielder Alexander Canario in exchange for Bryant and two minor leaguers. Bryant who will be a free agent at the end of this season might be at the crossroads of whether he would want to come back to the Cubs or will he stay with the Giants that is yet to be seen.

#4 Bryant is hitting .267, with 18 home runs and 51 RBIs he certainly can be expected to help the Giants at the plate.

#5 Bryant knows something about the post season he was on the 2016 Cubs Worlds Championship team his rookie season when the Cubs snapped their 108 year drought of not getting a World Series Championship.

Join Michael Fridays for the Giants podcast at http://www.sportsradioservice.com