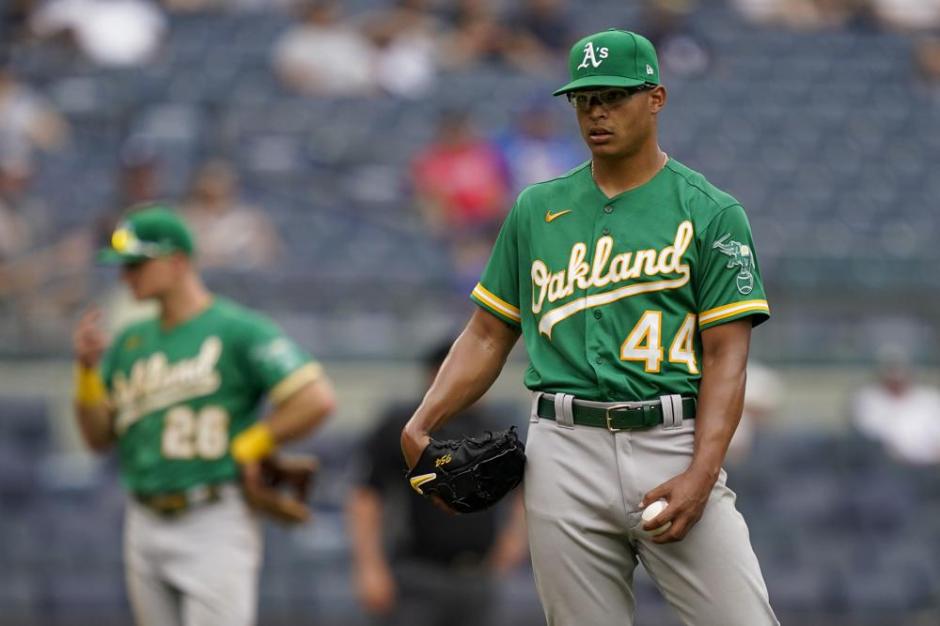 Former Oakland A’s pitcher Jesus Luzardo who left for the Washington Nationals has a lot of baseball left in him says A’s GM David Forst. Luzardo is 23 years old and hopes to make that adjustment going to a National League team (AP News photo)

On the A’s podcast with Jeremiah:

#1 The Oakland A’s general manager David Forst said the A’s had sent down Jesus Luzardo down to triple A affiliate Las Vegas before he was traded to the Washington. Forst said Luzardo wasn’t performing but has a lot of baseball of ahead of him at 23 years old.

#2 Forst said the team was focusing on the 2021 season and the A’s are trying to catch the Houston Astros and win the division as one of their goals and said sometimes you have to give up on good players.

#3 Forst said that adding Starling Marte to the line up give the team a bat. Marte whose hitting over .300 is an upgrade and that he’s a great clubhouse guy. Marte’s contract with the Marlins is up at the end of this season and is seen as a rental. The Marlins will pay the remainder of Marte’s $4 million contract.

#4 Marte has played center for the Marlins and started at center on Thursday night to open up the Angels series in Anaheim. He’s facing American League pitching now will that be an adjustment for the Marte or opposing pitchers who don’t see him very much when he was with Miami?

#5 The A’s will be starting Chris Bassitt (10-3 ERA 3.46) and he’ll be opposed by the Angels Patrick Sandoval (3-4 ERA 3.52) talk about how you see this match up at the Big A tonight this actually could be a pitching duel.