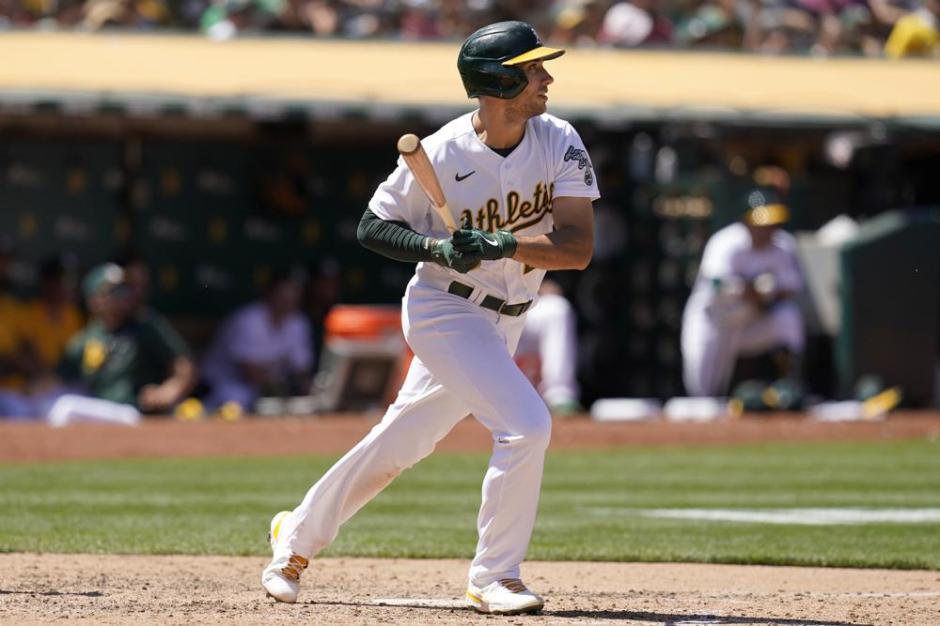 Eye on the ball as the Oakland A’s Matt Olson hits for an RBI single in the seventh inning during Tue Jul 20, 2021’s ball game against the Los Angeles Angels at the Oakland Coliseum (AP News photo)

#1 Matt Olson is seeing the ball well he hit a home run against the Los Angeles Angels on Tuesday for his 25th home run of the season.

#4 Olson had a great series against the Angels in the two game series. Olson had a homer in each game on Monday and Tuesday at the Coliseum.