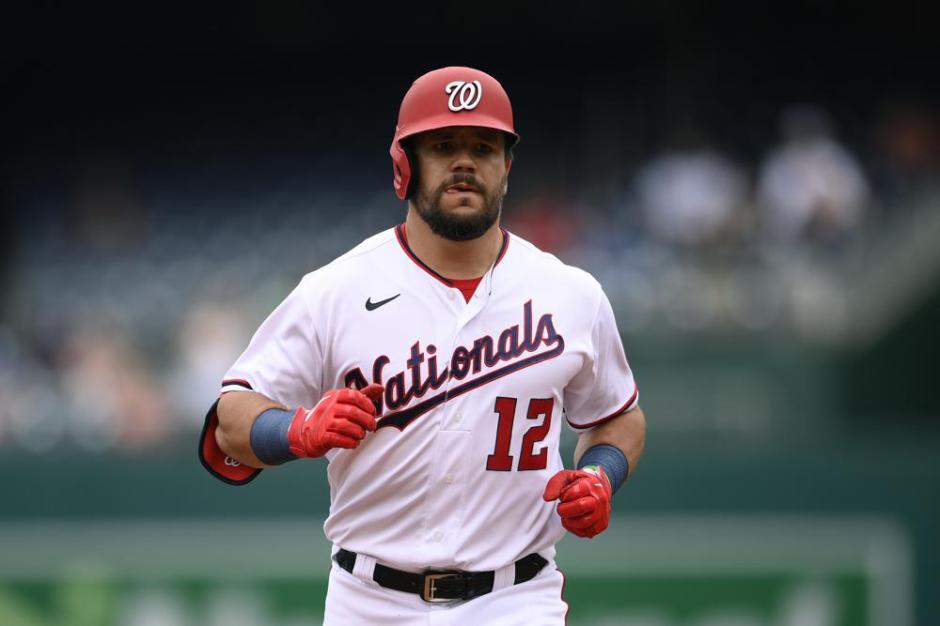 Kyle Schwarber came up with the only offense that the Washington Nationals would need right off the bat against Kevin Gausman.

Schwarber hit a leadoff home run off of Gausman in the bottom of the first inning, helping the Nationals to a 2-0 victory over the San Francisco Giants in the first game of a split doubleheader at Nationals Park.

Gausman lost for the first time this season, as he went four innings, allowing two runs on three hits, walking two and striking out four in his shortest outing as a member of the Giants.

Erick Fedde picked up his fourth win of the season, as he went five innings in his first start since being taken off the injured list due to Covid-19. Fedde did not walk a batter, scattering four hits, not walking a batter and striking out seven in his return to the rotation.

Nationals setup man Kyle Finnegan came on to replace Fedde in the top of the sixth inning, as he gave up a hit and struck out one before giving way to closer Brad Hand, who struck out two, including Austin Slater on a called third strike to end the game.

Josh Harrison put the finishing touches on the scoring for the Nationals in the bottom of the fourth inning, as he doubled to right field to score Juan Soto, who walked to lead off the inning against Gausman.

The Giants could only muster four hits with two coming in the top of the second inning, as Wilmer Flores singled and then Mike Tauchman singled Flores to third base; however, Jason Vosler grounded into an inning ending double play to end the threat and the inning.

Gausman tried to help out his own cause, as he singled to lead off the top of the third inning, but LaMonte Wade, Jr., hit a sacrifice bunt to get Gausman to second base; however, Mike Yastrzemski and Buster Posey each grounded out to the inning.

NOTES: Yastrzemski was activated prior to the game, as he was reinstated from the 10-day disabled list and will be the 27th player for both games of the doubleheader.

UP NEXT: Conor Menez will take the mound in the second game for the Giants, while the Nationals will send Jeffrey Rodriguez, to the mound after he was recalled from Triple-A Rochester.