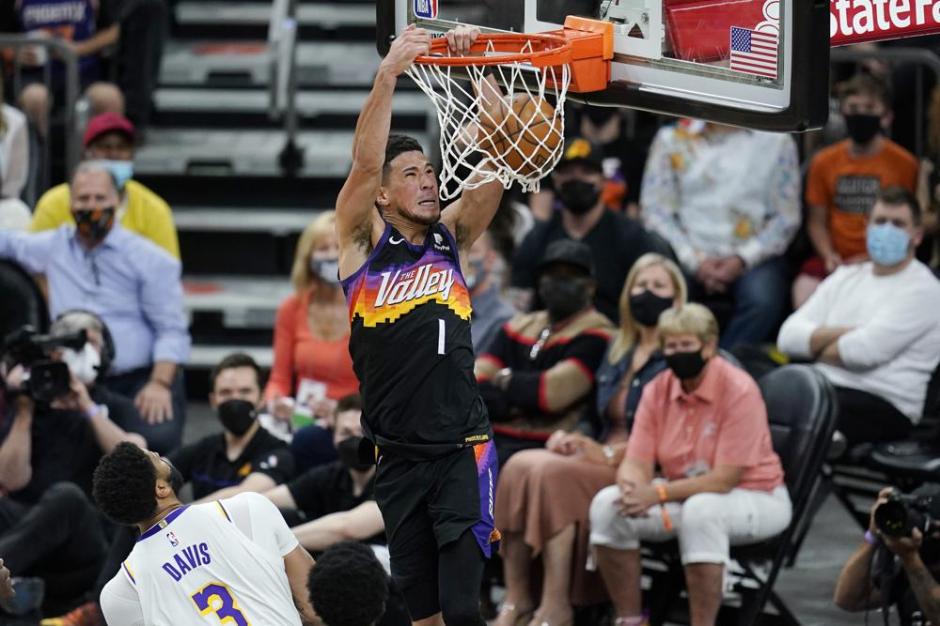 Phoenix Suns guard Devon Booker (1) throws down over Los Angeles Lakers forward Anthony Davis (3) in the first half of game 1 of the first round of the playoffs Sun May 23, 2021 (AP News photo)

On the Headlines Sports podcast with Daniel Dullum:

1 Suns hold off the Lakers in game one, injury questions involving LeBron and CP3

4 Athletics to visit Las Vegas and Portland; Still being paid by the Dodgers, Scott Kasmir made his first start since 2016 for the Giants … against LA