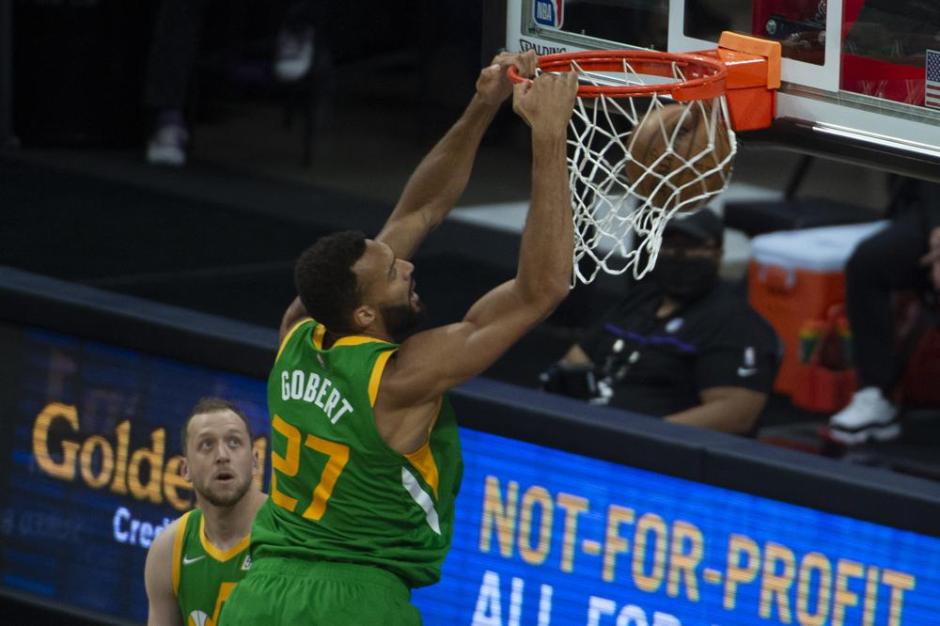 The Utah Jazz center Rudy Gobert (27) throws down on the Sacramento Kings at Golden One Center in Sacramento on Sun May 16, 2021 (AP News photo)

Sunday evening the Sacramento Kings took on the first place Utah Jazz. It has been a very long season for the team and now they find themselves playing in their last game of the 2020-21. They will be playing for pride and the chance to knock the Jazz out of top seed position.

Sacramento will take the court in this final game of the season without De’Aaron Fox, Harrison Barnes and Tyrese Haliburton. Taking on the Jazz without these guys was a huge challenge.

By the end of the third quarter the Jazz had complete control of this game leading 97-73 Utah was cruising and it was easy to see why this team is the number one seed in the Western Conference.

The Jazz finished off the Kings in the fourth quarter sailing to a 121-99 win. The Jazz will head off into the playoffs and the Kings will focus on where the team is headed next season.

Damian Jones had the high score for the Kings finishing with 19 points. Buddy Hield had 13. Terence Davis had 20 points off the bench playing 32 minutes.

The season may be over for the Sacramento Kings but the future of so many of their players remains bright. I really see an improved Kings in the 2021-2022 season. I predict more than 31 wins, a whole lot more, as well as a breakthrough into next year’s playoffs.