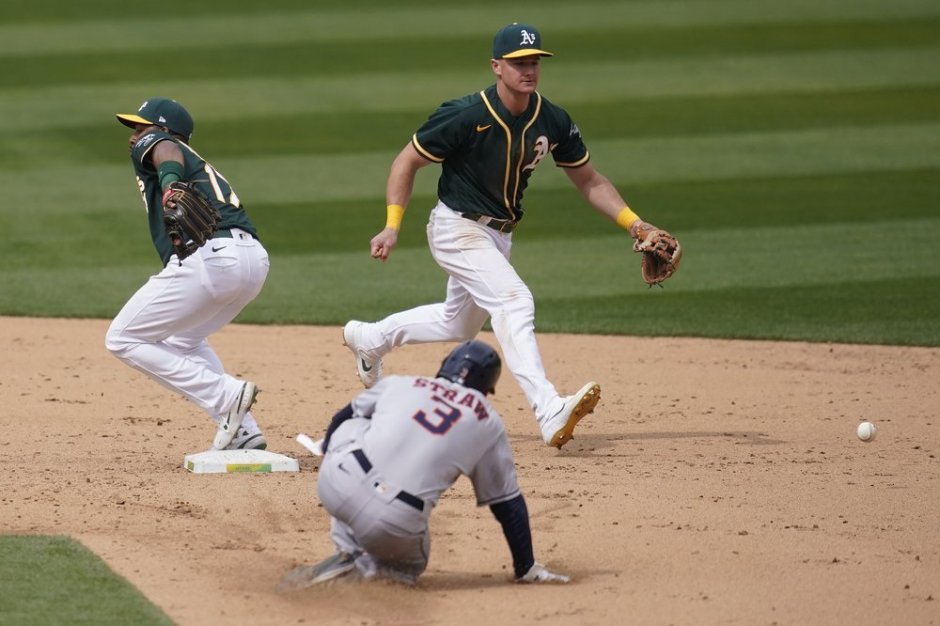 #1 The Oakland A’s just got by the Los Angeles Dodgers on Wednesday afternoon with a ten inning 4-3 win to close the three game series and homestand at the Oakland Coliseum.

#2 The A’s got runs in the bottom of the ninth to tie it up and got the game winner in the last of the tenth on Mitch Mooreland’s hit to center right scoring Mark Canha from second base it had to be a huge relief before heading out for the road trip.

#3 Jerry from the looks of things in the first two games of the Dodger series the Dodgers winning game one 10-3 and winning game two 5-1 there was this fear the A’s could go down 0-7 to open up their first regular week of the season but just got by the Dodgers on Wednesday 4-3 in extra innings.

#4 This is A’s team has the players to be better than a last place team, with Mooreland, Canha, Matt Chapman, Ramon Laureano, Sean Murphy, Yusmeiro Petit and Elvis Andrus it’s a good enough core of players to take the A’s to the post season.

#5 Jerry, let’s take a look at tonight’s starting pitchers at Minute Maid Field in Houston for the A’s Cole Irvin 0-1 ERA 8.31 who took a tough loss against the Astros allowing four runs and seven hits and for the Astros Cristian Javier who allowed two runs on three hits against the A’s on Friday night at the Coliseum.

Jerry Feitelberg does the A’s podcasts each Thursday at http://www.sportsradioservice.com