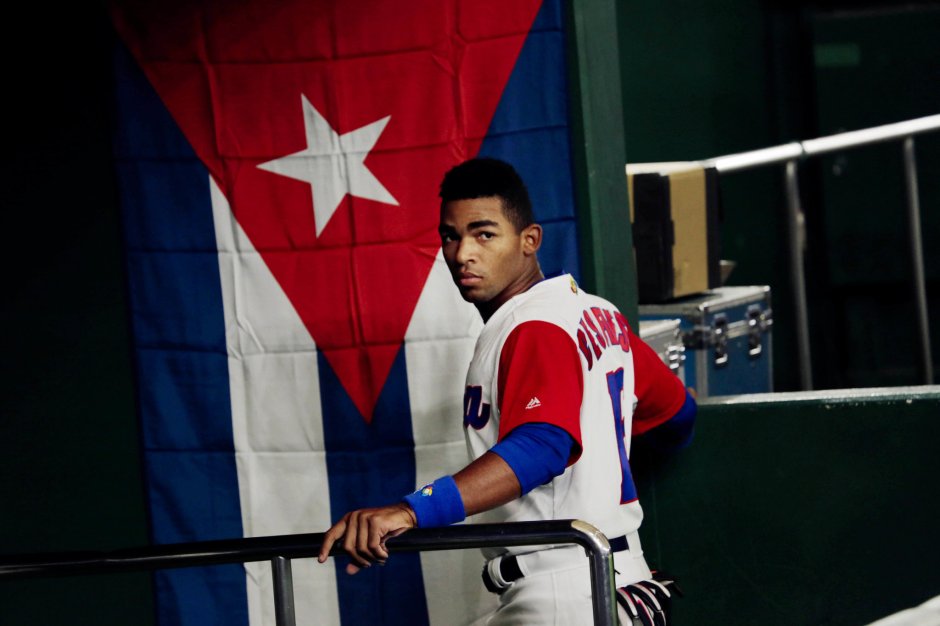 The half brother of former New York Met Yoenis Cespedes, Yoelkis will be swinging the bats for the Chicago White Sox for the next three seasons. Yoelkis used to play for Cuba as their centerfielder. (New York Times file photo)

On June 25, 2019 Yoelkis Céspedes deserted the Cuban National Team while participating in the Can-Am games. On January 15, 2021, the Chicago White Sox signed the 23 year-old, half brother of Yoenis Céspedes, Yoelkis for $2,050,000.

He was the #1 prospect in this year’s International Players list. Scouts have him as a five-tool player and believe he could be ready to play this year in the major leagues. The White Sox also selected the #15 International prospects on the list, a right-handed pitcher by the name of Norge Vera, also from Cuba.

In 2017 the Chicago White Sox signed Cuban center-fielder Luis Robert who was also ranked “Número Uno” in the International Players list. Last season Robert was a finalist for the Rookie of the Year in the American League.

The Chicago White Sox have the Cuban Pipeline which is good and alive. Last season their first baseman Cuban-born All Star José Abreu, won the American League Most Valuable Player. Aside from these players, the White Sox already have Yusmani Grandal, Yoan Moncada, already established players also born in the largest island in the Caribbean and probably more on the way.

Some of what the scouts that have seen Yoelkis Céspedes have said: He has added 15 pounds of muscle and now has more power and explosive bat speed. He is a “plus runner” a “solid defender” and a line-drive hitter who spray the ball across the outfield. He has revamped his swing since defection and today looks almost exactly like his older brother Yoenis in the batter’s box.

The Oakland Athletics selected #13 Pedro Pineda from the Dominican Republic, while the San Francisco Giants selected the #22 prospect Diego Velásquez, a shortstop from Venezuela. Stay well and stay tuned.

Amaury Pi Gonzalez is the vice president of the Major League Baseball Hispanic Heritage Museum Hall of Fame and does News and Commentary podcasts each Tuesday at http://www.sportsradioservice.com