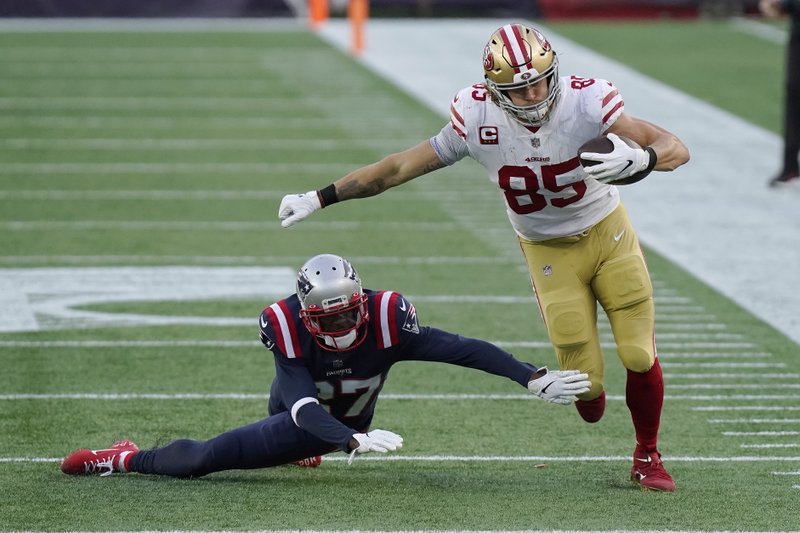 The San Francisco 49ers George Kittle (85) trying escape New England Patriots defensive back JC Jackson (27) after catching a pass on Sun Oct 25, 2020 in Foxborough. Kittle has been out for the last five weeks and could return this Saturday against the Arizona Cardinals (AP News file photo)

#1 The 49ers tight end George Kittle is moving towards coming back do you see him returning on Saturday in Glendale or maybe on Jan 3 against Seattle?

#2 Wednesday the 49ers have opened Kittle’s practice window a three week window to help determined when he could come back. There is only two games left and Kittle could return Saturday.

#3 Kittle had missed the last five games due to a fractured foot, knee sprain, and bone bruise. Kittle previous to these injuries had missed only three games in the first three years of Kittle’s NFL career.

#4 Joe, talk about quarterback Nick Mullens. He put it all on the line in the last game and came away with an injury and will eventually need Tommy John surgery.

Join Joe each week for the 49ers podcasts at http://www.sportsradioservice.com