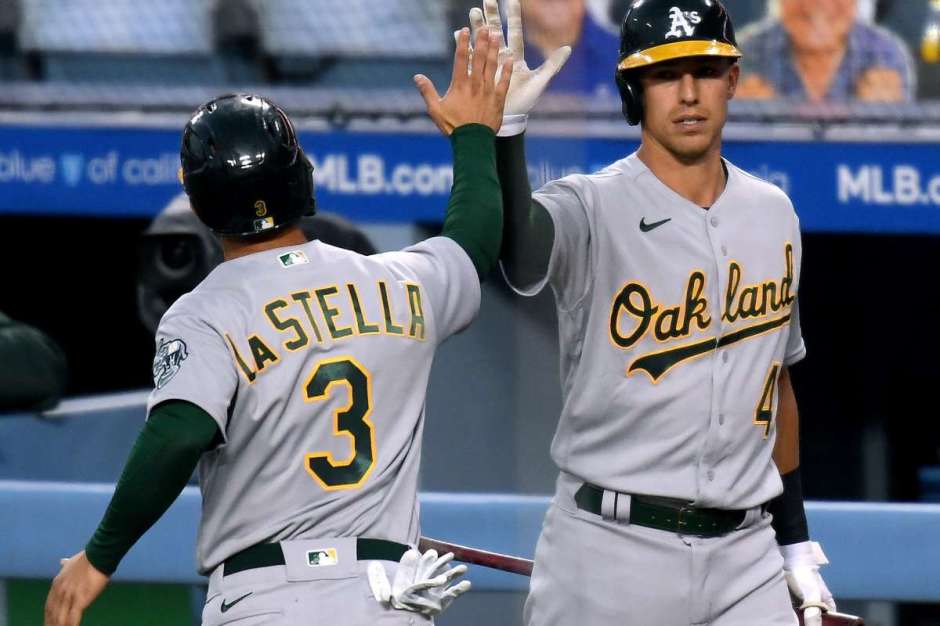 On the A’s podcast with Jerry F:

#1 The A’s evened the series with the Dodgers on Thursday night this series is a good test for both teams with both being first place teams it’s a good look at both their strengths.

#2 The Dodgers used two relievers in the first two innings starting with Joe Kelly who allowed two hits from the first two hitters he faced including the A’s Tommy LaStella who doubled to rightfield.

#3 Robbie Grossman hit a double to get the A’s on the scoreboard and the A’s were in business later the A’s got another run Mark Canha drove home Grossman. The A’s would start the game off scoring three runs in the first inning.

#4 With the game tied 4-4 in the top of the ninth inning the A’s Ramon Laureano hit a two run homer to give the A’s the eventual win 6-4.

Jerry does the A’s podcasts each Thursday at http://www.sportsradioservice.com