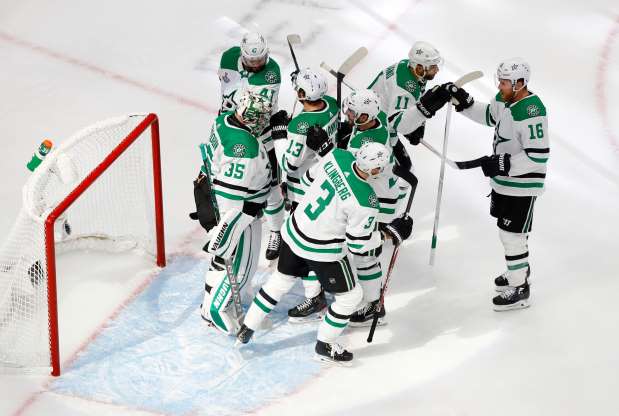 On the NHL Stanley Cup Finals podcast with Len:

#1 The Dallas Stars continue to shock the hockey world they came into Rogers Centre on Saturday night and grabbed all the gusto and defeated the Mighty Tampa Bay Lightning 4-1 and goaltender Andrei Vasilevskiy faced a barrage of Stars shots.

#2  Vasilevskiy allowed three goals and faced 19 shots in the loss the Stars were able to get an empty netter.

#3 The Lightning were expected to win the first game and are favored in the series but ever since the Stars caught their own lightning in a bottle with a huge series win against the Vegas Knights to advance to this round they’ve been unstoppable.

#5 Mary Lisa after a three goal beating by the Stars on Saturday night will the Lightning come back on Monday night for game 2 off kilter or will they come back with a vengeance?

Mary Lisa is a NHL podcast analyst and podcasts the NHL Stanley Cup Finals for http://www.sportsradioservice.com