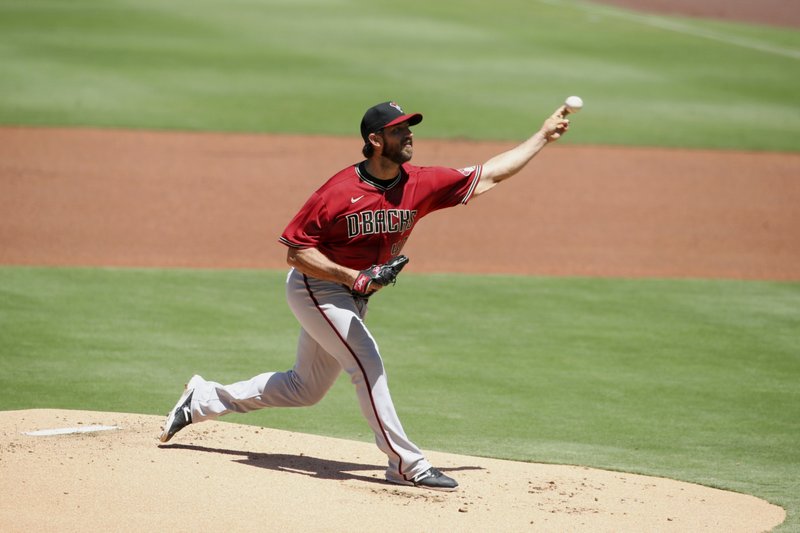 The photo proves it that this Diamondback is back . After suffering from back problems that kept him out for much of this season Bumgarner seen here threw against the San Diego Padres Sun Aug 8th Bumgarner will be into pay a visit to his former team the San Francisco Giants for the weekend series and will be getting the start on Saturday night (AP News file photo)

In spring training, Giants fans undoubtedly anticipated seeing Madison Bumgarner toe the rubber at Oracle Park as a member of the opposing team.

That moment will come this Saturday, as his Arizona Diamondbacks visit the Giants for a three-game series that starts Friday night, with the left-hander starting the second game of the series.

We witnessed Cavaliers fans giving a hero’s welcome to LeBron James during his second return to Cleveland as a member of the Los Angeles Lakers last season. In 2002, the Chicago crowd gave former Bulls great Michael Jordan a minutes-long standing ovation when being introduced in his first game in Chicago with the Washington Wizards.

Cutouts, and whatever kind of fake crowd noise that the Giants brass can think of will be in the crowd to greet Bumgarner this Saturday.

Another reason why this joke of an MLB season should have been shut down for good. That, along with the COVID-19 outbreak that ravaged the majority of the Miami Marlins team earlier in the season, as well as an employee of the A’s organization testing positive for the virus, which forced the postponement of their series with the Houston Astros and put the brakes on the ensuing series in Seattle before it even started.

Partially because of this, Mets general manager Brodie Van Wagenen was caught saying that MLB commissioner Rob Manfred “just doesn’t get it.” Van Wagenen is almost certainly not the only one who feels this way.

Yes, baseball is being played, but there is next to no energy and a severe lack of enthusiasm for obvious reasons, with seemingly the only reason to go on with the season is for owners to line their pocketbooks and to justify paying their players.

And because of that, here we are. There will be no fans in the stands, and that is an absolute shame. Giants fans will not get to see Madison Bumgarner in person to give him the hero’s welcome that he deserves. And that is an injustice.

Brodie Van Wagenen is right. Rob Manfred does not get it. And he has had many chances to figure it out, and he has come up short each time, and this is perfect example of that.