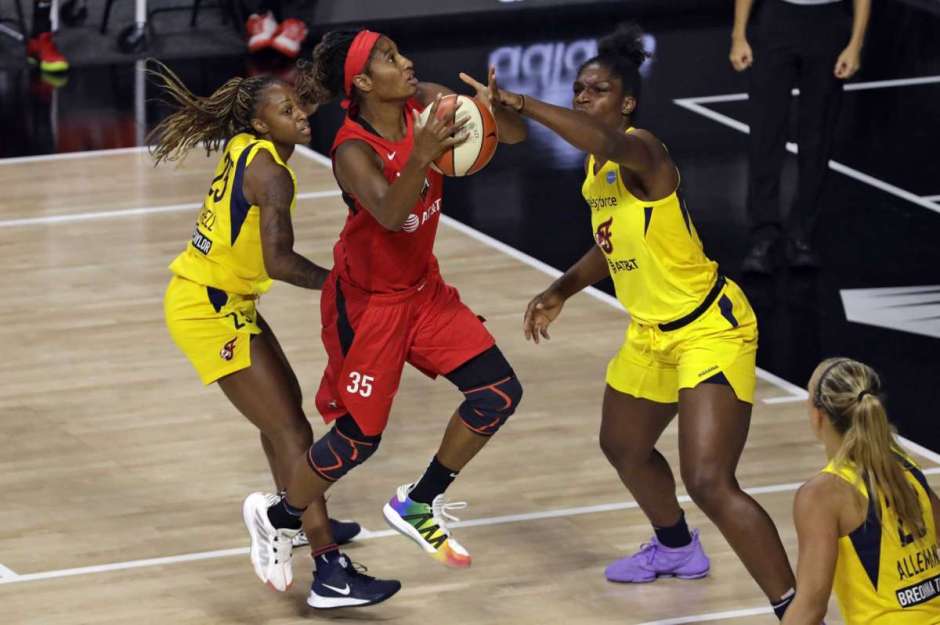 The Aces are on a hot streak.

Angel McCoughtry led the Aces with 20 points in a 98-79 win over the Indiana Fever at the IMG Bubble in Bradenton, FL.

Aces All-Star forward A’ja Wilson struggled going just 5 for 17 from the field, but her teammates picked her up as Jackie Young scored 17 and Kayla McBride added 15.

“Angel [McCoughtry] played well and Jackie Young is getting better by the minute,” said head coach Bill Laimbeer.  “Our energy level is what carried us.”

“They [Fever] made a lot of shots in the first half,” said Laimbeer.  “I made a little lineup tweak in the second half.”

The win was the Aces fifth straight victory which ties the franchise record since moving to Las Vegas.

The Aces improved to 6-2 on the season heading into their next game on Thursday against the 6-2 Minnesota Lynx.