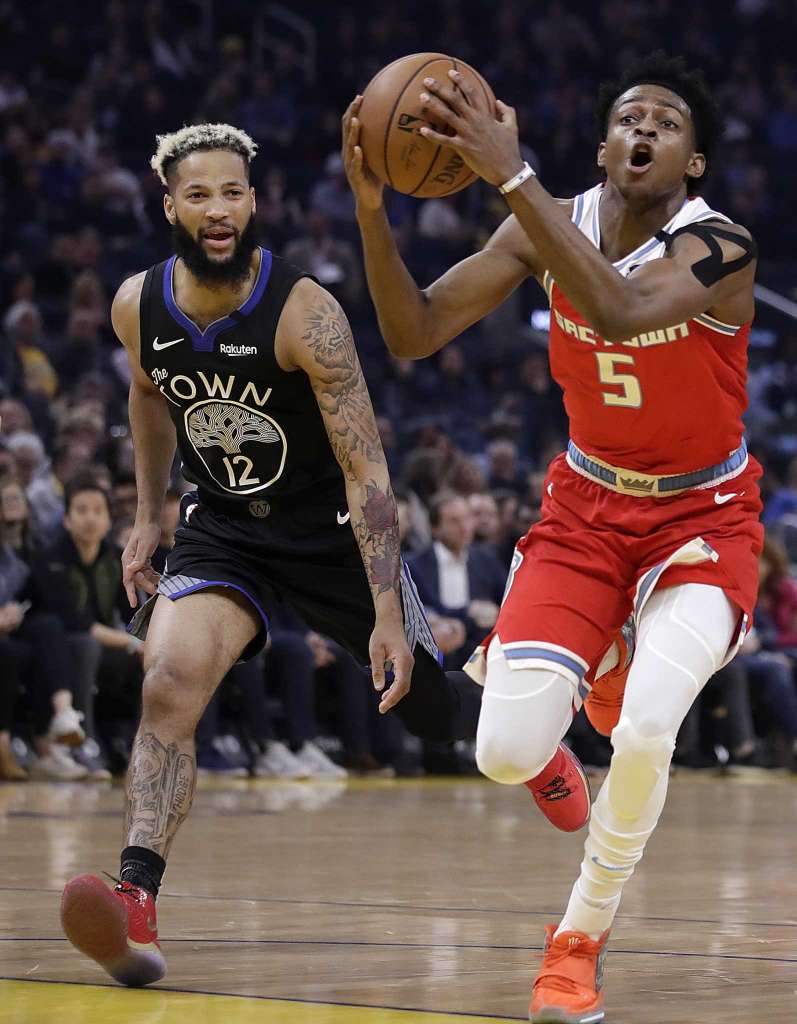 from sfgate.com: Sacramento Kings’ De’Aaron Fox, right, drives the ball past Golden State Warriors’ Ky Bowman (12) in the first half of an NBA basketball game Tuesday, Feb. 25, 2020, in San Francisco.

The Sacramento Kings hadn’t lost since the All-Star break. Beating the Grizzlies and Clippers since the break, the Kings looked to continue that trend on Tuesday evening against the Golden State Warriors. The Kings were looking to make it three in a row after the break. The tip-off was set for 7:30 PM PST in San Francisco.

In the first half, the game panned out just like we were thinking it would. The Kings to an early 6-1 lead and didn’t look back. As the Warriors struggled from deep (1-17) the Kings managed a 50% field goal clip to take a 55-43 lead into the break.

The Kings solid offensive output was accompanied by only five turnovers for two Warrior points. On the defensive end, the Kings also put together a solid half that they could build off going forward. Leading the way for the Kings in the first half was the resurgent Harrison Barnes who put up 16 points. For the Warriors, Andrew Wiggins scored 14 points. The Kings looked to continue the strong performance in the second half.

In the second half, things got dicey in the third. The Warriors managed to come back to within just two possessions as the Kings were unable to hit shots. The Kings went from an 18 point lead early in the third to an eight-point lead when the third quarter was over. The Kings needed to regain their composure and finish off what had been a strong performance. The score was 81-73 Kings on top headed to the final session.

The Kings managed to get the game back under control in the fourth quarter. The Kings stopped the bleeding and managed to start hitting their shots again. The Kings would hold off the Warriors and win by a final of 112-94.

Up Next: The Kings travel to Oklahoma City to take on the Thunder on Thursday at 5 PM PST.